These are the characters of Youjo Senki, note that spoilers for the light novel are marked and unmarked. 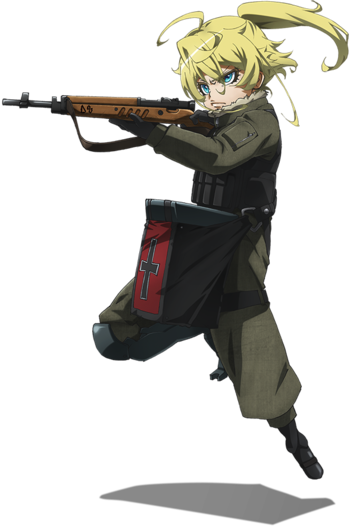 Tanya in Anime
Tanya in Manga 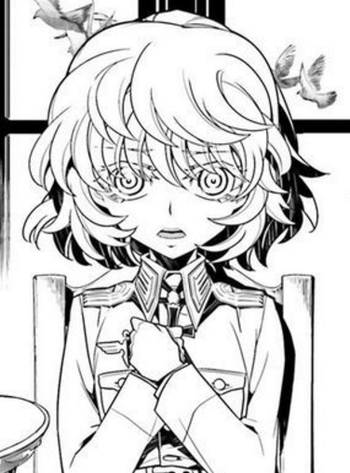 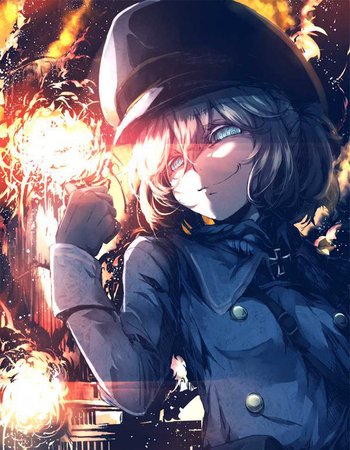 The main protagonist. Tanya is a 11-year old blonde, azure-eyed girl who is the reincarnation of a cold-hearted, ruthless, career-obsessed salaryman from modern Japan. Tanya has a high latent magical ability, and is the only one capable of using the Type-95 jewel due to Being X's interference. Tanya is quite ruthless and intolerant of failings in others—much the same as in her previous life, and employs several extreme punishments and training methods. She also introduces modern approach to warfare and military training into the Imperial army and finds loopholes in the international wartime law for such things as city artillery bombardment in Arene and urban night raid in Dacia. 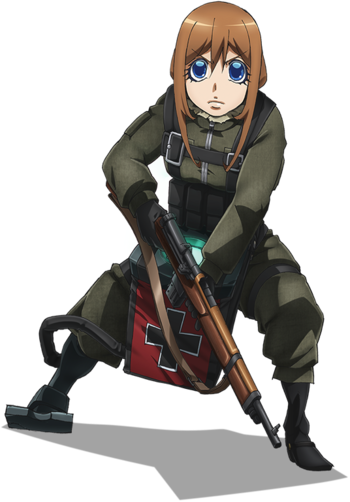 Visha in anime
Visha in Manga 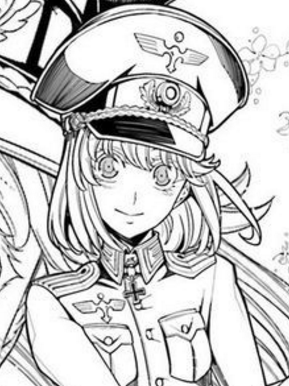 Voiced by: Saori Hayami (Japanese), Jeannie Tirado (English), Erika Langarica (Latin American Spanish)
Rank: Second Liutenant
Affiliation: Empire
Profession: Aerial Mage/Second-in-command of the 203rd Air Mage Battalion 1st Company
"I too am a soldier of the Empire! It may sound presumptuous, but I believe I am capable of completing this mission!”

Viktoriya is a Second Lieutenant in the Imperial Army and serves under Tanya Degurechaff. Viktoriya is in actuality a refugee from the Rus Revolution, and her family was originally a member of the Rus aristocracy. She and her whole family were forced to flee to the Empire, and later she was conscripted into the army. Having served under Tanya in the Rhine Theater, Viktoriya is more familiar with Tanya's true personality, to which she shows fear, but also respect. As a result of knowing Tanya, Viktoriya is more able to keep up with Tanya's mindset as compared to other soldiers. 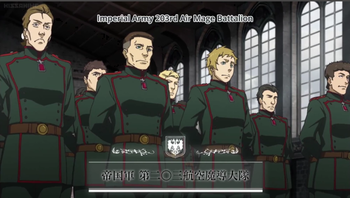 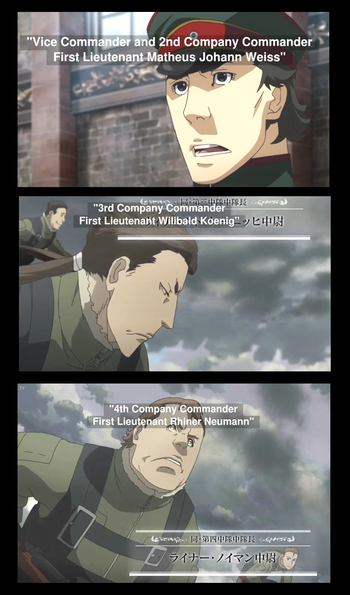 Imperial Army 203rd Air Mage Battalion is a rapid response force led by Tanya von Degurechaff, formed in the year 1925 to realize Tanya's suggestion of Attritional Containment Doctrine to Zettour. Known by their elusive "V601" codename in the future, they have been wiped out from history, with only their recruitment notice left as evidence of their existence. An elite force consisting of 48 active Aerial Mage with powerful Type 97 Elenium Orbs, giving them the capability to fly more than 8,000 feet above sea level and somewhat match Tanya's firepower and mana efficiency. An autonomous unit specialized in guerilla and covert missions.

He is the Vice commander and 2nd company commander of Tanya's Aerial Mage Battalion. He is a competent officer; even Tanya acknowledges him as someone she could delegate duties to aside from Victoria. However, he is also prone to stick to manual, and berated by Tanya for being inflexible in mind. He takes Tanya's criticism seriously and continues to improve himself under her guidance.

The most "troubled" of the soldiers under Tanya's direct command in the 203rd battalion. He often serves as the unit's conscience and suffers for it.

He is a Lieutenant Colonel in the Imperial Army Personnel Department and has known Tanya ever since she joined the military. He has seen Tanya's true nature during her time in training and views her as a monster in a little girl's body. He is determined to stop Tanya's career in the army because he believes she is a danger both to the Empire and the world in general.

He is the Deputy Chief of Logistics in the Imperial General Staff Office. Introduced in the anime as vice director of strategy and operations. He is the one who decided Tanya should control a new elite mage division after he heard Tanya's passionate talk about the future of the current war.

The Empire's main talented (but mad) scientist, inventing many useful weapons during the war. He is the one who invented Tanya's quad-core Type-95 computation jewel and later, the production model dual-core Type-97. Formerly, atheist, he becomes devoted to God after Being X blesses his newest creation, the Elenium-95.

A classmate of Tanya Degurechaff in their class during War College. 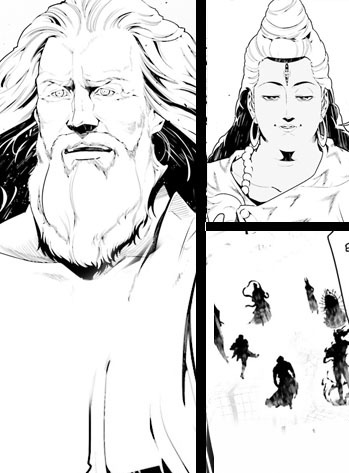 Being X with multi-facet in Manga
"If that’s the case, all I need to do is just throw you into that kind of environment, and you will start to believe and have faith again?"
Voiced by: Hideaki Tezuka (Japanese), Alejandro Villeli (Latin American Spanish)

A mysterious being that calls himself "God." He's fed up with people not being as faithful as they used to be. After the salaryman infuriates him further by refusing to believe in his existence and stating that in the modern world, God and faith are no longer needed, he decides to punish the salaryman by reincarnating him in an alternate world similar to early 20th-century Europe as a petite orphan girl named Tanya. If "Tanya" won't die a natural death or if she keeps refusing to have faith in Him, her soul will be sent to the void for the many sins that Tanya has committed in her previous life. 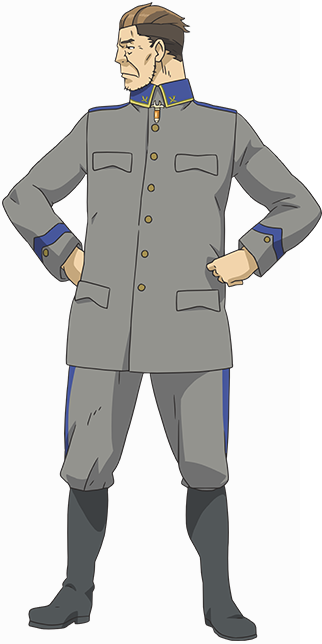 Anson Sue is the commanding officer of the Legadonia Federation's 5th Air Mage Battalion who is first seen when they encountered, at the time, Second Lieutenant Tanya Degurechaff during her first combat mission in Norden. He is a loyal soldier who cares a lot for his country, comrades, and family. Which is why losing half of his squadron to Tanya in their first encounter hit him hard. The second time Tanya and her first squadron not only annihilate the majority of his wing but also deliver a fatal blow to his country that brings their downfall.

He is the father of Mary Sue who will become Tanya's nemesis and also the trigger of Start of Darkness for his daughter, turning her from a sweet kid to a revenge-obsessed girl in later volumes.

Rank: Colonel
Affiliation: Francois Republic
Profession: Aerial Mage
"The Devil of Rhine? So they go straight to their big gun this time."

The commanding officer of the Republican's 2nd Air Mage Battalion, he is first seen reporting intel on The Devil of Rhine to his superior in anime. He met Tanya Degurechaff during the battle of Arene, as the leader of Aerial Mage Battalion who helps rebels of Arene fighting against Imperial soldiers. He is eagerly loyal to his country but tempered with calmness as shown by his sound judgment when the 203rd Batallion led by Tanya overwhelmed his men and ordered a withdrawal. 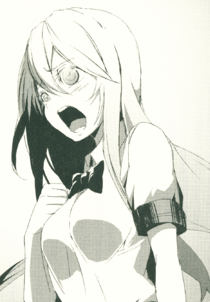 Mary in Light Novel
Voiced by: Haruka Tomatsu (Japanese), Tia Ballard (English), Alondra Hidalgo (Latin American Spanish/TV series), Nycolle Gonzalez (Latin American Spanish/movie)
Rank: Private First Class -> 2nd Lieutenant (Warrant Officer in the film)
Affiliation: Unified States/Entente Alliance
"I declare that for the sake of the peace I must protect and for the sake of the family I love, I will give my whole power! To make a world that no one else has to experience the sadness of losing their family to the Empire. And to enact God's justice! I swear by my good heart that believes in the Lord! May the Lord's grace be with me!"

Mary Sue, also known as Mary, the sole daughter of Anson Sue, a former citizen of Legadonian Entente Alliance who migrated to the US with her mother, leaving her father to defend their homeland. One of the main antagonists of the series, the ultimate rival and the tool used by Being X to stabilize a neutral war against Tanya von Degurechaff. The anime already foreshadows her future role, but please be aware of unmarked spoiler below.

Lavrentiy Beria is one of the leading figures of the Union's military. Has an unhealthy obsession with Tanya whom he intends to capture and make his wife.