The human characters of Peter Jackson's The Lord of the Rings and The Hobbit film trilogies.
open/close all folders
In General 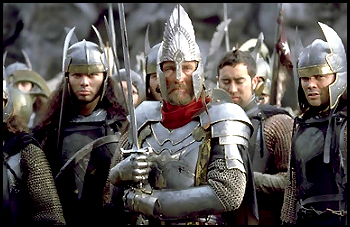 "Hold your ground, hold your ground! Sons of Gondor, of Rohan, my brothers! I see in your eyes the same fear that would take the heart of me. A day may come when the courage of men fails, when we forsake our friends and break all bonds of fellowship, but it is not this day. An hour of wolves and shattered shields, when the age of men comes crashing down! But it is not this day! This day we fight! By all that you hold dear on this good Earth, I bid you stand, Men of the West!"
-Aragorn
The Race of Men (Humans) are the last of the Free Peoples to come into existence (aside from Hobbits, who are really an offshoot of Men) and are the most easily swayed to darkness. The Elves call them "The Secondborn". They possess "the Gift of Men" — mortality and freedom from fate — and unlike the Elves (but like the Dwarves and Hobbits), they are mortal and so they age, die and depart the material world after death.

The greatest human civilization in Middle-earth's history was Númenor, home of the Dúnedain, or Men of the West. Númenor fell to hubris and its successor states were destroyed or weakened by Sauron, leaving only the crumbling kingdom of Gondor and the scattered Rangers of the North as heirs to Númenor's glory. Other than Gondor, the race of men live sparsely and separated across Middle-earth in smaller settlements and towns such as Bree, Rohan and Laketown and some in savage, nomadic tribes such as the Dunlendings, Easterlings and Haradrim.
Advertisement: 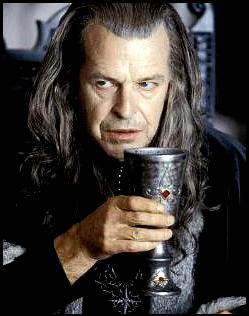 "The rule of Gondor is mine! And no other's!"

Appears in: The Two Towersnote flashback in the Extended Edition | The Return of the King

"Why do the fools fly? Better to die sooner than late. For die we must."
Denethor II, son of Ecthelion II, is the 26th Ruling Steward of Gondor, ruling from Minas Tirith in the absence of the King.
Faramir 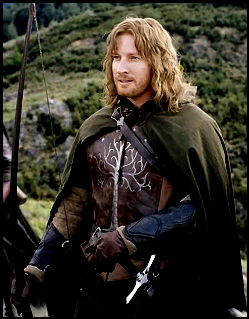 "I think at last we understand one another, Frodo Baggins."

"Where does my allegiance lie if not here? This is the city of the men of Númenor. I would gladly give my life to defend her beauty, her memory... her wisdom..."
Denethor's younger son and Boromir's little brother. Unlike his brother and father, Faramir does not enjoy combat or power politics, something that has led to him becoming The Un-Favourite of Denethor. However, despite his father's constant detractions, Faramir still tries his hardest to serve and protect Gondor from the invading forces of Mordor. Despite his distaste for violence, he is nevertheless an excellent soldier and captain of the Rangers of Ithilien, an order akin to the Rangers of the North, who ambush Gondor's enemies in its lost territory of Ithilien, as well as a deadly shot with a longbow.
Madril

A veteran Ranger of Ithilien and Faramir's second-in-command.
Elendil

The first High King of all the Dúnedain who died during the War of the Last Alliance.
Advertisement:
Isildur

The son of Elendil and the second High King of the Dúnedain. 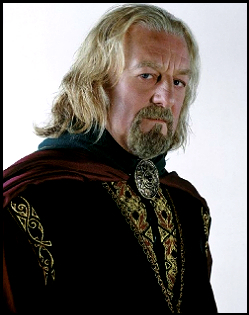 "Dark have been my dreams of late."

"Ride to ruin and the world's ending!"
King of Rohan, father of Théodred, uncle of Éowyn and Éomer. Théoden was betrayed by his servant Gríma Wormtongue, who enfeebled and confused him, and through whom Théoden was ensorcelled by Saruman. While Gandalf helped him come to his senses and freed him of Saruman's domination, the damage had already been done: his armies were in disarray, bands of wild men had ransacked the countryside, and his only son and heir was dead. Théoden faced the challenge of standing amongst legends in the midst of his failure to defend his people and his country. Eventually, he found his strength and rallied his people to their greatest victory at the Battle of Pelennor Fields, though at the cost of his own life.
Éowyn 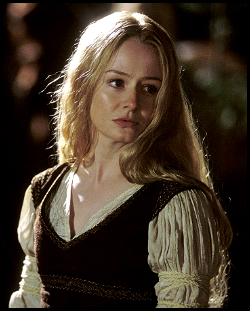 "The women of this country learned long ago, those without swords can still die upon them."

Appears in: The Two Towers | The Return of the King | The Lord of the Rings: The War of the Rohirrim (narrator)

"To mind the children, to find food and bedding when the men return. What renown is there in that?"
Éomer's sister, Théodred's cousin, and much beloved niece of Théoden... as well as Gríma Wormtongue. She's a dedicated shield-maiden of the Riddermark and does not hesitate to battle those who threaten the people of Rohan.
Éomer 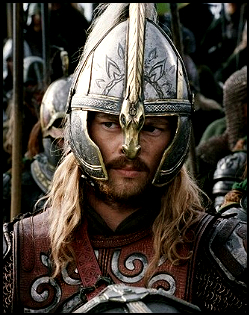 "Now is the hour! Riders of Rohan! Oaths you have taken, now fulfill them all, to lord and land!"

"Look for your friends, but do not trust to hope. It has forsaken these lands."
Théoden's nephew, Éowyn's brother, and Third Marshal of the great corps of mounted riders that are the main strength of Rohan. Gríma Wormtongue had him exiled to further throw the country into disarray, but Éomer was not so easily dissuaded. As Théoden's nearest male blood relative, the death of Théodred devolves the role of heir-apparent onto him. After Théoden's death, he succeeded him as King of Rohan, and joined Aragorn (as King Elessar of the Reunited Kingdom) in his great campaigns that refounded the Kingdom of Arnor, and defeated the Easterlings and Southrons once and for all.
Advertisement:
Gamling

Théoden’s lieutenant until his death. 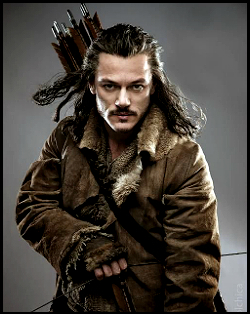 "If you awaken that beast, it'll destroy us all!"

"I was born and bred on these waters, Master Dwarf. If I wanted to kill you, I would not do it here."
Descendant of Girion, the last Lord of Dale before its destruction by Smaug. Extremely resentful of Thorin and the dwarves due to the threat they pose to his life and family in Laketown. One of the best archers in Middle-Earth and a captain of Laketown. Future King of Dale.
Bain 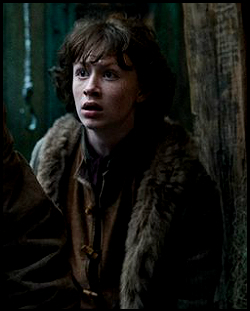 Bard's son and second King of Dale.
Sigrid and Tilda 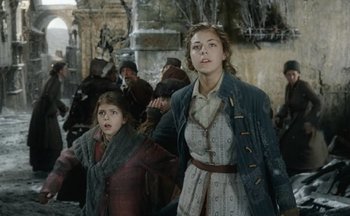 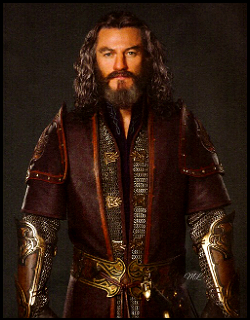 Appears in: An Unexpected Journey | The Desolation of Smaug

The last Lord of Dale prior to its destruction by Smaug. Led a last-ditch defense of the city that claimed his life and those of most of his soldiers and citizens.
The Master of Laketown

The Master of Laketown 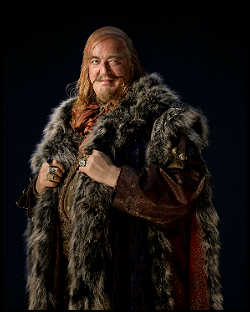 "Jobs, shelter, food. It's all they ever bleat about."

"And all this talk of a change must be suppressed. We can't afford to let the rabble band together, start making noises. The next you know, they'll start asking questions, forming committees."
The elected leader of Laketown, a large town built entirely on the Long Lake, and an all-around Slimeball. He's not a foe to the Company in The Desolation of Smaug since he provides genuine help to them before they reach the Lonely Mountain, but he holds a serious grudge against Bard, whom he considers a threat to his authority on the town.
Alfrid 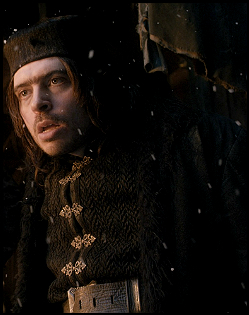 "It's the Master's business, which makes it my business."
The Master of Laketown's aide de camp and all-around slimy bureaucrat.