The unsorted characters from Peter Jackson's The Lord of the Rings and The Hobbit film trilogies.
open/close all folders
Beorn 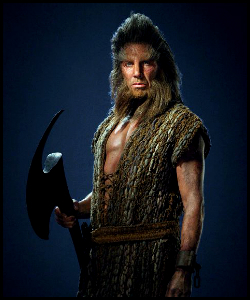 "I don't like dwarves, they're greedy, and care nothing about the lives of creatures they deem lesser than themselves. But I hate Orcs more. What do you need?"

"What did you go near goblins for? Stupid thing to do!"
Chieftain of the Beornings of Western Mirkwood. Also a shapeshifter with the ability to transform into a bear. 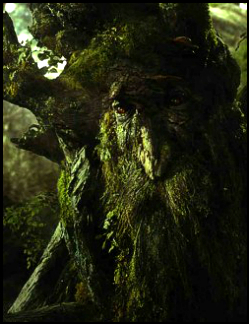 "There is no curse in Elvish, Entish, or the tongues of men for this treachery."

"I am on nobody's side, because nobody is on my side. Nobody cares for the woods anymore."
Treebeard, or Fangorn in Elvish, is the second-oldest being in Middle-earth (after the very first Elf to awaken far in the east, Círdan the Shipwright, still living in Middle-Earth), and the namesake of one of the only remaining primordial forests in Middle-earth. Despite his great age, Treebeard is not counted among the Wise, and is quite unsophisticated.

If you are not hasty, check out his self-demonstrating page. 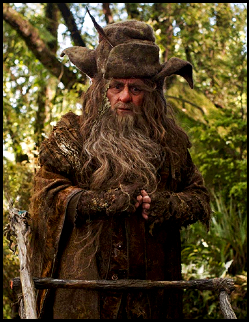 "A dark power has found its way back into the world."

"Just give me a minute. Um...Oh! I had a thought and now I've lost it. It was...it was right there, on the tip of my tongue! Oh! It's not a thought at all! It's a silly old... stick insect."
One of the five Istari sent to Middle-earth to aid the Free Peoples by the Valar. In addition to combating Sauron, Radagast was also given the additional task of watching over Middle-earth's flora and fauna by the Vala Yavanna (who he served as a Maia). By far the silliest-looking of their number, he is nonetheless a formidable foe of the evil infesting Mirkwood, and the first to realize the threat growing in Dol Guldur.
The Eagles

The Eagles of Manwë 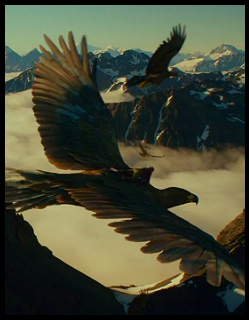 Appear in: An Unexpected Journey | The Battle of the Five Armies | The Fellowship of the Ring | The Return of the King

"Eagles! The Eagles are coming!"
—Pippin
Giant and sentient birds that are the heralds of Manwë and were originally sent to Middle-earth by the Valar to keep an eye on the exiled Ñoldorin Elves. They have since aided the Free Peoples in their fight against the evils of Morgoth and Sauron for millennia.

"Do you remember the Shire, Mr. Frodo? It'll be spring soon. And the orchards will be in blossom. And the birds will be nesting in the hazel thicket. And they'll be sowing the summer barley in the lower fields... and eating the first of the strawberries with cream..."
—- Sam
Hobbits are the main focus of the first half of The Fellowship of the Ring and supply the primary characters of the rest of the story. They're merely an offshoot of Men, but they and everybody else (except Elves) view them as a separate people. They're most notable for their small size, about three or four feet tall; Hobbits usually have curly brown hair (on their heads and the tops of their feet) and a light tan complexion, looking very much like small, plump Men. They live primarily in the Shire, where they blissfully ignore the rest of Middle-earth aside from the occasional traveling Dwarves, living lives of leisure, gossip, feasting, and frequent parties. Despite their softness, Hobbits have good common sense and sober up quickly when trouble comes calling, taking up arms to protect their communities.

A few Hobbits also live in the town of Bree, east of the Shire, where they mingle freely with the local "Big People" and are on the whole a little more worldly.

Like all Mortals, Hobbits have the "Gift of Men" (see below).
Rosie Cotton 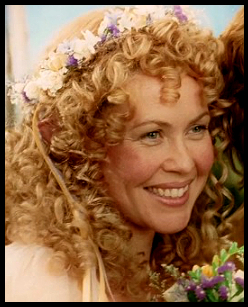 Appears in: The Fellowship of the Ring | The Return of the King 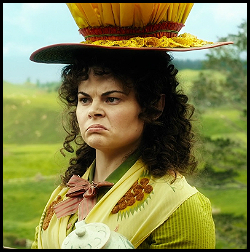 Appears in: An Unexpected Journey | The Battle of the Five Armies | The Fellowship of the Ring | The Return of the King

Appears in: An Unexpected Journey | The Fellowship of the Ring

Another wealthy but rather unpleasant hobbit; husband of Lobelia Sackville-Baggins. 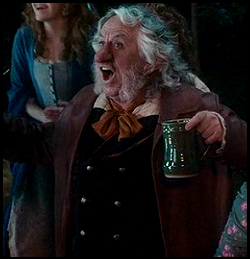 Appears in: An Unexpected Journeynote Extended Edition only

Patriarch of one of the two greatest Hobbit families and Thain of the Shire, the last (ceremonial) representative of the fallen Kings of Arnor. Grandfather of Bilbo and great-grandfather of Frodo.
Belladonna Took 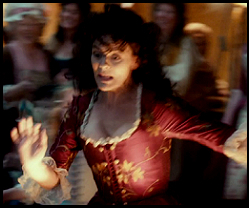 Appears in: An Unexpected Journeynote Extended Edition only

One of the Old Took's four daughters and Bilbo's mother.