Video Game / War in the North 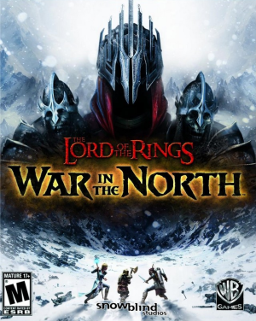 A hack'n slash game based around The Lord of the Rings license, one of several examples of No Problem with Licensed Games released in 2011 for the PS3, Xbox 360 and PC. It tells the story of an alternate Fellowship, ranger Eradan (Nolan North), elf mage Andriel (Laura Bailey) and dwarf Champion Farin (John Cygan) as they attempt to destroy a new menace in the North of Middle Earth, Sauron's sinister lieutenant Agandaur.

The game is a third person co-op Hack and Slash that can be played either online or locally with each character having melee and ranged attack.