Amanto is a term collectively used for the various alien species and factions that came to Earth and took over. Some of these Amanto look almost completely human, while others look like humanoid animals. The Harusame Space Pirates also consist entirely of Amanto. 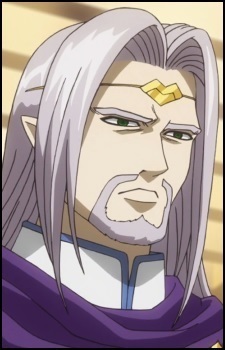 Admiral Shijaku is one of the founders of the Altana Liberation Army, an alliance of various planets dedicated to taking down the Tendoshu's control of their planets' Altanas. 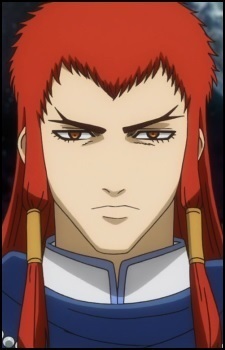 Enshou is the prince of Burei, a planet previously engaged in war with Shijaku. Following the Altana incident, he joins the Altana Liberation Army and becomes one of its hardline leaders. 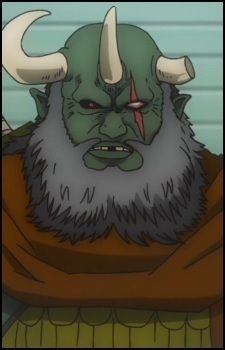 Leader of the Dakini forces hired by the Altana Liberation Army. 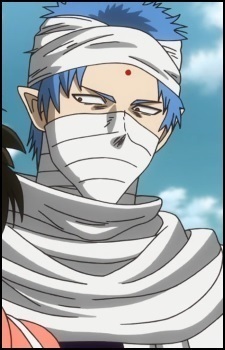 Leader of the Shinra forces hired by Altana Liberation Army. 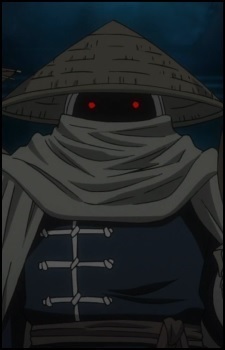 Leader of the Yato forces hired by the Altana Liberation Army. 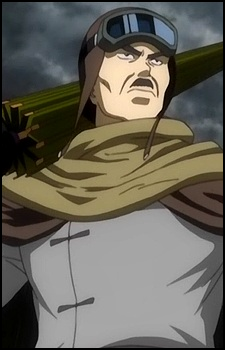 The father of Kagura and Kamui, he's another of the last members of the Yato Clan. He travels the galaxy as a famous alien hunter. Like all Yato, he fights using an umbrella. He is one of the few characters able to overpower Kagura. He first appears when aliens go berserk in Edo, and he uses the opportunity to take Kagura away with him, despite her desire to stay with the Yorozuya. He relents after fighting an especially powerful alien off together with Gintoki.

He makes a few appearances afterwards, first via a letter warning Kagura about Sadaharu, and then via his own day in the spotlight. He appears again after Gintoki defeats Hosen, warning him about Kamui, who now wants to fight Gintoki himself. 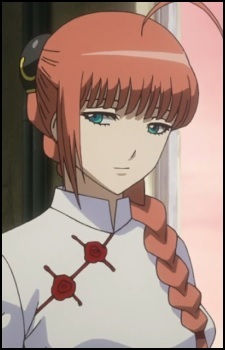 Kagura and Kamui's mother, Kouka was a strong and beautiful Yato. Like her other family members would she often hide her feelings behind sweet smiles. 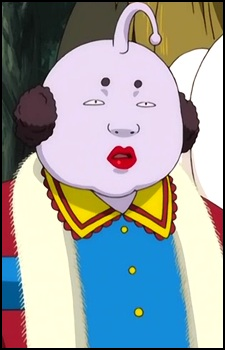 An Amanto prince that regularly visits Edo. He likes collecting unique and dangerous animal/alien species and when there is a Monster of the Week episode, he's usually the one at fault.

He really has little idea of how repulsive the rest of the characters find him. 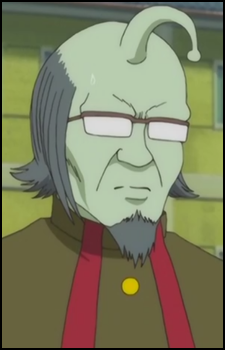 Prince Hata's not particularly loyal and brave butler — while he's quite eager to please the prince, he will not hesitate to throw him under a bus to save his own life. 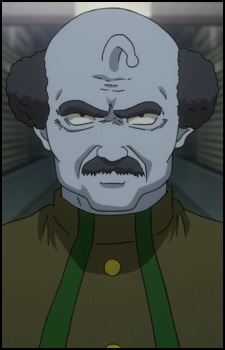 Dan is a retainer of Oukoku's royal family. During the king's final days, he supported Prince Barkas' bid for the throne and opposed Prince Hata's ascension. With Barkas' exile, he has sworn revenge against Hata and seeks to remove him from the throne. 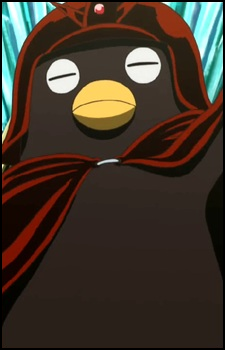 The leader of the Renho, a notorious Amanto mercenary clan (That all resemble Elizabeth), which seeks to take over Earth.

His true identity is that of Sagi, the central system of the Renho mother ship. 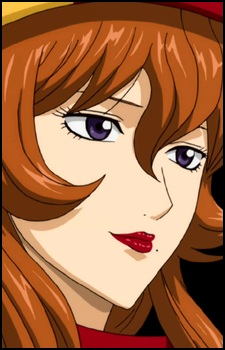 Fumiko is one of the Renho mercenary clan. She rebels against Dark Vader and the Renho to stop their invasion of Earth. 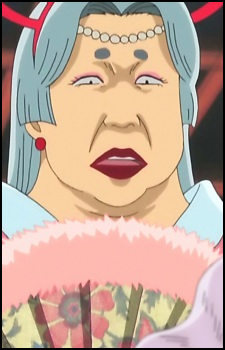 The ruler of the mythical Ryugujo, an underwater city populated by humanoid turtles. Ryugujo originally came from space, but was sunk into the sea on Earth. 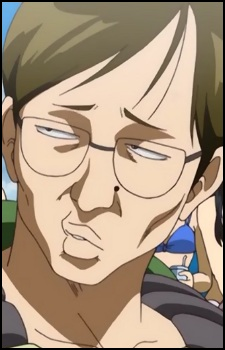 A turtle from Ryugujo. Once a captain of the guard, Kamenashi defected and rebelled against Otohime to stop her plans. 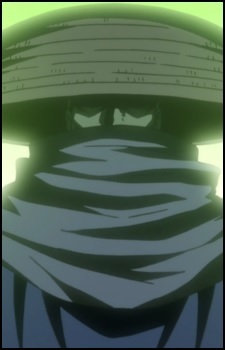 The Tendoshu is a mysterious council of twelve who rule various planets, including Earth, and are the true power behind the Bakufu. Most of the council consist of Amanto, except for Utsuro, the only human member of the group. Through Utsuro, the Tendoshu are supported by the cult of assassins known as the Naraku. The Tendoshu are the ones responsible for the Amanto's invasion of Earth and the various atrocities committed to take control of it.

The Tendoshu's rule over the various planets lie in their control of the Altana gates. The Altana is an energy source, said to be the lifeforce of a planet coalescing in a single place. It was eventually discovered how to harness that energy, which was used by the Amanto to rapidly advance technological development, but which also led to countless wars for control of the Altana gates. After a non-aggression pact was formed, the Altana Preservation Society was founded to monitor the Altanas. The Altana Preservation Society later morphed into the council of the Tendoshu, as they had sole access to the energy source. 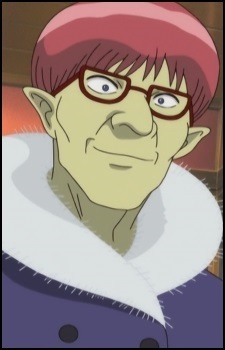 The very first villain of the series, an Amanto who harasses Tae and Shinpachi for the money their father owes him. While he initially tries to get them to hand over the dojo because they can't pay, he instead decides to recruit Tae for an illegal flying sex club known as No Underwear Shabu Shabu Heaven (High-Leg Shabu Shabu Heaven in the anime). While she goes along with it in order to save the dojo, Shinpachi and Gintoki chase after them to save her. After crashing his ship into the sea, he is arrested by the police for his illegal activities. 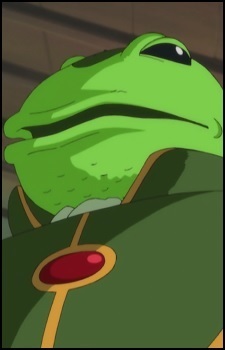 An Amanto who serves as an official in the Bakufu. He is in cahoots with Daraku of the Harusame Space Pirates and assists them in their sale of illegal drugs by keeping the Bakufu out of their business. After Gintoki and Katsura beat Daraku, rumors of his involvement in the trade spreads, leading to the Anti-Foreigner Faction chasing after him. He is then protected by the reluctant Shinsengumi, whom he continually insults until they use him as bait to lure out the rebels. After the rebels are defeated, they expose his crimes to the public. 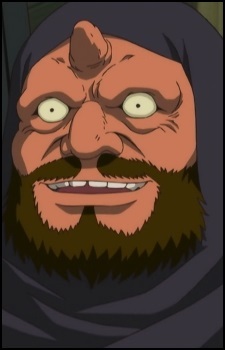 An Amanto of the Genbu Clan. He seeks to become the strongest warrior in the galaxy and is looking for the legendary sword known as the "Star Destroyer". To find the sword, he has been hunting swordsmen on various planets, stealing their swords after defeating them. He eventually ends up on Earth and sets his sights on Gintoki's bokuto, which Kagura is trying to sell off at the time. 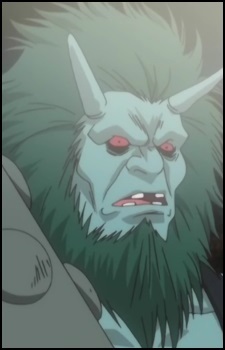 The first of the Dakini warrior race to appear in the series, Onijishi is hired by the organisers of the Rengokukan fighting arena to kill the former champion Kidomaru. After killing him, Onijishi takes his place in the arena as the unstoppable champion. When the Yorozuya come to crash the arena and avenge Kidomaru's death, Onijishi fights Gintoki and loses after a short battle.

Bubbles is a gorilla princess from Planet Shojo, arranged to marry Kondo as part of an alliance with Japan. 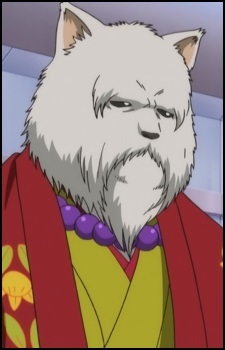 The king of the planet Catnip, he has secretly come to Edo to collect the balls of the stray cats there. He has grown old without producing any heirs and while he now has a new wife, he can no longer "get it up". As such he intends to use the cat balls to produce the aphrodisiac Catnip Omega to revive his sex life. 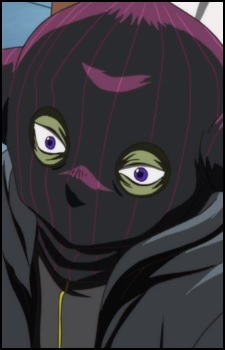 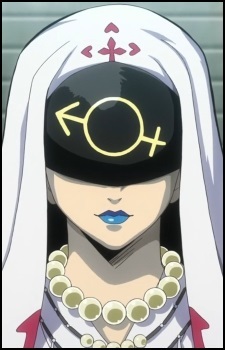 The Archbishop is the leader of the religion known as Dekobokkoism, which follows the god Lord Dekobokko. The core members of the religion are hermaphrodites and they strictly enforce gender roles on others. Their extremist ways have led them to become wanted across the galaxy. They set their eyes on Earth and change the genders of everybody in Kabukicho as punishment for blurring the gender roles. They also threaten to change the genders for all the people of Earth if they do not accept Dekobokkoism as the state religion. 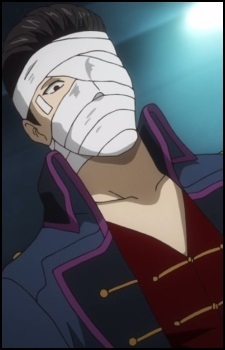 Leader of the Second Division of the Chidori Space Pirates, which was once an organization rivaling the Harusame. He used to supervise the Fleet Admiral's daughter and had plans to shape and rule beside her. Unfortunately for him he encountered Sakamoto, who ended up taking both the daughter and his fleet, turning them into the Kaientai. With the Chidori now a broken shadow of its former strength, the Captain seeks revenge against the people that stole his fleet and ruined his ambitions.