The Bakufu is the government of Japan, which is led by the Tokugawa Shogunate, though it is in reality controlled by a council of Amanto called the Tendoshu. 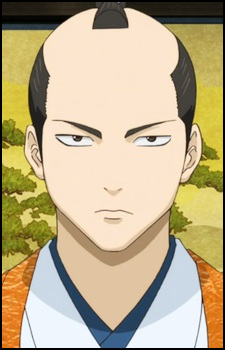 Also known as the Great General, he is the ruling Shogun of Edo in the Gintama world. He is a close friend of Matsudaira. 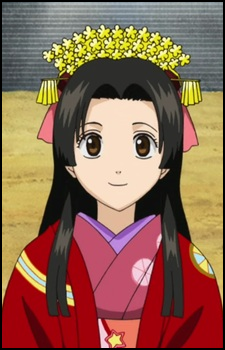 Shigeshige's little sister. She occasionally sneaks out of the palace because of boredom and loneliness. She met Kagura at one time and they have been good friends ever since. 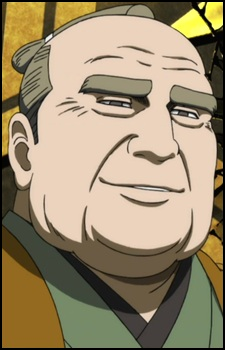 Shigeshige's uncle and predecessor as Shogun. Despite having retired, he secretly controls the government from behind the scene. He made use of Suzuran's popularity, at the time Yoshiwara's highest ranking courtesan, prior to and during his reign to trap and assassinate his political rivals. He's also the one responsible for having cut off her lover Maizo's arm. 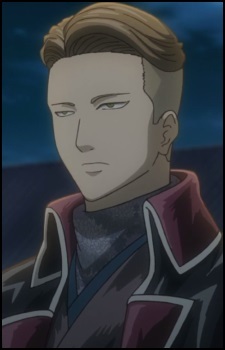 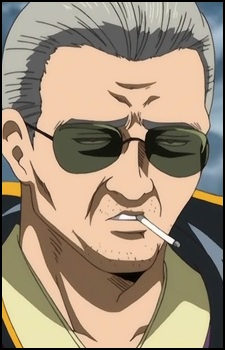 An infrequently recurring character, as the head of national police he acts as the direct superior to the Shinsengumi and reports to the Shogun. He's often regarded as a dangerous, paranoid nutcase who resorts to violence at the first sign of provocation and sees potential assassins everywhere around him. In addition, he is extremely protective of his daughter, Kuriko, often ordering the Shinsengumi to assist him in shadowing any dates she goes on.

Although appearing to be an unstable lunatic, he is highly devoted to his job. Unlike Kondo, he is unable to sympathize with the Shinsengumi on a personal basis as he is not in direct command of them, but he holds the safety and well-being of the country and its people in high priority. 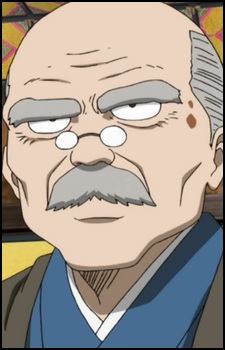 A loyal retainer of the Tokugawa Clan, noted for his service in keeping the former Shogun alive in a time of political turmoil. As proof of his loyalty, he lost his left arm in service to Sadasada.

He raised the orphaned Shigeshige and Soyo, and currently serves as Soyo's personal retainer. It is revealed that he was once Suzuran's lover and the one she made a promise to leave Yoshiwara with. Sadasada had learned of the promise and cut off the arm he made the promise with, as well as forbidding him to go see her on the pain of death for both of them. 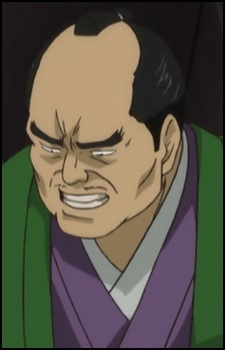 Toyama is a corrupt magistrate in Edo, known for taking bribes and flaunting his wealth. He seemingly captures Elizabeth in order to lure in Katsura and kill him, which will increase his status in the Bakufu. In order to save Elizabeth, Katsura gets help from the Yorozuya and Sacchan, briefly taking ninja training and forming the group called the Go-Ninja. When they storm his mansion, they clash with Zenzo and his Shinobi Five, who have been hired by the magistrate. After the Shinobi Five and the magistrate are defeated, it's revealed that the Elizabeth he held captured was actually a fake. 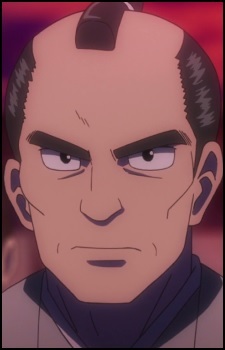 An old childhood friend of Shigeshige and an official working for the Bakufu. When he learns Shigeshige is in trouble, he goes to pledge his political support. 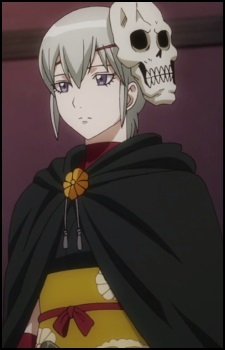 A rogue member of the Ikeda Clan, which comprise a long line of sword testers and executioners for the Bakufu. She is on the run for supposedly murdering the clan's former head, who had previously adopted her. She grew up and bonded with her adoptive brother, who would eventually take on the position as the clan’s head and the name Yaemon. It's quickly revealed that the former head had aided a number of criminals to escape because he believed them to be innocent. The matter was handled within the clan, allowing him to commit seppuku with Asaemon as his assistant. 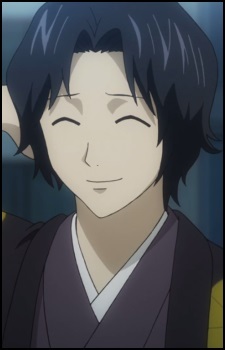 The current head of the Ikeda Clan, which comprise a long line of executioners for the Bakufu. He serves as the Bakufu’s official executioner and sword-keeper, which means that he controls and distributes swords for the Bakufu, and is also responsible for testing them on the corpses of criminals. 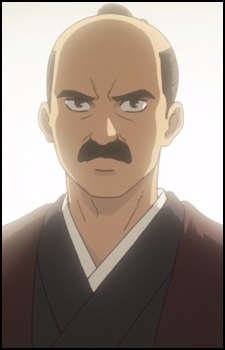 The previous head of the Ikeda clan, who also served as the royal sword-keeper and official executioner for the Bakufu. He adopted Asaemon and raised her along with his own son, training them both to eventually succeed him as the next Yaemon and head of the clan.

Unfortunately for the clan, it was eventually discovered that he had released several prisoners that were due for execution, having believed them to be innocents. To prevent this information from leaking out and shaming the clan, the matter was handled internally, allowing Yaemon to commit seppuku with Asaemon as his assistant. 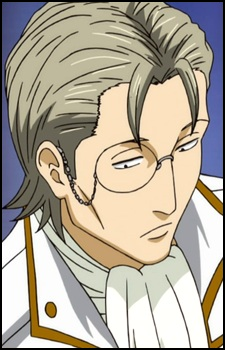 The leader of the newly-established and significantly more illustrious Mimawarigumi. He comes from an elite samurai family, with the skills and training to match. He's polite and disdainful—but his personality changes completely when he uses emails, becoming sickeningly sweet instead.

At the end of his first appearance, he was shown amiably conversing and plotting with Shinsuke Takasugi, suggesting an alliance between the two. He's also backed by the Hitotsubashi faction, which is opposed to Sadasada and seeks to install Nobunobu Hitotsubashi as shogun. 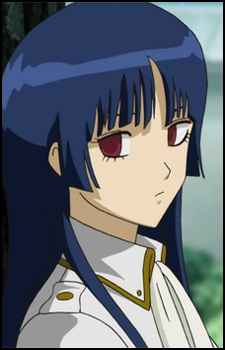 The Vice-Commander of the Mimawarigumi. A cold and highly efficient assassin with a surprising fondness for donuts.

It is later revealed that she used to work alongside Oboro in the Naraku and was known as Mukuro, with a tattoo on her neck to show for it. However, she has made it clear that she has no intention of joining forces with him and remains loyal to Isaburo. 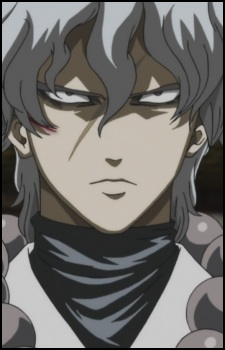 The leader of the Naraku, a secret assassination squad employed directly under Sadasada Tokugawa, but is actually serving the Tendoshu.

He was the one responsible for Kansei Purge which eradicated most of Anti-Foreigner Faction of the past including the falsely accused Shoyo Yoshida. 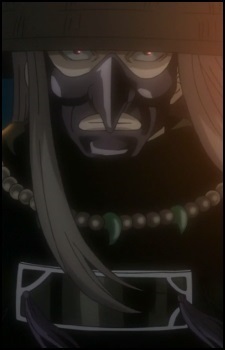 First leader of the Naraku, who rose to become one of the Tendoshu. 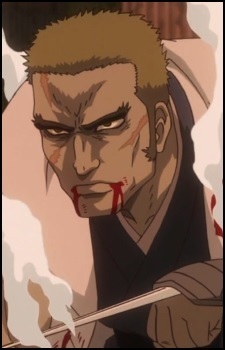 The last of the Three Feathers of the Naraku, the top three members of the group.