The Harusame Space Pirates are a galactic crime syndicate which eventually comes into conflict with the Yorozuya. 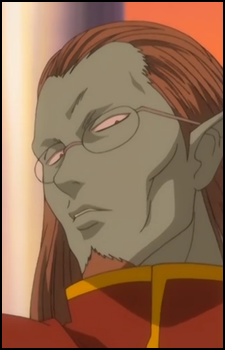 The first of the Harusame Space Pirates encountered in the series. A drug mobster whose connections to major Bakufu officials allow him to continue his work. He comes into conflict with the Yorozuya when they look around his business in search of a missing person. His defeat leads to the Harusame allying with the Kiheitai in order to get Gintoki and Katsura's heads. 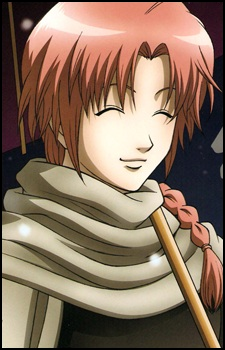 Kagura's older brother. He is the leader of the Harusame's 7th division. He left his family after challenging his father and cutting off his left arm. Although he is almost always smiling cheerfully, he is in fact a violent fighter who lusts for blood, like the majority of the Yato clan. 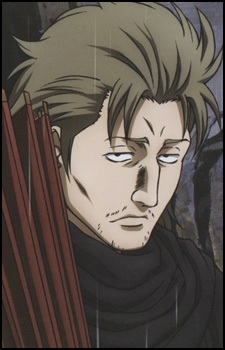 A proud veteran Yato who assists, counsels and follows Kamui around.

He's not without credentials and, like all Yato, has a rather violent streak despite his apparent laid-back, collected attitude. He is about the only person Kamui considers a friend and the only one he might listen to. He lost his left arm during the Yoshiwara Arc while stopping Kamui and Hosen from fighting. 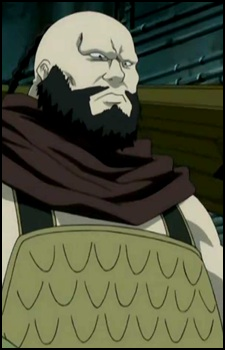 A Yato member of the 7th division who works for Kamui. 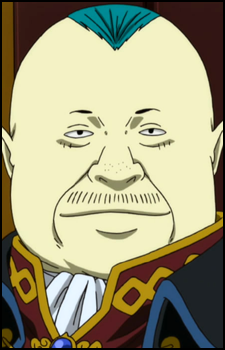 Admiral Abo is the incompetent leader of the Harusame space pirates, though he in reality answers to the so far unseen elders who control the Harusame through him. 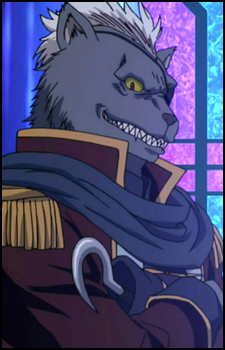 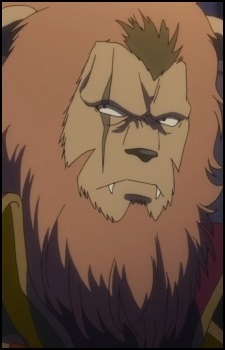 Leader of the 1st division. He has served the Harusame for a long time and is considered to be their oldest veteran. Dubbed the Beast King. 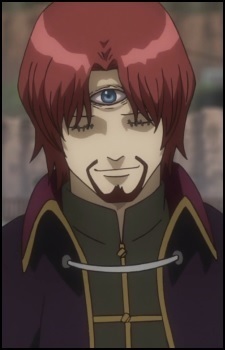 Leader of the 2nd division, Batou is the best swordsman in the Harusame. Alongside Shoukaku and Hankai he forms the Three Mad Stars, a trio of the most dreaded criminals in the Harusame, among which he holds the nickname Pluto. He used to be a mercenary and fought in the Amanto War on Earth, where he encountered but failed to kill Gintoki. 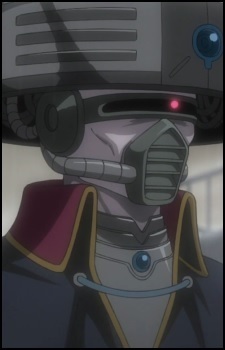 Leader of the 3rd division, Hankai is one of the Three Mad Stars alongside Batou and Shoukaku, with the nickname Uranus. Unlike the rest of the Harusame pirates, Hankai has no soldiers in his division, instead making use of nanomachines to take control of the enemy. 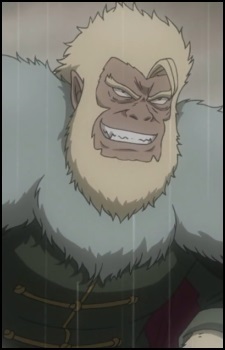 Leader of the 4th division, Shoukaku is one of the Three Mad Stars alongside Batou and Hankai, with the nickname Neptune. 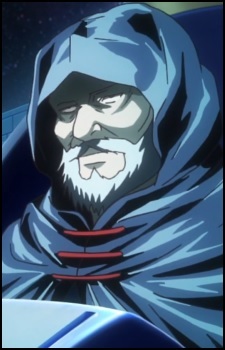 The Elders are the true leaders of the Harusame Space Pirates. They are a council of old men who control the organisation through their puppet Admiral Abo. When Kamui kills Abo and takes the position of Admiral for himself, he comes into conflict with the Elders, who take steps to remove him from leadership. While they are not fond of them, they are allied with the mysterious Tendoshu.