The main characters of the series, the Yorozuya Gin is a freelancer business in the red light district of Kabukicho in Edo. 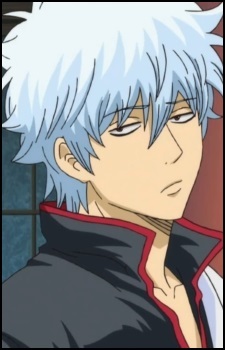 A lazy, washed-up samurai living in an era when samurai are no longer needed. Gintoki resides with his friends Kagura and Shinpachi, taking on odd jobs to make the world a better place and to pay off their rent. The three of them run a freelancer business known as Yorozuya Gin (Odd Jobs Gin).

During the Joi War, he was known as the Shiroyasha or "White Demon" due to his silver hair and white coat he wore in battle, which, combined with his impressive capabilities as a swordsman, made him famous among his comrades and struck fear into the hearts of the Amanto. He fought the invaders until he realized the lack of sense in doing so, leading to him choosing to instead make a living as a freelancer for hire in Edo.

Gintoki has an insufferable sweet tooth and is also obsessed with acquiring and reading the Weekly Shōnen Jump. Despite his uncaring attitude and brash behavior, Gintoki has a great amount of pride for the old bushido code and will go to great lengths to protect anyone in trouble, be it those he considers close comrades or complete strangers. 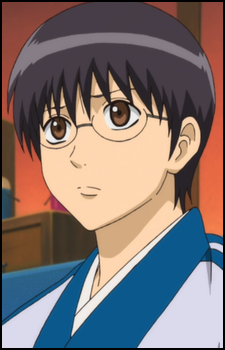 A 16-year-old samurai-in-training who joins Gintoki in hopes of studying under him. He stays at his family's dojo along with his older sister Otae Shimura. Although he commonly criticizes Gintoki's lazy behavior, Shinpachi comes to regard him as a very important person to him in the same fashion as Kagura.

Despite his meek, scholarly appearance, Shinpachi is a more than competent swordsman. He serves as the captain of the "Otsu's Imperial Guard," a fan club devoted to the famous idol singer Otsu and takes his role seriously. 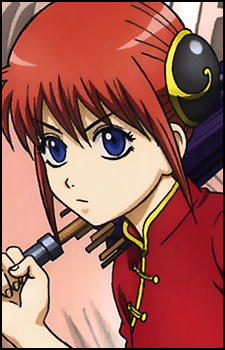 Seemingly an innocuous, carefree young girl of Chinese descent, Kagura is actually an alien belonging to the Yato Clan, one of the strongest and most bloodthirsty of the Amanto races. Because of her Yato blood, she is extremely strong and an incredibly fierce and capable fighter, able to singlehandedly take down multiple enemies, crush vehicles with her bare hands, and regenerate from wounds sustained in combat. She came to Earth to earn money for her family, and to escape her violent Yato heritage, which she staunchly rejects.

Kagura and Gintoki's relationship is very much a father-daughter one and she is highly protective of him, often affectionately referring to him as Gin-chan. Kagura also has an unusually strong appetite and is often seen devouring mountains of food or complaining that she's hungry. She is often seen with or riding atop of her gigantic pet dog Sadaharu. 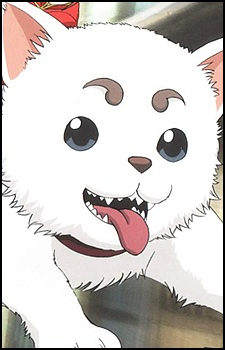 A huge dog that was abandoned on their doorstep by a pair of Miko sisters. At first Gin and Shinpachi weren't too keen of the idea of Sadaharu living at Yorozuya, thanks to his habit to chew on anything smaller than himself (including humans), but as the time has passed in series they have become attached to him too and he has become tamer and friendlier towards everyone as well, even letting Kagura ride on his back regularly. Shinpachi and Gintoki too, when the situation is serious enough and they need to get somewhere fast.

Sadaharu was named after Kagura's first pet rabbit which she accidentally killed while having a nightmare. After that incident, she vowed to never go near animals again, were the same thing happen again. Since Sadaharu is pretty strong himself, she doesn't have that problem with him. After seeing how important that is to Kagura, Gintoki agrees to take him in.