Yoshiwara is a red light district built into an underground shipyard in Edo and ruled over by a tyrannical Amanto warlord. Because of connections to the Bakufu and the Harusame, Yoshiwara is allowed to act as an independent city with its own laws. 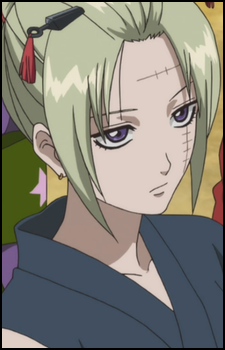 The leader of the Hyakka (Hundred Blooms), Yoshiwara's law-enforcement squad which consists solely of women, deployed by the Night King Hosen.

A competent Action Girl, she is also known as the "Courtesan of Death", which means she doesn't serve as an actual courtesan, rather she protects them from unsavory patrons and general aggression. She scarred her own face to reject her identity as a woman at her master's request. Her loyalty and home lies with Hinowa who looked after her when she was a child.

Despite initially appearing to be Hosen's loyal enforcer, she is quick to defect and become allies with the Yorozuya when they try to reunite Seita with Hinowa. Starting out she is cold and reserved, but the Yorozuya are able to make her open up to others, for which she thanks them. She also appears to develop feelings for Gintoki, but firmly denies it when she is teased about it. 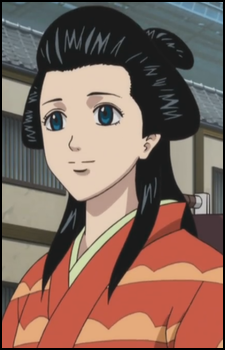 The highest ranked courtesan in Yoshiwara and Seita's mother, Hinowa is a close friend to Tsukuyo and the object of Hosen's "affection". She took care of little Tsukuyo when she was sold as an apprentice courtesan. Hinowa once tried to escape Yoshiwara with Seita shortly after his birth but Hosen, who was already obsessed with her, wouldn't have any of it and caught up to her. He had her heel tendons sliced up so she couldn't walk anymore as punishment for having dared to run away from him. It is also revealed that Hinowa adopted Seita after his actual mother died giving birth to him. 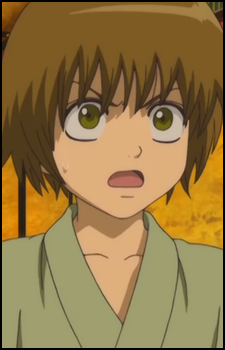 Seita is a young Street Urchin who tries to survive on his own after his caretaker died. He lives by pickpocketing on the streets of Kabukicho so he can save enough money to meet his mother Hinowa, the highest ranked courtesan in Yoshiwara.

One day, he tries to steal from Gintoki but gets outdone by him and eventually agrees to work for Otose to get the money he needs. The Yorozuya end up taking on Yoshiwara's ruler Hosen to reunite him with Hinowa. It is revealed that his actual mother died giving birth to him and that Hinowa adopted him as she was forbidden to carry a child herself. 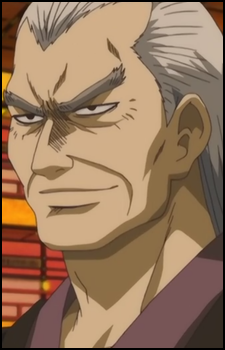 Known as the King of the Night, Hosen is the ruler of Yoshiwara and a high official within the Harusame Space Pirates. He also once ruled over the Yato clan as well. He is of comparable strength to Umibozu, the most powerful alien hunter in the universe and one of the few Yato who opposed Hosen's rule. He founded the 7th Division of the Harusame, composed entirely of Yato, of which Kamui later would become the youngest leader after Hosen stepped down to live out his retirement in Yoshiwara. 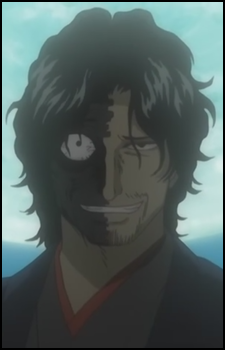 A drug mobster who starts to set his views on Yoshiwara after its liberation. He is actually a rogue member of the Oniwabanshū and Tsukuyo's long gone master who came back to meet his pupil and see if she had become the woman he wanted her to be. Disapproving of her beginning to bond with and rely on other people, he captures Tsukuyo and tries to maim her so she can leave behind everything that could make her a regular woman. 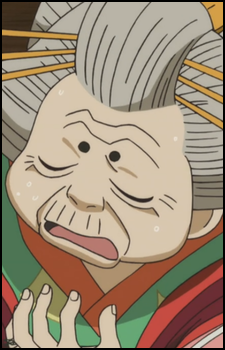 A formerly legendary courtesan who was known as the highest ranking in Yoshiwara in her youth. She was also a favorite of the former Shogun, Sadasada Tokugawa.

She once made a promise to leave Yoshiwara with her loved one, who never returned to her. Learning of the promise, Gintoki and Tsukuyo set out to reunite her with her lover. While they initially presumed Sadasada was her lover, it is revealed that he only used her to lure his rivals to their deaths. Her lover actually turns out to be Sadasada's retainer, Maizo, whose promise to Suzuran had been found out by Sadasada, causing him to prevent Maizo from meeting Suzuran on the pain of death for both of them. 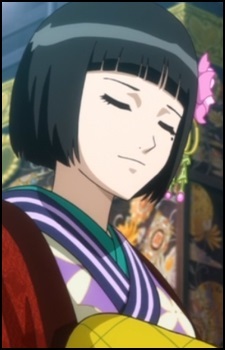 A courtesan of Yoshiwara.