Characters / Dropkick on My Devil 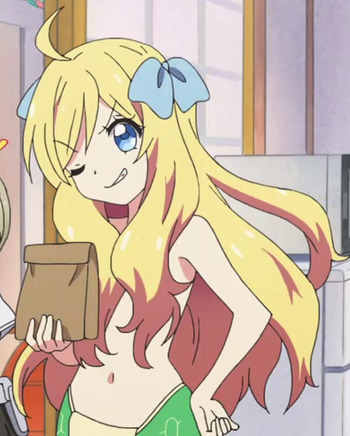 The main character of the series. A lamia that Yurine accidentally summoned while dabbling in occult magic. However since Yurine doesn't know how to send her back, Jashin tries to kill her to break the spell to repeated failure. When not doing that, she mills around the apartment and does chores while Yurine's away. 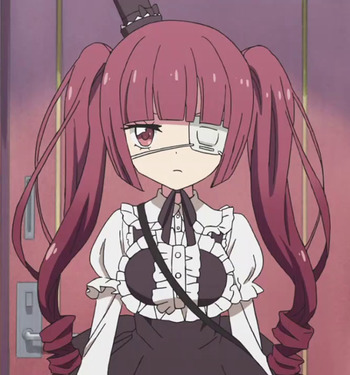 A college student who accidentally summoned Jashin. She agrees to find out how to send her back to Hell, though Jashin constantly tries to cut out the middle man and kill her to speed up the process. However, Yurine is much tougher then she looks and will punish Jashin if she does something that displeases her. 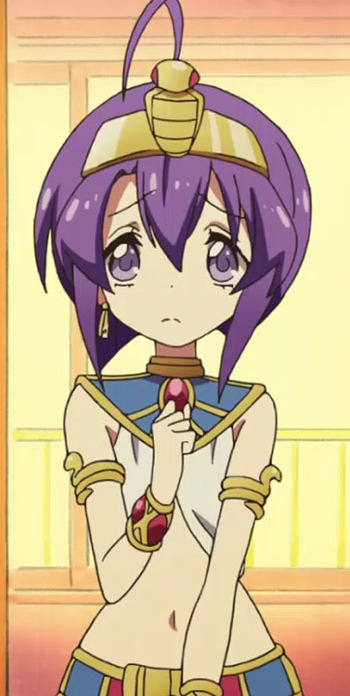 Jashin's closest person and a gorgon. Despite being a devil, she's actually very nice and timid. Trying her best to keep Jashin out of trouble. 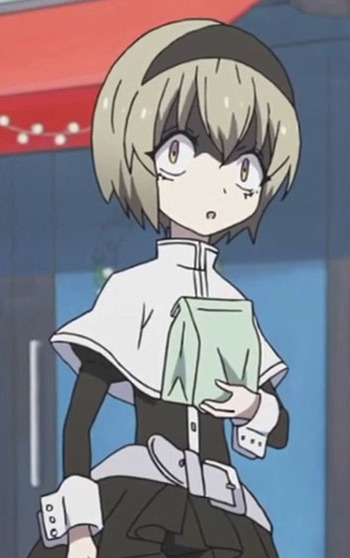 An angel on the hunt for devils...only she lost her halo when she landed on Earth and is virtually powerless without it. 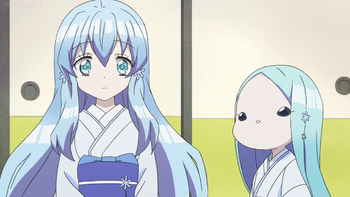 Yusa on the left. Kori on the right.

Two ice demon sisters that Jashin and Yuri come across now and then. 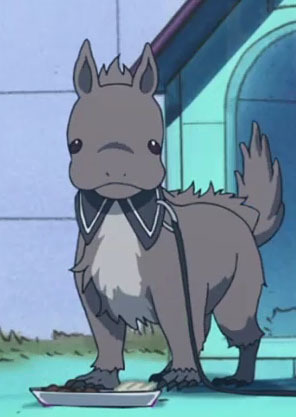 A demon dog and apparently The Beast of Gévaudan that Yurine took in, much to Jashin's chagrin. 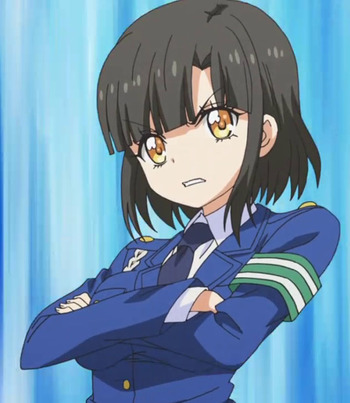 A police woman who's infatuated with Jashin. 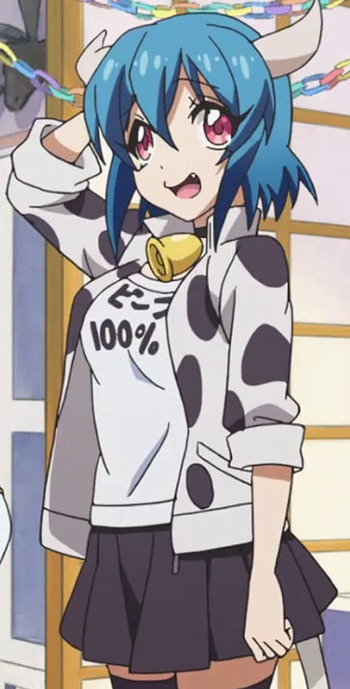 A female Minotaur and another childhood friend of Jashin and Medusa. 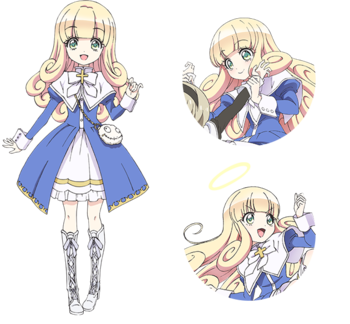 A blonde-haired angel who is formally Pekola's apprentice. Seeks to kill her so that she could take her place as a fully-fledged angel. 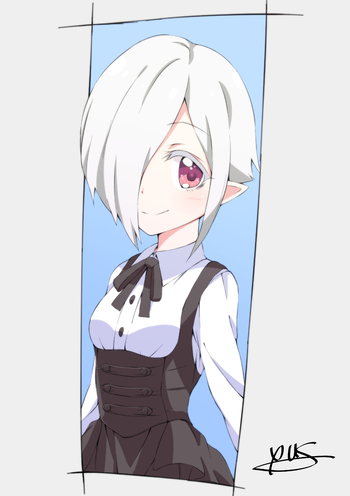 A demon girl who came from Hell to find Jashin.

Baphomet
The supposedly legendary demon that the Knights Templar were said to reverie. Acts as the narrator of the series.
Pino 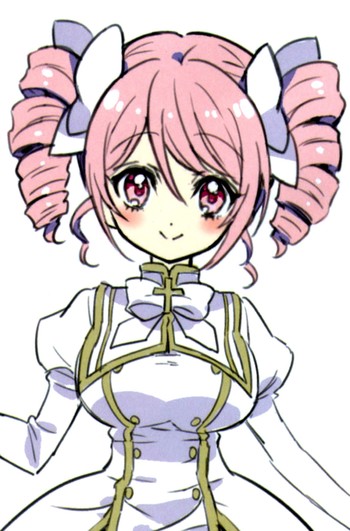 A pink haired angel, and Pekola's second apprentice. She was sent to Earth to kill Pekola and Poporon as punishment for befriending the Yurine and devils (So she says anyway).
Kyon-Kyon 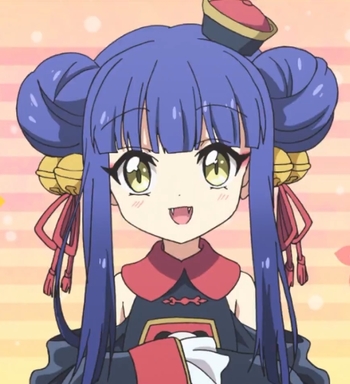 A Jangshi that the group meet while at a beach. Hailing from Hell China, she has come to the human realm with the goal of becoming a human. 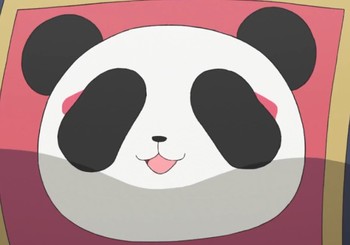 As the imprint on Kyon-Kyon's dress. 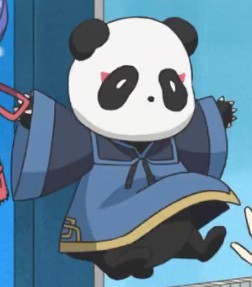 As a panda outside the dress. 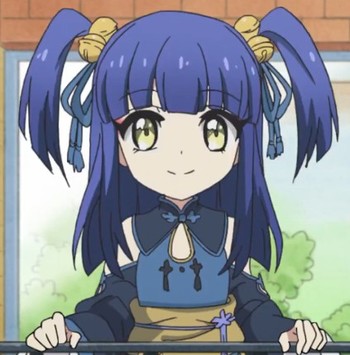 Kyon-Kyon's sister, likewise a Jingshi. She got turned into a panda by a psychic panda the two saw at a zoo in Hell's China and lives as the imprint on Kyon-Kyon's dress. The sisters are trying to find a way to break the curse. 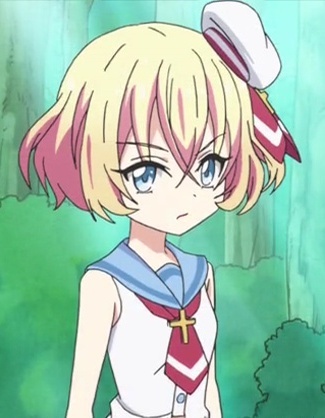 An angel who's the supervisor to Pekola, Poporon and Pino. After all three end up stranded on Earth, she ultimately comes down to see what the heck is going on with them.