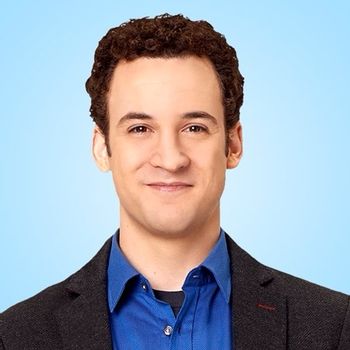 The protagonist, a neurotic everyman from suburban Philadelphia who grows from a young boy to a married man over the course of the series.

In the Sequel Series Girl Meets World, Cory is still married to Topanga, and has followed in Mr. Feeny's footsteps and become a history teacher—specifically, his daughter's history teacher. 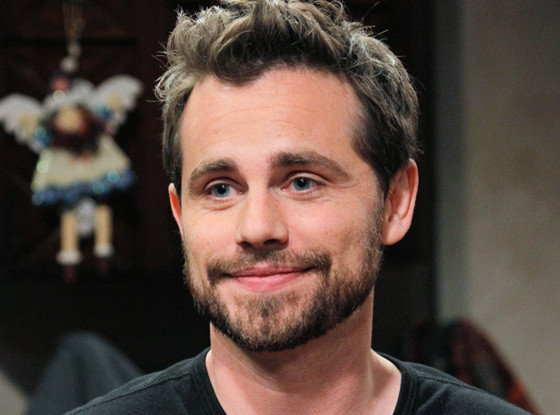 Cory's lifelong best friend, a Street Smart but Book Dumb kid from a broken home who grew up in a trailer park. While Cory relied on Shawn to help him with girls and navigate the high school social scene, Shawn relied on Cory to bail him out of trouble and provide stability in his turbulent life. Along with Cory, Shawn appears in every episode, cementing their status as Heterosexual Life-Partners.

Though Rider Strong initially had no desire to return for Girl Meets World (going so far as to issue a formal statement on the matter), he had a change of heart and made infrequent guest appearances as a recurring character. It is revealed that Shawn left New York shortly after Cory and Topanga's daughter was born and is now a travel writer (and photographer, in a Call-Back to his interest in the hobby during the fifth season). 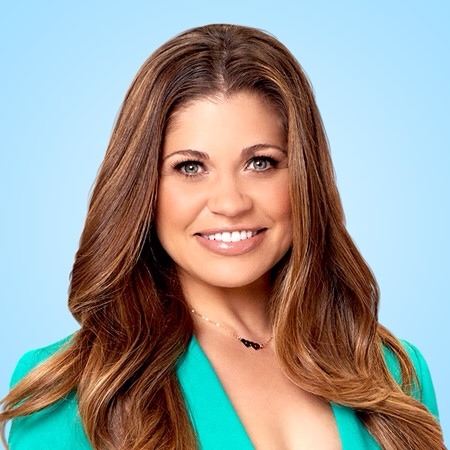 Cory's girlfriend for the majority of the series, and eventual wife. Though she began as a classic Granola Girl, she morphed into a perfectionist Hollywood Nerd fairly early on and generally was the superego on Cory's shoulder in comparison to Shawn's id.

In the Sequel Series Girl Meets World, she is still married to Cory, and they have two children. Although initial plans were for her to be the proprietor of the Local Hangout, this was changed during production, and she is now (as the series finale portended) a successful lawyer working with a major firm. 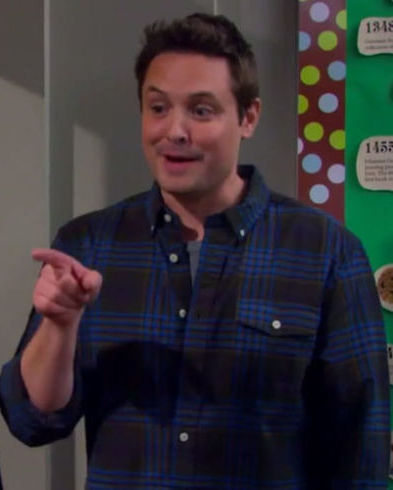 Played by: Will Friedle

Cory's older brother, by turns a fun, charismatic ladies man and a lovable (but seriously deranged) Cloud Cuckoolander. Though Eric struggled academically, he was usually portrayed as being immensely intelligent deep down and filled with hidden potential and complexity, causing him to be frequently underestimated by friends and family.

Although Eric left for New York City with Cory, Shawn, and Topanga in the Series Finale, he did not appear in the first season of Girl Meets World. He makes his first appearance in the season two episode "Girl Meets Mr. Squirrels" where Cory enlists him to help solve a fight between his daughter Riley and her friend Maya. Eric, using his Mr. Squirrels persona to win people over, was elected the mayor of a small town on the New York-Quebec border and does a great job of helping people solve their problems. By the end of the episode has set his sights on running for Congress. 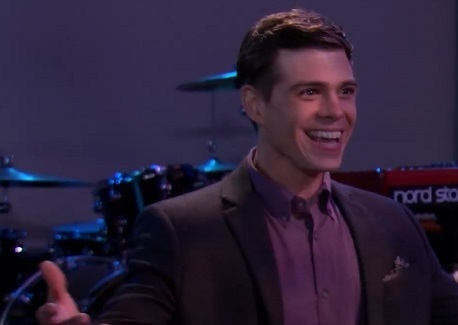 Shawn's estranged half-brother who reconnects with Shawn when he comes to Philadelphia to attend Pennbrook University, and becomes Eric's best friend and roommate. He makes one guest appearance on the spin-off Girl Meets World, where he reconnects with Eric and Cory after many years apart. 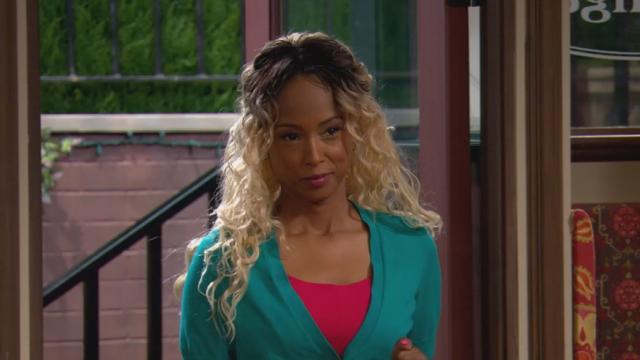 Shawn's first serious girlfriend, who becomes Topanga's best friend and a member of their group.

She was the only continuing regular not to appear in the Series Finale, having departed for Europe in the show's penultimate episode in order to spend some quality time with her soldier father. The fate of the Shawn/Angela relationship was left in limbo... only to be resolved many years later, when it's made clear that the two of them never reconciled. Trina McGee made a return appearance in the second season episode "Girl Meets Hurricane", presumably to resolve the Shawn/Angela storyline once and for all.

Eric and Jack's neighbor, who they take in after her ex-boyfriend kicks her out.

One of two series regulars (the other being the short-lived and long-forgotten Mr. Williams) to never make a reappearance in Girl Meets World, although she is name dropped when Eric mentions that he still keeps in touch with her and considers her one of his best friends. 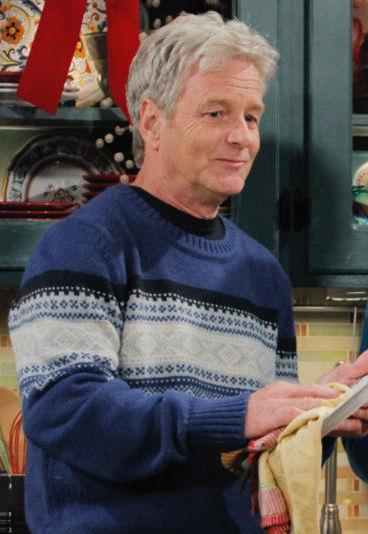 The youngest Matthews child, who is born midway through Season 6.

Played by creator Michael Jacobs's son Daniel in the Series Finale (in which his only real line is the exclamation "Topanga!", concluding one of the show's running gags)

In Girl Meets World, Josh is a recurrer played by Uriah Shelton. He is now a teenager and still lives in Philadelphia with his parents, but visits his brother, sister-in-law, niece, and nephew in New York on a few occasions. 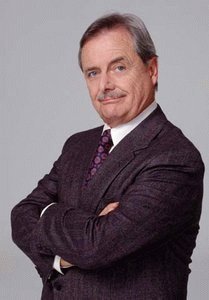 Cory's teacher turned principal turned college professor, and next-door neighbor to the Matthews family. Though a mentor to everyone on the show, he formed a particularly special bond with Cory and Eric, helping them navigate the tricky journey from adolescence to adulthood. In the second to fourth seasons, when there's multiple teachers around, he's generally portrayed as strictly a history teacher, but in the seasons where he's the only teacher in the main cast, he basically teaches any subject that the narrative calls on him to.

Mr. Feeny appeared in the pilot of the Sequel Series Girl Meets World in a brief cameo (as a figment of Cory's imagination) as a "passing-of-the-torch" gesture to Cory. Feeny later returned for multiple appearances, including in an episode where the cast returns to Philadelphia.

Cory, Shawn and Topanga's high school English teacher, who becomes Shawn's guardian for a period of time after Shawn's parents abandon him.

Mr. Turner's best friend who gets hired as a media arts teacher at John Adams High.

Alongside Minkus, he enjoyed the shortest tenure as a regular character (only one season) and alongside Rachel, never appeared in the spinoff Girl Meets World.

A dean at Pennbrook University who develops a relationship with Mr. Feeny.

Cory and Shawn's nerdy classmate in the first season. Due to his actor being signed on for another show following this season, Minkus was said to have simply ended up taking classes in a separate department from Cory and company, and in his reappearance, asserted himself as Topanga's rival. He makes a brief return around graduation time.

In Girl Meets World, he is the father of Farkle Minkus, who attends he same school that Cory teaches at and is both a classmate and friend of Cory's daughter. Minkus himself is now a millionaire and CEO of Minkus International.

The leader of a trio of bullies at John Adams High. Sent to reform school at the end of Season 2.

In Girl Meets World he now works as the janitor at John Quincy Adams Middle School, where his former victim Cory teaches. Harley has become a much nicer person than he was as a teenager and has made amends with Cory, who helped him get the job, and serves as another mentor to Cory's daughter and her friends.

A very large and strong kid at John Adams High, Frankie served as The Brute of Harley's crew and was best friend of Joey the Rat. When Harley got sent to reform school, Frankie revealed his gentle side and became good friends with Cory and Shawn.

Stechino had the longest run of any recurring student character in the show's history, and the second-longest overall behind Chet Hunter, appearing in four consecutive seasons (2-5), the entire John Adams High era, and the majority of the show's run (albeit his only season 5 appearance is a one-shot cameo in the season finale).

Flunky to Harley (and later Griff), and best friend of Frankie. 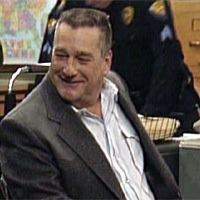 Shawn and Jack's n'er-do-well father who's constantly blowing in and out of their lives. Though Jack was raised by his rich stepfather and barely knew Chet, many of Shawn's issues stem from his complicated relationship with his dad. He appears in every season except for the first, making him the longest running recurring character on the series. His appearances in the Season Seven episodes "Family Trees" and "Brave New World, Part 2" were as a ghost.

Angela's father, serving in the military away from the country.

A little boy to whom Eric acted as a Big Brother Mentor. He was later adopted by a family in California. He later goes by Thomas Jonathan "T.J." Murphy in Girl Meets World.