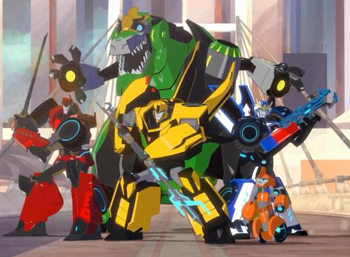 Taking place years after the events of its predecessor, Robots in Disguise follows Bumblebee acting as leader to a new team of Autobots as they return to Earth after a prison ship carrying hundreds of Decepticons crashes there.

Not to be confused with Transformers: Robots in Disguise, the American localization of the 2000 Car Robots anime.