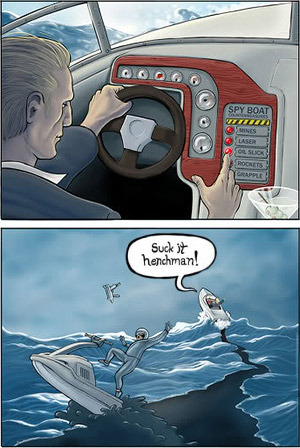 Talk about a slip-up.
Advertisement:

One of the standard tools to try to lose someone when driving.

When in a vehicle, simply push a button and the car somehow spills out oil behind, designed to make the person behind slip out of control. Sometimes, the slick may then be ignited to further cover their trail, or to burn things around.

Subtrope of Weaponized Car. See also Slippery Skid. Not to be confused with a certain Decepticon.