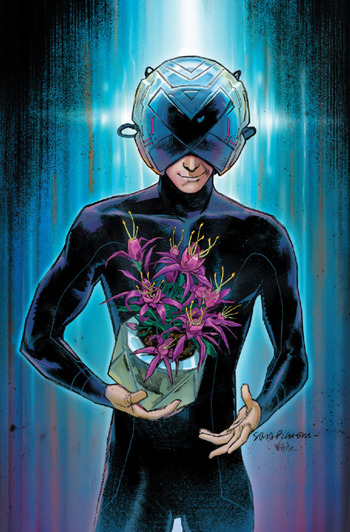 Xavier also appears as a primary character in most of the X-Men Film Series, portrayed initially by Patrick Stewart (who was already popular fancast by fans and creators for many years) in 2000's X-Men. James McAvoy was later in cast as a younger version of the role in 2011's X-Men: First Class, a role he'd continue in further prequel-sequels. Both Xaviers would eventually interact in 2014's X-Men: Days of Future Past. Xavier was alluded to in an episode of FX's Legion, based on the character of the same name... who just so happens to be his firstborn offspring. He finally appeared in the third season, portrayed by Harry Lloyd.