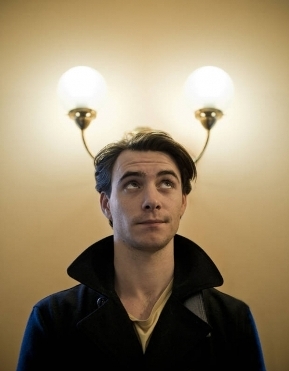 Lloyd was born in London, the son of Marion Evelyn (née Dickens), a children's publisher, and Jonathan Lloyd, who heads a literary agency. He is a great-great-great-grandson of Victorian writer Charles Dickens.

Lloyd was educated at Eton College and, while there, made his television debut at the age of 16 as James Steerforth in the BBC's 1999 adaptation of David Copperfield opposite Daniel Radcliffe. While studying English at Christchurch, Oxford, he joined the Oxford University Dramatic Society and appeared in multiple plays.

In 2006-2007, Lloyd played Will Scarlett in BBC's Robin Hood, and in 2007 he also appeared in the Doctor Who episodes "Human Nature" and "The Family of Blood" as Baines.

In 2010, Lloyd was cast as Viserys Targaryen in the HBO series Game of Thrones, which is based on the book series A Song of Ice and Fire by George R. R. Martin.

In 2014, Lloyd featured in The Theory of Everything alongside Eton alum Eddie Redmayne, as Stephen Hawking's university friend, Brian.

In 2015 Lloyd created a short humorous and self-depreciating web-series titled Supreme Tweeter, chronicling Lloyd's lack of break-out roles since playing Viserys in Game of Thrones. In the series, Lloyd is surprised to be the first person followed on Twitter by Kim-Jong un, who is impressed with Viserys.

Lloyd has since featured in numerous British and American television series, including Manhattan, Marcella, Hang-Ups, and Counterpart.

Not to be confused with Harold Lloyd.