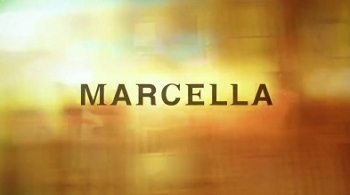 Marcella is a British crime-noir detective series starring Anna Friel as DS Marcella Backland. After having left for a 7 year maternity break, Marcella returns to the Murder Squad of the Metropolitan Police when she learns that a serial killer she once investigated may have returned. Meanwhile, she attempts to manage a turbulent home life with her estranged husband and two children, all while coping with a mysterious condition causing her to black out and unknowingly commit violent acts.