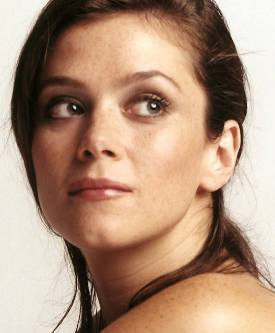 "...the most important thing - apart from telling a good, believable story, and being a true character - is to be someone the audience will care about, even if you're playing a murderer or rapist."
Advertisement:

Anna Louise Friel (born 12 July 1976 in Rochdale, England) is an English actress. While a known actress in her home country, she's probably best known internationally for her work as Charlotte "Chuck" Charles in the ABC comedy series Pushing Daisies for which she was nominated for a Golden Globe Award.