This is a list of tropes which applies to the characters of Togainu no Chi. This article is a work in progress. Most of these tropes are from the viewpoint of the visual novel, and some tropes pertaining to the BL aspect of the novel may not be present in other media. 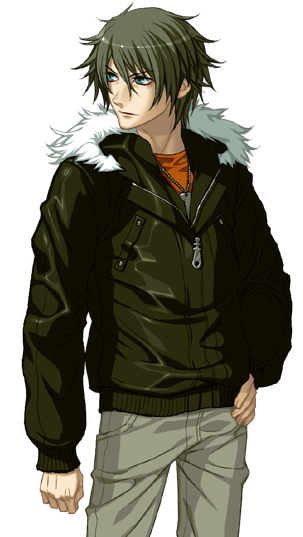 The protagonist. He is the reigning champion of Bl@ster, a series of street brawls, and childhood friend to Keisuke. When he is falsely accused of murder, he faces life imprisonment...until he is approached by a mysterious duo; Emma and Gwen. In exchange for his freedom, they send him to Toshima, a city ravaged by the war, and participate in the game of Igura. Upon arriving, he learns that Igura is completely different from the street brawls of Bl@ster, and in Toshima, it's either kill or be killed. 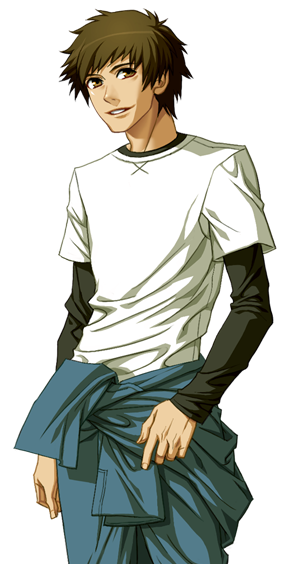 Akira's longtime friend, having lived in the same orphanage at the same age. After learning Akira has been sent to Toshima, he follows Akira with a vague knowledge of the dangers of the city. In contrast with Akira, he is quite meek until he takes the drug Line, after which he becomes violent and psychopathic. 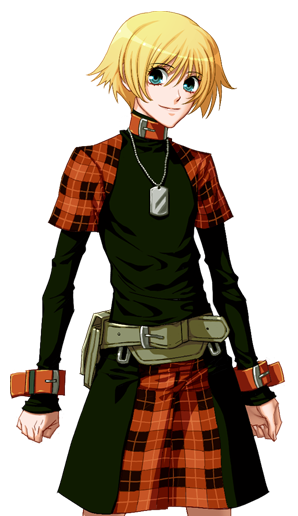 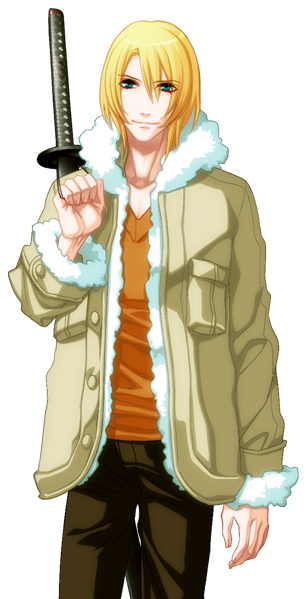 to see him 5 years older
Voiced by: Jun Fukuyama

A helpful young boy who has been participating in Igura long before Akira and Keisuke arrived in Toshima. Many people mistake him for a girl. He enjoys taking photos. 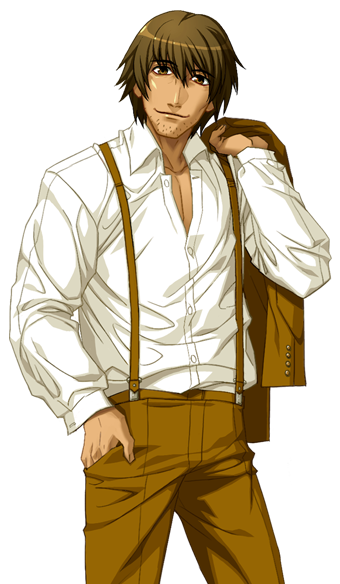 An older man living in Toshima as an information broker. 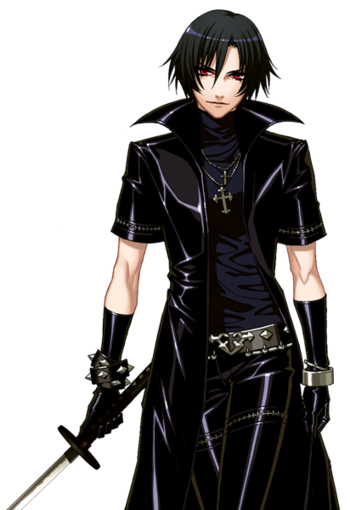 A powerful and feared man who mysteriously appears in front of Igura participants and kills them.

A mysterious man who is being pursued by Emma and Gwen. 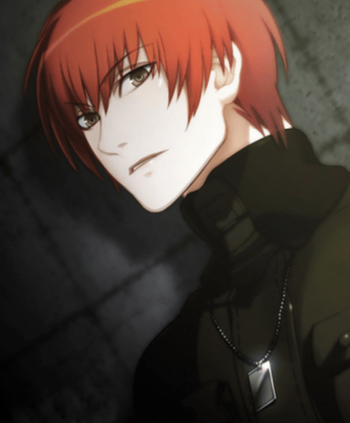 An Exclusive Character from Togainu no Chi: True Blood. He once participated in a game called Bl@ster, the same as Akira. And his main goal is to take down Japanese Government, that's the reason he join in Igura. 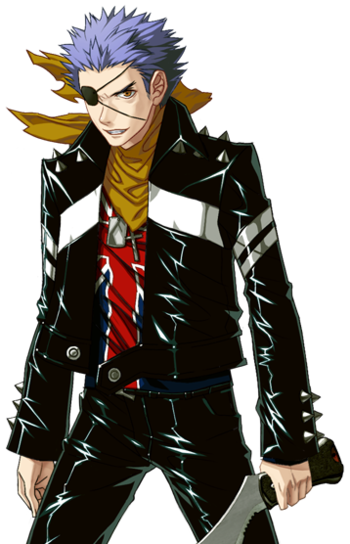 He is also a player in Igura. His main goal is to defeat II Re and get the prize money for his family. 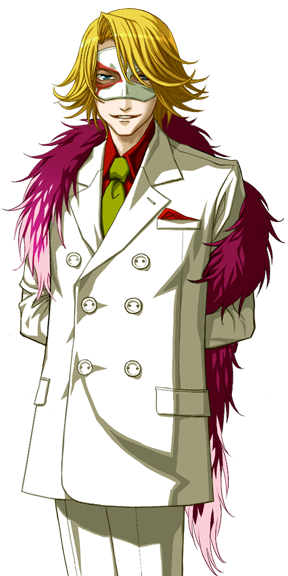 A high-up of the drug syndicate Vischio, which is responsible for distributing Line. 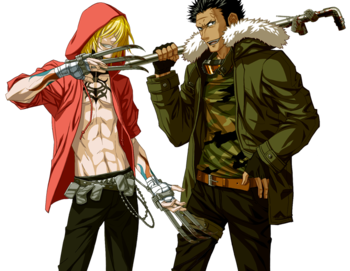 A pair of men hired by Arbitro to enforce the rules of Igura, often through violent means. They are somewhat irresponsible and use whatever they can as an excuse to kill people randomly for fun. Consists of Gunji and Kiriwar. 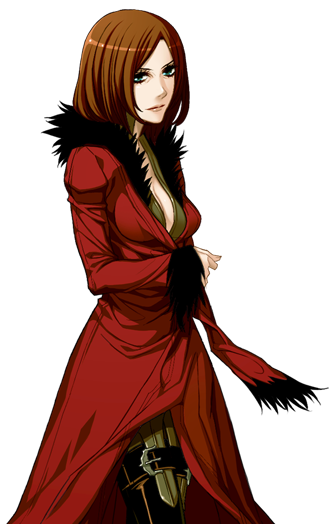 A mysterious woman who approaches Akira, offering him freedom from prison in exchange for his participation in Igura. She is cold and calculating. 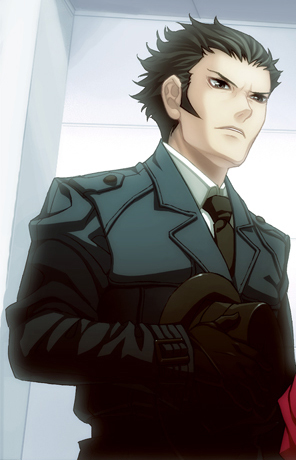 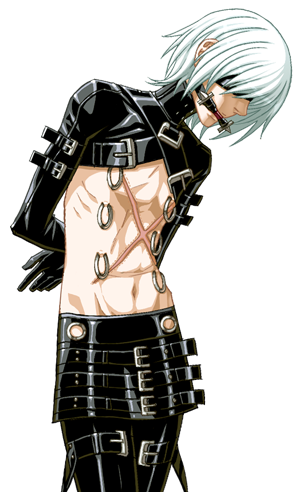 A heavily mutilated boy who Arbitro keeps as a pet. 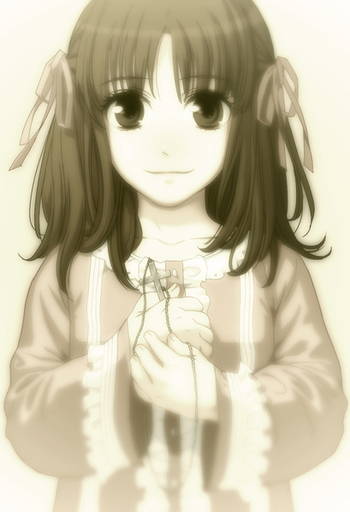 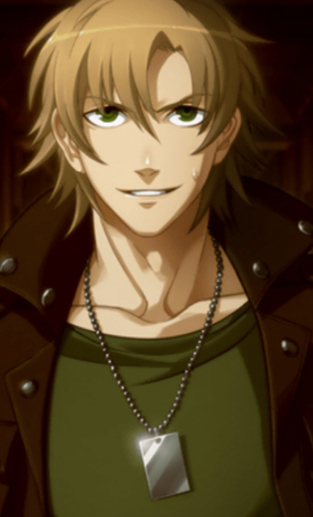 Another Exclusive Character from Togainu no Chi: True Blood. Yukihito's friend and leader of the their group.