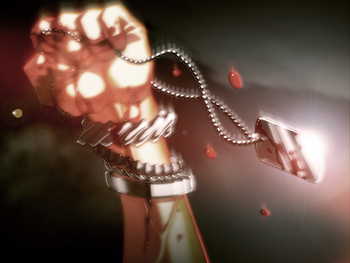 Welcome to Toshima.
Don't be fooled by the Boys' Love, like the Nitro+'s Phantom of Inferno, this also summed up the first impression of their Boys' Love works, DARK.