open/close all folders
Advertisement:
Fallen Jedi
The Fallen Jedi were the type of Jedi who embraced the Dark Side of the Force and renounced the Jedi Order's principles and restrictions. While some Jedi turned to the Dark Side due to well-meaning but ultimately misguided intentions, others embraced their baser passions and utilized the Dark Side for selfish goals.

Under the Galactic Republic 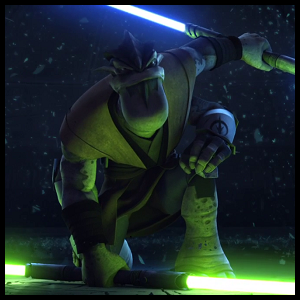 "I am no longer naïve enough to be a Jedi. A new power is rising. I have foreseen it."

Voiced by: Dave Fennoy
Appearances: The Clone Wars
"I will not be undermined by creatures bred in some laboratory!"

Pong Krell was a Besalisk Jedi Master during the final years of the Galactic Republic. During the Clone Wars, Krell held the rank of Jedi General in the Grand Army of the Republic and took over leading the 501st Legion after Anakin Skywalker was called away during the Battle of Umbara. As the battle progressed, his reckless tactics led to ever-escalating conflicts between him and the clone troopers under his command. The clone troopers soon discovered that he was trying to lose the battle, having fallen to the Dark Side and planning on defecting to the Separatists. 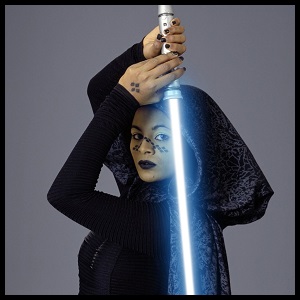 "I don't have all the answers, Ahsoka. Like you, I'm a learner."

Portrayed by: Nalini Krishan
Voiced by: Meredith Salenger
Appearances: Attack of the Clones | The Clone Wars | Adventures: Forces of Destiny
"I've learned that 'trust' is overrated. The only thing the Jedi Council believes in is violence!"

Barriss Offee was a female Mirialan who trained under Jedi Master Luminara Unduli as a Jedi Padawan during the Clone Wars. Offee was a survivor of the Battle of Geonosis and was extremely loyal to her Jedi Master. She also preferred studying ancient Jedi texts to fighting and was a bit older than most Jedi Padawans. During her time as a Jedi Padawan, Offee began a friendship with Ahsoka Tano, the Padawan of Anakin Skywalker. Though rather different in personality, the two bonded through shared experience in combat. She led Ahsoka and herself through the catacombs of Poggle the Lesser's main droid factory during the Second Battle of Geonosis and together they destroyed the facility, becoming close friends along the way. However, during the course of the war, she became embittered with the Jedi Order and eventually turned to the Dark Side, which resulted in her bombing of the Jedi Temple hangar. 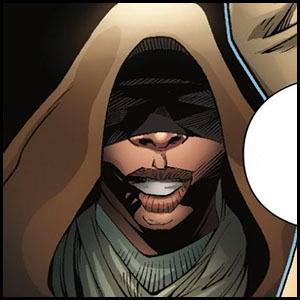 Appearances: Jedi of the Republic | Dark Lord of the Sithnote As Tenth Brother

A Miraluka Jedi Knight. In place of his species' lack of physical sight, his intuition and insight have made him valuable to the Jedi Order to the point he was acknowledged as such by Mace Windu and the Jedi Council. Because of his skill, Master Windu recruited him on a reconnaissance mission to Hissrich.

For info on the Tenth Brother, see his entry on the Inquisitorius character page.

See his entry on the Separatist Alliance page.
Asajj Ventress

See her entry on the Dathomir page.
Quinlan Vos

See his entry on the Jedi Masters page.
The Inquisitors 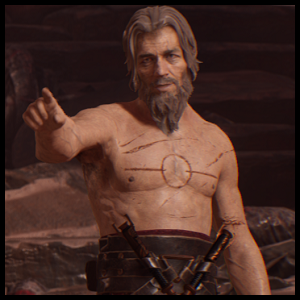 A Jedi Master that served as a distinguished general and tactician during the Clone Wars, he crash-landed in Dathomir after barely surviving his troops turning him on him during Order 66. During his stay on the planet, he succumbed to madness and now manipulates the locals in an effort to harness their magick.

Under the New Republic