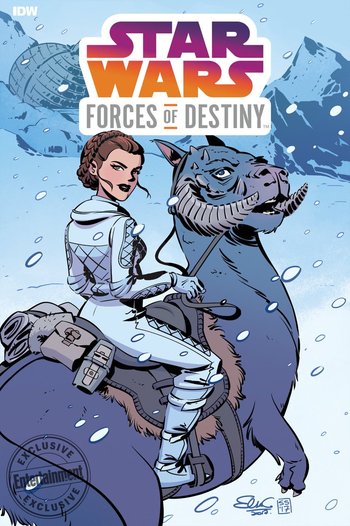 Adventures: Forces of Destiny is a Star Wars Expanded Universe five-issue comic series, spinning off from the Adventures main comic series and the Forces of Destiny animated shorts. It is written and illustrated by both women who have worked on Star Wars works in the past (Delilah S. Dawson of Phasma, Beth Revis of Rebel Rising, Eva Widermann of the Rebels magazine, and so forth), as well as newcomers.

Like the Forces of Destiny shorts, the comic series focuses on smaller moments in the lives of the franchise's heroines.

Its first issue is to be released in January 2018, with new issues releasing weekly.