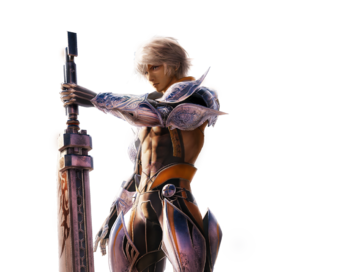 One of many men known as a "Blank" brought to the shores of Palamecia. As a Blank, Wol possesses no memory of his past, and without a past has only a single directive: to follow Palamecia's Prophecy, which foretells that a man named "Wol" will become the fabled Warrior of Light, a hero destined to save Palamecia from the threat of Chaos.

Wol possesses a great sense of reason; despite having no where else to turn except the Prophecy, he often questions both the Prophecy and his own purpose on his journey. He can be rather terse and has no qualms about speaking his mind, especially when the Prophecy conflicts with his beliefs. 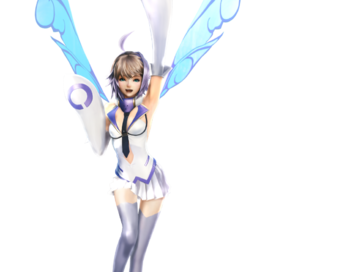 A fairy-like spirit who forces her way into Wol's companionship. Normally a disembodied voice, allying with Wol enables him to see her physical form when others cannot. She is infamous among Moogles as a harbringer of bad luck; tales of her enticing Blanks with tales of great treasure, only to lead them into certain doom often circulate.

She tends to carry a very playful demeanor, and is more than willing to bait Wol into dangerous circumstances despite being his partner. However, she occasionally segues into moments of seriousness, where she appears to harbor deep wisdom. 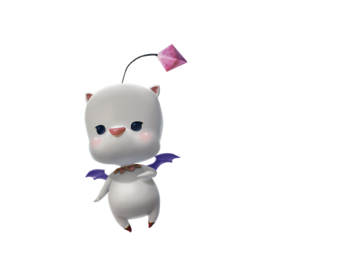 A Moogle that Wol saves from a pack of Chaos's demons. Faithful and always willing to help, Mog dedicates his life to helping Wol, feeling indebted to him that Wol was willing to save his life. As a Moogle, he shares his memories and experiences with the entire existing race on Palamecia, making the Moogle race as a whole indebted to Wol. Moogles possess a slightly more detailed memory of the Prophecy, which Mog draws upon to lead Wol on the path.

While not the sharpest tool in the shed, he is more than willing to help and guide Wol at every turn. He considers Wol his friend and contains unlimited eagerness in his tiny body. He is additionally wholly dedicated to the Prophecy, willing to risk life and limb to see the Warrior of Light finally rise to save Palamecia. 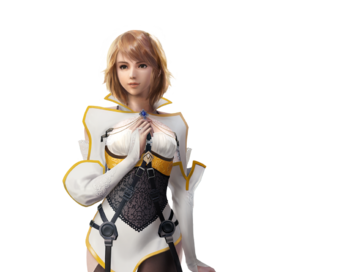 The princess of Castle Cornelia, long ousted from her land by the forces of Chaos, who ravaged the land where her nation once stood. She stands as the last beacon of hope for the citizens of Palamecia, and in turn believes in the Warrior of Light, hoping for the day that he will rise to defeat Chaos and save her home. 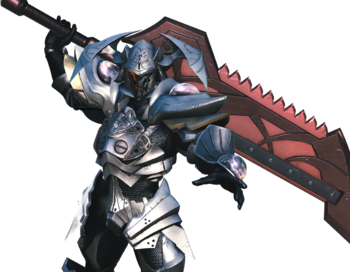 An armored knight of great strength who wanders the land of Palamecia. He claims to side with no one, not even the Prophecy, and is thus branded a "heretic" by the overbearing Vox. The potential he sees in Wol brings him to offer his help in fulfilling the Prophecy.

Garland has a tendency to be extremely blunt; he will never hide his thoughts no matter how cruel they are. Despite this, he does have some faith in the Prophecy, allowing himself to guide those with great potential.

The enigmatic voice constantly keeping in touch with Wol regarding his progress in Palamecia. He created the false Prophecy then cursed the world so that, if they no longer had a purpose, they'd cease to exist in it. 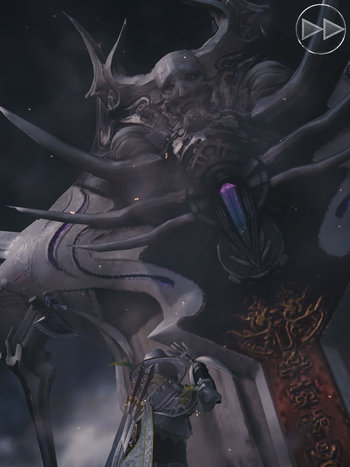 The antagonist of Mobius Final Fantasy. Chaos is the apotheosis of strife and source of the fiends infesting Palamecia.

A unique Moogle who introduces Wol to the original Warrior of Light.

The very first Warrior of Light.

Previously the Warden of the Battle Tower introduced in the "Adamanterrapin Terror" event, who summoned various monsters and beings from the rifts to test the might of prospective warriors, although he had very little faith in their success. He was fatally wounded in the "Dahaka Assault" event by the Azure Witch, leading to his death. 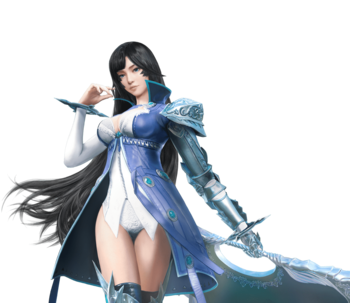 A beautiful mage, also known as the "Azure Witch", branded a heretic by Vox, by way of her association with the scent of the sea, the traditional domain of Chaos. However, she also has the ability to see Echo, something only available to outsiders like Wol who do not hail from Palamecia. She has the ability to summon otherworldly creatures, and is your primary liaison for hunting enemies in the Ring of Braves.

A highly unique Moogle, even among their own outliers, who serves as a merchant to Blanks in the Ring of Braves.

Dream Within a Dream Characters **WARNING!** Unmarked spoilers for Final Fantasy X below 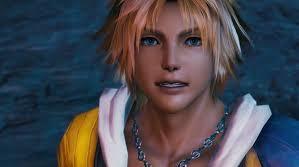 The lead character from Final Fantasy X who finds himself in Palamecia after departing to the farplane due to the final events of the main game. Separated from his friends and lover, and having accomplished the one ambition that drove his actions for most of his recent life, Tidus must now come to terms with his current situation and his unusual existence.

A young summoner from Spira who vanquished the monster called Sin. She is transported to Palamecia and is reunited with her lover, Tidus at the end of Chapter 2, and the two join forces in their attempt to become The Warrior of Light.

Despite not being able to summon her aeons any more, she acts as a mentor towards Wol, and helps him learn to summon the aeons himself.

She is not the real Yuna from Spira. Rather the Yuna we see for most of the event is Valefor that has disguised herself as Yuna in order to help guide Tidus in his new situation.

Six of Yuna's aeons that have traveled to Palamecia to both aid Tidus in his travels and to test his resolve when needed. They eventually aid in his return to Spira.

For entries related to Valefor disguised as Yuna, see Yuna's entry above