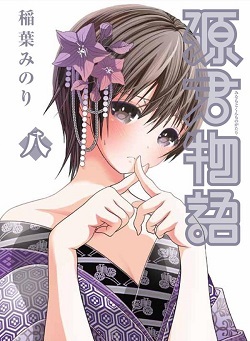 The main Protagonist of the series. To address the first question that most likely came up in your mind when you saw the picture on the right, yes, Terumi's a man. You can stop staring at him now.

An eighteen-year old college freshman with a face pretty enough to make people think he is a girl. Middle school became a time of hell for Terumi since he was bullied extensively by a group of women and their ringleader said to be the prettiest girl at the school at the time, Tsukasa Chuujou, due to his face winning the attention of all the male students. As a consequence of the trauma, he developed a fear of women, and milk, to the point of attending an all-boys high school.

On his first day of college he decides to overcome this fear and become someone who can have sex with any woman he wants... but it quickly becomes clear to the audience that overcoming this trauma will not be easy, especially when he's on his own. Luckily for him, he has his sexy aunt Kaoruko Fujiwara to guide him every step of the way. Good luck Terumi...he's going to need it. 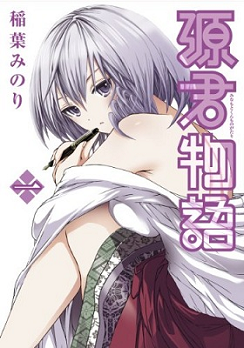 The Deuteragonist of the series and Terumi's aunt. At 29 years old, she is considered one of the most beautiful and smartest women to ever grace the university, who has done much literary work using The Tale of Genji as a base, and is admired and respected by people of both genders. When Terumi arrives at her apartment, she quickly guesses that he was bullied due to his face and that he doesn't have any experience with women, and offers to help him get over his fear, in exchange of becoming her guinea pig for her research in her "Reverse Hikaru Genji Plan".

Kaoruko loves pushing Terumi to embrace his desire for holding the opposite sex and frequently puts him in sexual situations to cure his fear of women, even using her own body to get the desired result. It's taking Terumi his entire self-control to not just jump his aunt and do her right then and there; her tempting him with the idea doesn't help. However, when push comes to shove, Kaoruko demonstrates that she does care for her nephew and wishes him the best in his endeavors. 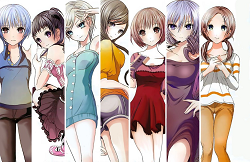 Several of the hottest girls that Terumi had the pleasure of meeting and forming relationships with.The picture to the left features three girls who are not even part of the experiment, more specifically Kaoruko, Tsukiko and Tsukasa.These are fourteen girls handpicked by Kaoruko herself for Terumi to try and seduce, with the ultimate goal of getting into their pants. They all have their personality quirks and interesting back-stories that Kaoruko tries to match with the original characters from The Tale of Genji but one thing's for certain: Terumi's one lucky son of a gun who not only gets to interact with all these beauties but he gets to sleep with them as well. But sex shouldn't be the end goal for Terumi; according to Kaoruko, sex is just one way of opening the girls' hearts up to him... 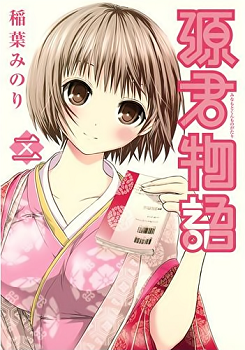 Terumi's first sex conquest; his pretty, 21 year old, cousin. The two have been on good terms with each other since their childhood days.

She aspires to be a librarian and loves to read manga. 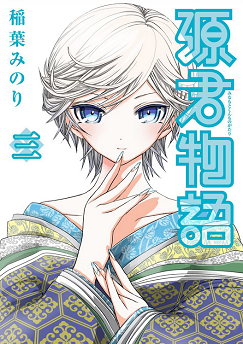 She owns her own nail salon and enters Terumi's life when he is brought to work there. 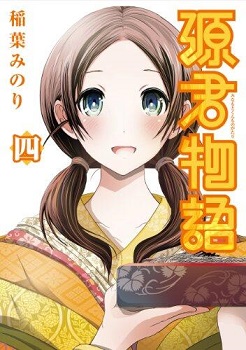 Terumi's third sex conquest; a shy and innocent, 18 year old, plain girl who has a fear of men due to sexual harassment she endured in the past. An event is initiated by Kaoruko to have Hanada date Terumi for a month to not only have the two get to know each other better, but to help Hanada get over her fear.

She works for a Shiun Soba restaurant as the delivery-woman. 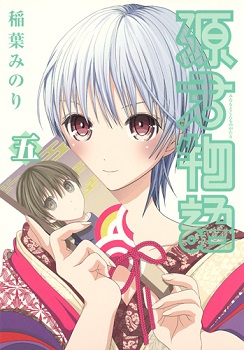 Unlike the first three targets that Terumi has met, this one is genuinely interested him... too bad it's not in a healthy way. 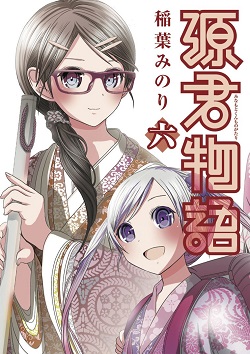 Terumi's fifth sex conquest; a very cute, 10-year old child who's in the fifth grade and attends the Elementary Section at Shiun University. Despite being considered part of Kaoruko's research experiment, Terumi doesn't actually have to sleep with her, as Shian serves as a method for Terumi to get used to younger girls his age, not just the older ones. Naturally this freaks out Terumi due to Shian being an innocent, pure child. However, Kaoruko notes that building and maintaining a meaningful, happy relationship is important, not the act of sex itself, so Terumi can consider this good practice when he interacts with other girls in the future. Plus Terumi gets to have a surrogate little sister relationship out of it, which, over time, he doesn't seem to mind in the end.

Terumi's sixth sex conquest; an attractive, 27-year old woman who works at Shiun University as the Shop Clerk. She is the first bespectacled girl introduced in this series and seems to have a liking for cheap things. Upon first laying eyes on Terumi, she is not impressed and constantly gives him cold stares. Later, it's revealed that Semi hates Terumi's age group in general, due to how young they are and how old she feels. This goes further when it's revealed that she's venting her negative feelings onto others due to her boyfriend; being stuck in a loveless relationship for years made her a pessimist and she's jealous that she didn't have the happy times young couples are known to have. 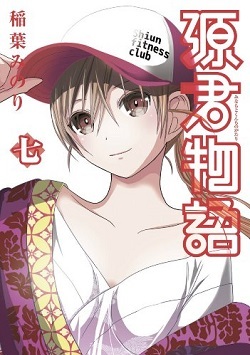 Terumi's seventh sex conquest; a dazzling, 22-year old who works as an instructor at the Shiun University Club. She used to be a sickly girl growing up, but soon became as strong as any regular sportswoman. She's the first girl introduced in the series to have an accent, as well as being an athletic type. She's also one of the first girls (besides Rokujou and Semi) to genuinely fall in love with Terumi. 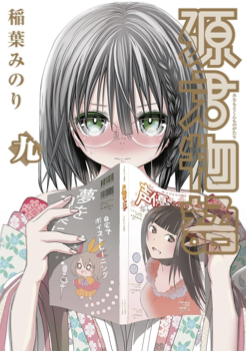 Terumi's eighth sex conquest; a delicate and petite 20 year old university student going through her second year. Working for the Broadcasting Department, Hana usually announces the events and schedules of the University to the students on a daily basis. This is both a good and bad thing since male students love how cute her voice can be but sometimes balk at how loud and grating it can be at times whenever Hana gets overly excited. Hana herself wishes to go into voice acting, particularly for the world of Eroge games. Kaoruko sets her up with Terumi, in the hopes that she can perfect her voice and break her out of her shell. 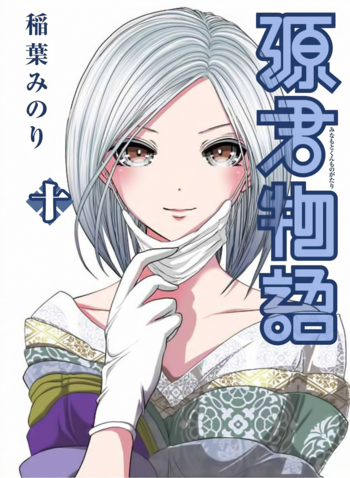 Gen no Naishinosuke
Terumi's ninth sex conquest; a gorgeous but narcissistic dentist of undetermined age. Unlike the previous girls, she was actually told about the experiment and she agreed to participate out of curiosity.

Prominent female characters not part of the experiment that Kaoruko has laid out for Terumi but they are important for contributing to the story and having an influence in Terumi's life.

The lead female of the three women who had bullied Terumi in middle school. She is brought back into Terumi's life when Kaoruko mentions to him that Tsukasa is currently attending the same university as a college freshman.

Despite not being one of the established sex targets, Kaoruko pushes Terumi to have Tsukasa fall for him to allow Terumi to get over the fear of women that Tsukasa had forced upon him.

A close friend of Asahi. She admires Kaoruko greatly and unintentionally stumbles upon Terumi's quest to have sex with 14 women. 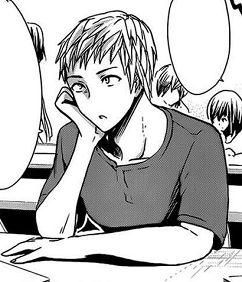 Terumi's friend at the university who enjoys the sight of beautiful women; Terumi's aunt in particular. 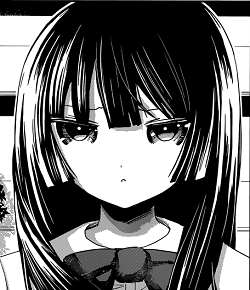 Tsukiko's younger sister, who is attending high school and is about to move into Shiun University. Like every prominent girl in this story, she's not impressed with Terumi when they first meet. Similar to her sister, she loves the Tale of Genji and greatly admires Kaoruko; for her literary analysis on the tale and for the person herself.

A popular psychology professor at Terumi's university who is also the son of the chairman. Despite being married and having a child, this doesn't stop him from hooking up with Tsukasa, who also happens to be Terumi's former tormentor.

Ultimately, the relationship comes to an end when Terumi shows Tsukasa what a coward he is; he would rather uphold his reputation than defend his woman and potentially expose the affair.

Asahi's mother, Terumi's other aunt, and sister of Kaoruko and Terumi's father. Unlike Asahi, she's a lot more laidback when it comes to the matter of relationships, sex, etc. At times, she loves teasing her daughter about her lack of experience. She adores Terumi's company.

Hanada's older sister; like Kaoruko, she loves teasing her family member about their social/sex life. 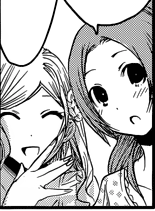 Tsukasa's two best friends since middle school. Together they make up the trio that tortured Terumi during his middle school years and made his life a living hell. To this day, they still haven't changed... 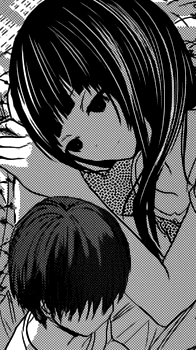 A duo who are regularly seen at the Shiun Soba restaurant where Hanada works. The mother regularly scolds her son for constantly harassing Hanada.

Terumi Minamoto's father and brother to Kaoruko Fujiwara. An eccentric man who took his wife's last name over his given name as his own and passed it down to his son ("Minamoto" instead of "Fujiwara"), despite being the first born son. After remarrying and getting his new wife pregnant, he kicks Terumi out of his apartment to go live with his sister. The man has no idea what he just got his son into... 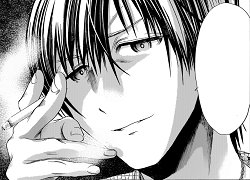 A man that Terumi meets at a mixer Murakami invites him to, hailed as the "love master". Here he tries to advise Terumi on how to pick up women. Currently in a relationship with Satou Yoshiko. 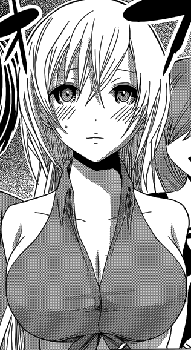 A girl who's regularly seen by Terumi; most of the time she's engaging in sexual relations with the "love master" in public places. To be fair, they try to be covert about it but Terumi always manages to run into them doing the deed. Satou is portrayed as a kind and nervous girl, requesting that Terumi not share what he's seen her do at times.

Back to Minamoto-kun Monogatari