open/close all folders
The Minami Sisters 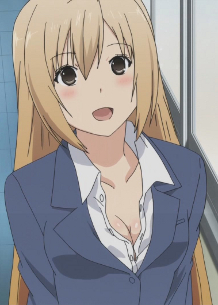 Eldest of the Minami sisters in second-year high school, Haruka serves as the sisters' mother figure. While infinitely reliable, likewise she can also be incredibly lazy when by herself. Her refined, gentle personality also makes people act more decently around her, including the normally snarky Chiaki. 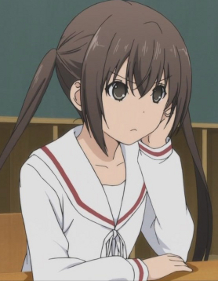 The middle sister and a second-year middle school student, Kana is energetic, lively, and prone to acting and/or talking before thinking. 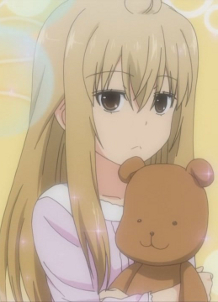 The youngest of the sisters, fifth-grader Chiaki is too smart for her own good, tending to over-analyze simple situations. She displays a dismissive behavior towards idiots, such as Kana and Makoto, and while she reveres Haruka, she has no qualms beating up Kana for her latest idiocy.

The Other Minami Family 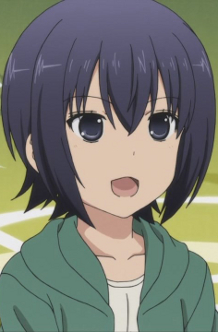 The youngest of the four siblings of the other Minami family and the only sister, tomboyish fifth-grader Touma attends the same school as Chiaki, though at a different class (5-1). She was also "adopted" by Chiaki as a "younger brother" due to the Temporal Theme Naming placing her as the "winter" of the family. 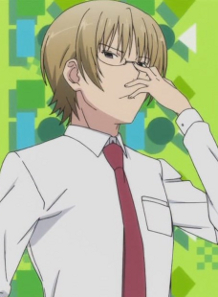 The eldest of the four siblings of the other Minami family of an indeterminate educational standing. While normally cool-headed, he seems to be in a state of denial regarding the effect his younger brothers' lifestyles have on their sister, Touma. 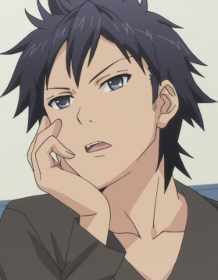 The middle brother of the other Minami family and a first-year student in Haruka's high school. Natsuki was a delinquent until Hosaka recruited him into the Men's Volleyball team. After an incident where he accidentally hugged/groped Haruka (in the manga and anime, respectively) and got beaten up for it, he started showing signs of embarrassment and/or affection whenever they're in the same location. 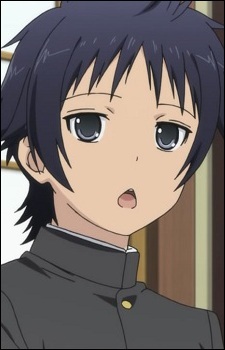 The youngest brother of the other Minami family in first-year middle school, Akira tends to be ignored by his older brothers in a conversation due to their age gap. He also has a thing for long-haired girls, such as Riko. 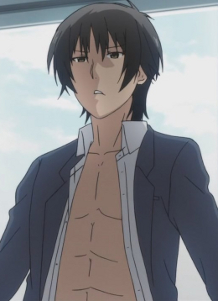 A third-year student and captain of the Men's Volleyball team, famous for fantasizing in the middle of a crowd while unbuttoning his shirt and exposing his well-sculpted figure. 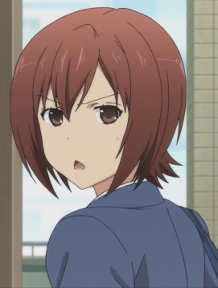 A petite second-year student and classmate of Haruka. She always tries to protect Haruka from Hosaka. 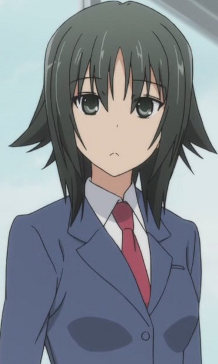 Another second-year student and one of Haruka's classmates, as well as an unusually shy player for the Women's Volleyball team. 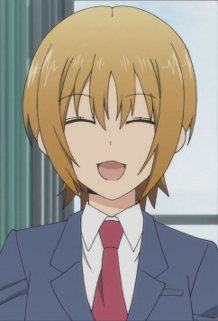 A third-year student and de facto captain of the Women's Volleyball team, who tries to recruit Haruka. Cunning and mischievous, she has a hobby of messing around with Hosaka and Haruka, and at times tries to fool her juniors into drinking alcohol disguised as high-grade "juice". 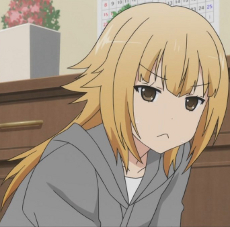 She is a first-year student in the same class as Natsuki and is his friend. She has an interest in Natsuki and believes she can read him by looking at his eyes. Hitomi was also the second "Banchou" in her middle school. She made her anime debut in Okaeri. 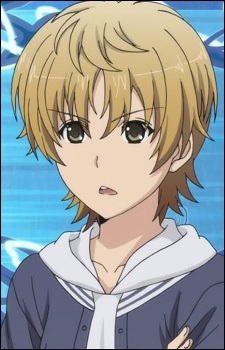 Kana's popular classmate and a football player. Despite his affections for Kana, the latter instead sees him as a rival (thanks to Chiaki misinterpreting his letters of confession), earning the nickname "Banchou", a name he reluctantly accepts. As time passes he becomes one of the most welcome guests of the sisters, and even becomes a brother-figure for Chiaki. 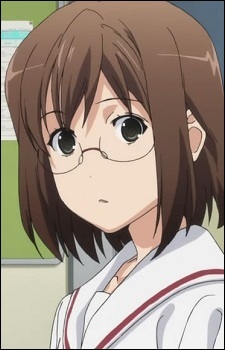 An honor student and classmate of Kana, as well as, oddly enough, friend (or at least an outlet of Kana and Riko's insanity). 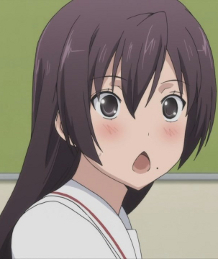 Another of Kana's classmates. She has a crush on Fujioka, and only befriended Kana, who she sees as a rival, just so she can have a shot at him. She also has the same erratic, domineering personality as Kana. 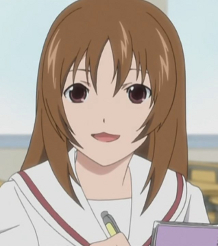 A third-year student and an admirer of the legendary first Banchou, Haruka Minami. She's the friend of the third Banchou, Yuu. 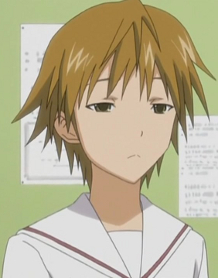 A third-year student, who was voted for the title of the third Banchou, despite never wanting to be a candidate. She "officially" gives her title to Fujioka after losing to him on purposenote it was a Rock–Paper–Scissors game. 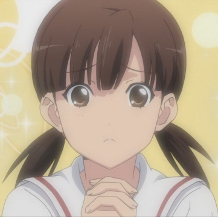 Kana's ditzy classmate who makes her anime debut in Omatase (OVA) and Tadaima (the fourth season). She wants to become taller. 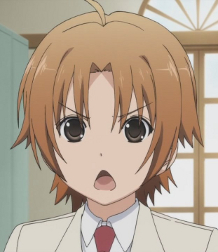 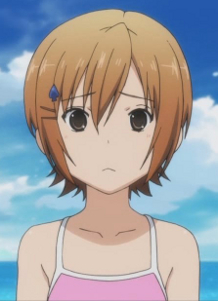 Chiaki's classmate and the "idiotic child" of Class 5-2. Because Chiaki instantly hated him for helping Haruka, whom he has a crush on, cook dinner, his only way to safely enter the sisters' home is, at Kana's suggestion, through crossdressing and taking the alias "Mako-chan", who pretends to be a middle school student. So far only Kana, Uchida and Touma know of this. 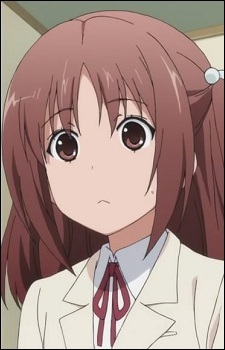 Chiaki's friend from Class 5-2 and Kana's accomplice in dolling up Makoto. 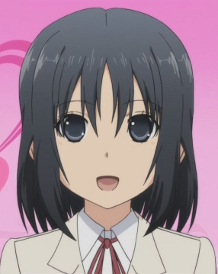 The third member of Chiaki's clique, who's pretty level-headed for a kid of her age. May also be wise to Makoto's cross-dressing nature. 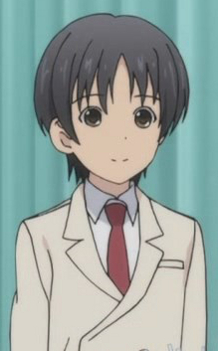 Another classmate of Chiaki, who is a friend of Makoto. 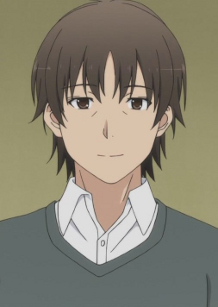 An older cousin of the Minami sisters who occasionally drops round; also, they call him "Uncle". Has a very unlucky love life and often mentions the name of his girlfriend Reiko. 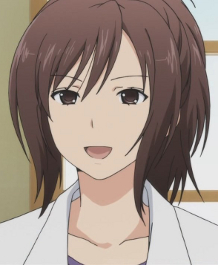 A doctor at Chiaki's school. She makes her anime debut in Okawari and since then she appears once or twice per season. 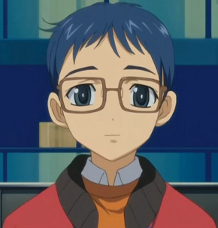 A young boy who moves next door to the Minami sisters in Okawari (season 2). He is an anime-only character, having never appeared in the manga.