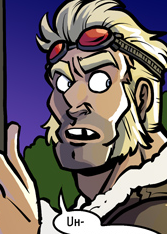 "I can pretty much guarantee the guy with the loudest mouth is th' one with the most issues deep down."

A US Navy TiALS (Time Air Land Sea) operative from the future who now operates a temp agency for ludicrously macho guys. Claims to have been synthesized from American soil and steak. Divorced, with two kids (Sammy and June). He's friends with Jonesy, a mentor to Jared, a rival of Canadian Guy, and a much less abrasive and much more patient guy than first impressions would suggest — he believes that the key to true manliness is confidence and commitment to goals. 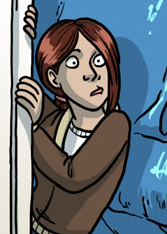 "...this whole building is buzzing with testosterone."

A friendly woman whom the Commander introduces to the bizarre world of overly masculine but underemployed men. 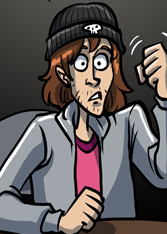 "Now I understand why my mother told me to never eat $500 of Gummi Worms."

A disgraced Pokémon trainer, kicked out of the League for allowing his Gyarados, Mr. Fish, to eat his opponents. The Commander gave him a paid internship at the temp agency (even though he meets none of the manliness requirements) because Jared makes Pokemon battles sound like something the Commander would actually enjoy watching. Is completely failing at saving up enough money to get home. 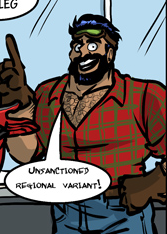 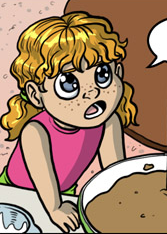 The Commander's oldest child. Eight years old. Sweet-natured, but headstrong and with a love of animals. 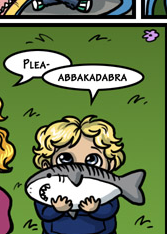 The Commander's youngest child. A quiet and sweet kid. 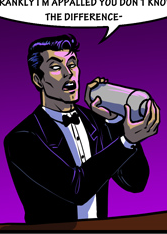 One of the Commander's siblings. Cool, suave, collected... and the target of his siblings' practical jokes.
Angel 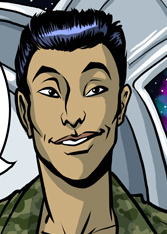 The Commander's CO and sister-in-law.
Jet 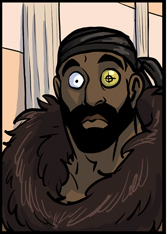 Another one of the spacefuture super soldiers. The Commander's brother.
The Raptor Squad 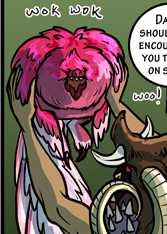 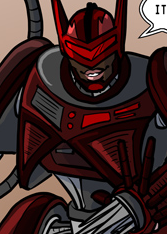 The Commander's ex-girlfriend. A former scout who got most of her flesh replaced with cybernetics. 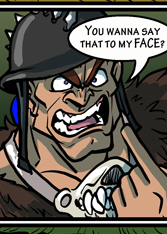 Spider's brother. The Commander's ex-boyfriend. Originally an experiment in how much of a homicidal berserker a super-soldier can be before he does more damage to his own than the enemy, the team jailbroke his lymbic system, so now he controls his own chemical balance.

Prominent Characters from Other Works 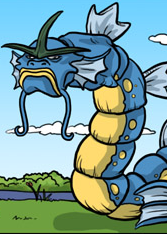 A Gyarados. Not very bright, but very large. Follows Jared's every whim.
Sten 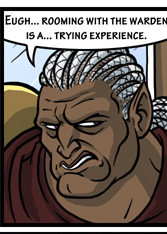 A stoic qunari warrior often teased for his love of cookies. Might be a big fan of Heavy Metal.
Kratos 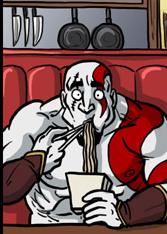 A sullen, violent Spartan who isn't adjusting well to civilian life. Has no trouble getting dates, though.
Duke 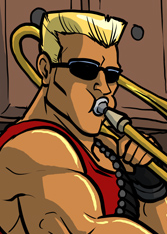 A loudmouthed action hero with hidden insecurities and, apparently, a life-size Alien maquette in his living room.
Marv 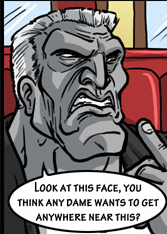 A big, burly, black & white lug, who has trouble with women.
Lobo 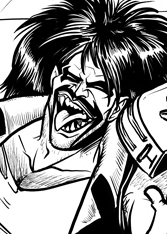 An intergalactic bounty hunter whose general personality isn't that much different than in the comics, or at least, he was.
Ganondorf 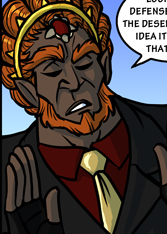 The Archnemesis of Link. Not as malevolent as in the games but is not above trolling Link. He wears suits during his offtime from the games.