Characters / Godzilla: Planet of the Monsters

Due to the nature of this film series (it's written by Gen Urobuchi, after all), Beware of Unmarked Spoilers. 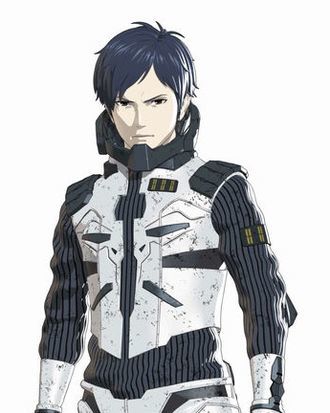 A 24-year-old Captain in the United Earth Marine Corps, Haruo lost his parents to Godzilla when he was four years old, leaving him with an intense desire for vengeance on the monster. When an attempt to find another homeworld for humanity ends in failure, Haruo spearheads a bold plan to destroy Godzilla and retake Earth. 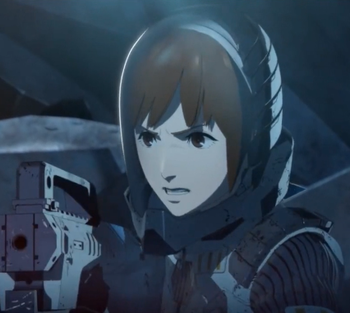 A Sergeant in the United Earth Marine Corps Power Suit division, Yuko is the biological granddaughter of Daichi Tani, who adopted Haruo after his parents' deaths. She joins the Earth Landing Brigade due to her engineering skills, but her commanding officer has her chaperone Haruo, an assignment she is more than happy to accept. 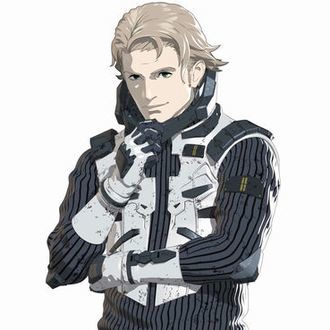 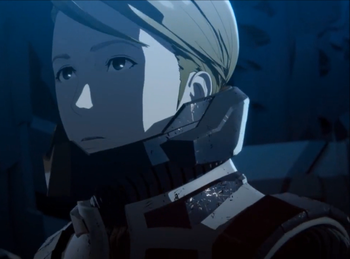 One of the younger members of the Earth Landing Brigade, Lieutenant Bindewald pilots one of the unit's landing crafts. His even temper and cheerful demeanor enable him to keep his cool under fire. 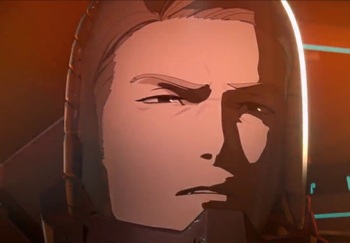 A Colonel in the United Earth Marine Corps, Leland is the commander of the Earth Landing Brigade. Disillusioned with his superiors, Leland sees this mission as an opportunity to prove his worth and enact real change in humanity's senior leadership. 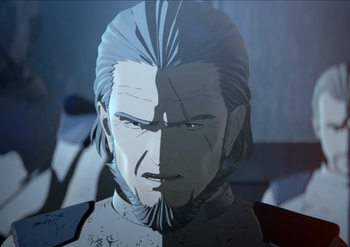 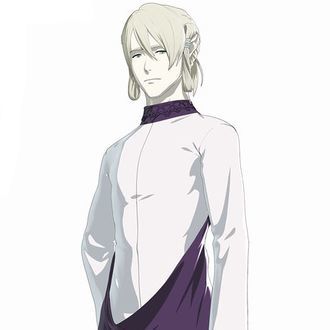 An Archibishop in the religious class of his race who doubles as a Colonel in the United Earth Military, Metphies befriends Haruo during his time on the Aratum, eventually providing him with classified intelligence on Godzilla which serves as the basis as the campaign to retake Earth. Metphies joins the Earth Landing Brigade ostensibly to advise Haruo, but his true motives are ambiguous. 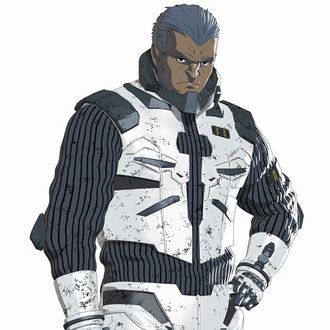 A senior Tech Officer, Colonel Galu-gu was the mastermind behind Project Mechagodzilla, which ultimately failed to halt Godzilla's advance. When the Aratum returns to Earth, Galu-gu joins the United Earth Landing Brigade's Corps of Engineers, tasked with developing weapons powerful enough to take on Godzilla. 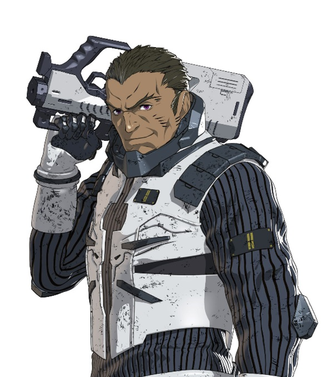 A Bilusaludo military instructor and close associate of Colonel Galu-gu.

The Bilusaludo leader and a member of the ship's Central Committee. 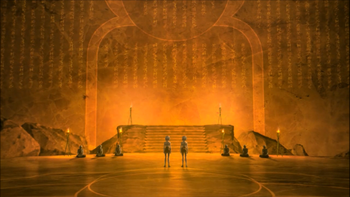 Twin girls who appear in Godzilla: City on the Edge of Battle and Godzilla: The Planet Eater, they worship Mothra. See their entry on Mothra character page.

See his entry on the Godzilla character page. 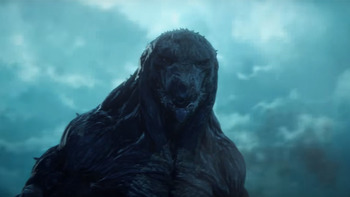