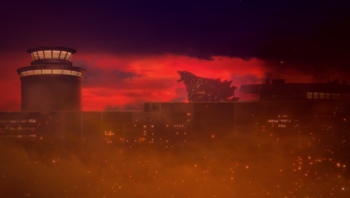 Take a look. That is the monster that even the Devil would not touch.

Let's see what happens when we insert the writer of Puella Magi Madoka Magica, Fate/Zero and Psycho-Pass into Godzilla...