Mechagodzilla is the name given to various different robots throughout the Godzilla continuities whose primary similarities are being robotic doppelgängers of Godzilla who have enormous arsenals of weapons. Besides that, the depictions of the character have varied widely.

To return to the main character index, go here. For the Legendary Mechagodzilla from the MonsterVerse, go here.

open/close all folders
Mechagodzilla in general

From left to right: Showa, Heisei, and Millenium/"Kiryu"
Showa Mechagodzilla 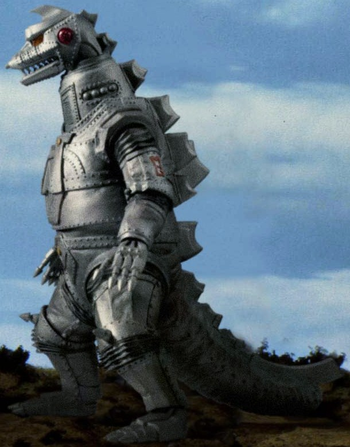 The first Mechagodzilla (Showa) was created by the Simians in their bid to conquer the Earth. It was initially disguised as Godzilla to discredit the monster, but it was exposed by Anguirus, who saw through the disguise. It badly damaged Anguirus before confronting the real thing. It was eventually taken down by the combined efforts of Godzilla and King Caesar. The Simians rebuilt Mechagodzilla and tried again, this time also enlisting the help of (a mind-controlled) Titanosaurus.
Heisei Mechagodzilla 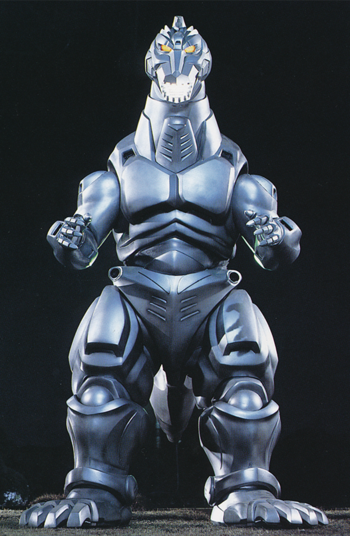 The Heisei Mechagodzilla was built by humans as a defense against Godzilla and other Kaiju, via reverse engineering the tech that created Mecha-King Ghidorah. It was given an artificial diamond coating that allowed it to absorb the energy of Godzilla's atomic breath and store it to its main weapon: the Plasma Grenade. Mechagodzilla battled Godzilla in Kyoto when he came to rescue Godzilla Jr. and ended up fighting Rodan as well. It was destroyed when Rodan died (who upon dying bequeathed its radioactive energy to Godzilla, granting Godzilla his red spiral breath), and Mechagodzilla's parts were used to construct MOGUERA in the sequel.
Advertisement:
Millennium Mechagodzilla/Kiryu 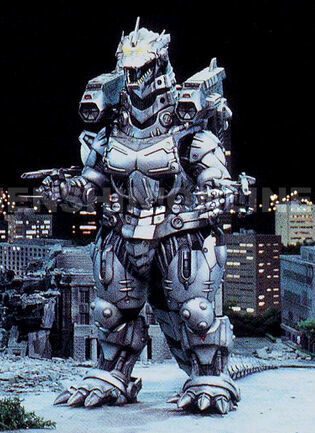 The Millennium Mechagodzilla, also known as Kiryu, was also constructed by Man, this time using the bones of the first Godzilla that attacked Tokyo in 1954 as a base. It was armed with an Absolute Zero cannon, which could freeze targets solid. Unfortunately, it's OS was also tied to Godzilla's DNA, and it tended to suffer from the Call of the Wild a little too often...
Anime Mechagodzilla/Mechagodzilla City 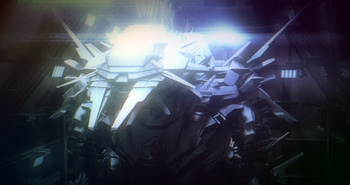 Mechagodzilla as it appears in Planet of the Monsters 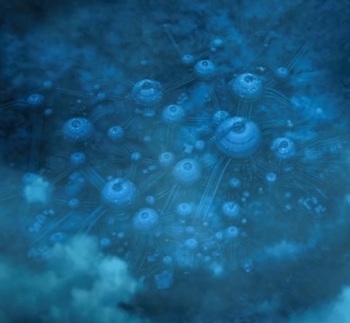 Mechagodzilla is a giant robot that the Bilusaludo patterned after Godzilla — as the name suggests — and intended to use it to kill Godzilla and then turn it on humanity to conquer Earth for themselves. Unfortunately for them, Mechagodzilla refused to activate, and was left abandoned on Earth when Godzilla attacked the facility where it was being stored. City on the Edge of Battle reveals that Mechagodzilla's head has assimilated the surrounding area into the eponymous Mechagodzilla City, becoming a perfect weapon against Godzilla Earth.