This is a listing of members of House Baratheon of King's Landing who appear in A Song of Ice and Fire.

For the House Baratheon of Dragonstone, see here

For the House Baratheon of Storm's End, see here 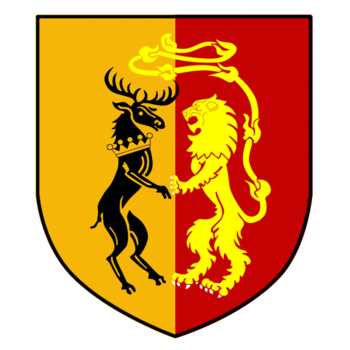 The current royal house since the triumph of Robert's Rebellion and the deposition of House Targaryen. It was created by the marriage of Robert Baratheon and Cersei Lannister, which was arranged by Jon Arryn, Robert's first Hand of the King. Its sigil, adopted when Robert's alleged son Joffrey took the throne, is the crowned stag of Baratheon and the golden lion of Lannister, combatant.

Upon the marriage of King Joffrey I with Margaery Tyrell, the royal house's main ally in the War of the Five Kings became House Tyrell. They also secured tenuous alliances with House Bolton in the North and House Frey at the Riverlands in order to preserve their rule through the war.

King Robert Baratheon, the First of His Name

The Demon of the Trident, The Usurper, The Whoremonger King 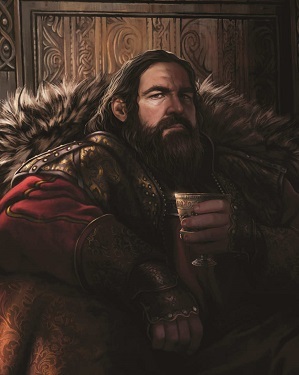 "I'm still young, and now you're here with me, things will be different. We'll make this a reign to sing of, and damn the Lannisters to seven hells."

The King of Westeros when the story begins, he was the victor of the first civil war, known variously as "The War of the Usurper" or "Robert's Rebellion." A brave and unstoppable warrior in his youth, the death of the woman King Robert loved has caused him to degenerate over the years into a fat drunk man whose only interests are eating, drinking, hunting and whoring. Since he is uninterested in governing the realm, the real power lies with Jon Arryn. He hates the Targaryens and wishes to kill the remaining members of that House, particularly when they ally themselves the horse lords who could pose a threat to the kingdom. He is eventually murdered by his wife Cersei, who orchestrated a hunting "accident" by switching Robert's wine with a much more potent drink.

King Joffrey Baratheon, the First of his Name

The Young Usurper, The Illborn, The Boy King 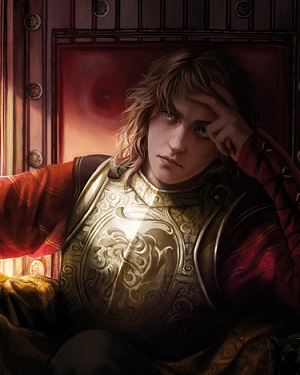 "So long as I am your King, treason will never go unpunished! Ser Ilyn, BRING ME HIS HEAD!"

The firstborn son of Cersei Lanister with her twin brother, Jaime. He is believed to be King Robert's son and heir. He is betrothed to Sansa Stark, who completely falls in love with the handsome Prince. He gradually reveals what he really is, however, and it goes downhill from there. With his actions and personality combined, he is perhaps the most universally despised character in the entire franchise. 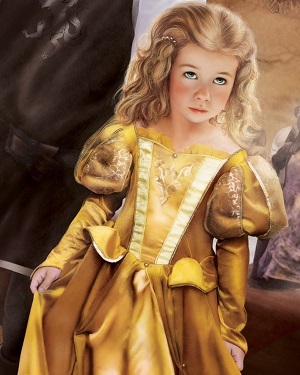 Myrcella is an eight-year-old girl and the only daughter of Robert Baratheon and Cersei Lannister. She is sweet-tempered, nice and gentle to everyone, as well as being mature for her short age and, unlike her brother, is not intimidated by Joffrey. In Clash of Kings, Tyrion arranges for her to marry Trystane Martell, and she is later sent to Dorne to gain the support of House Martell. 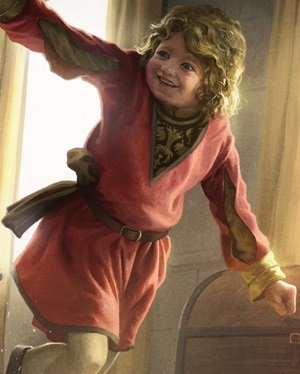 "When I'm king in my own right, I'm going to outlaw beets."

The third child of King Robert and Queen Cersei, later revealed to be, like his siblings, the son of Jaime and Cersei, Tommen is a seven-year-old with a kind heart, but very docile and innocent. He loves his uncle Tyrion and is very obedient of his mother. After Joffrey's death in A Storm Of Swords, Tommen is named king of Westeros, and later marries Margaery Tyrell in A Feast For Crows.