A list of non-player characters that appear in A Game of Gods. It is divided into two groups; those that feature only in the Challenges, and those which have become important to the overall plot.

For the Nomads, look here.

Warning: All spoilers are unmarked.

A young dolphin separated from his pod by mysterious circumstances, Ecco is alone, frightened and confused when the Champions first find him at the beginning of the Endless Blue challenge. In spite of this, he proves to be a valuable ally in their sojourn across the vast expanse of the sea.

Jack Skellington is the protagonist in the Disney film The Nightmare Before Christmas. Jack is the "Pumpkin King" of Halloween Town and lives in a fictional world based solely on the Halloween holiday. His usual appearance is a skeleton dressed in a black pin-striped suit and a bow tie resembling a bat, but there are some points in which he dresses as a scarecrow with a pumpkin for a head. 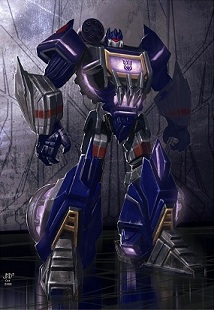 The Decepticons' chief communications officer and Megatron's second-in-command. He runs the Kaon Prison Complex with an iron fist, his emotionless tone striking fear into the sparks of friend and foe alike. Soundwave also stores a band of Minicons inside his chest cavity, who act as his loyal subordinates and bodyguards.

Brutal and cunning overlord of the Decepticons, and master of dark energon. Somehow, he knows about the Reapers, which is worrisome, to say the least.

A quintet of Decepticon roadsters, the Stunticons are Megatron's Ground Superiority unit. Each has an extremely fast vehicle mode and is a skilled warrior. Each member of the unit is also clinically insane. Their members are the tyrannical and merciless Motormaster, the victory-obsessed Drag Strip, the psychotic Wildrider, the gloom-ridden Dead End, and the paranoid Breakdown.

One of the teachers encountered in the Magical Girl challenge. Not exactly the paradigm of mental stability, as he near-constantly berates his class, makes overly-theatrical gestures(including standing on his own desk), and apparently had enough time to build extendable chalk into his otherwise useless cane. Teaches the Economics Course. Seems to have something against Gardenia.

One of four teachers whose class the Champions had on their first school day during the Magical Girl challenge, Ms. Nakamura is cheerful, friendly and energetic. She's also hyperactive, childish and a bit of an airhead, though she means well. Surprisingly, she teaches a sociology course pertaining to feminism. In addition to this, she is also an older and more-experienced Magical Girl with the alias of Harmony, and with their mentor-ferret incapacitated she has taken on the role of mentor for the group.

Narumi Tsuharu (Sokichi's female form)'s father during the Magical Girl challenge. When Natsuki, Tsuharu's mother, died, Tsuharu proposes herself to Taki. He accepts with no qualms.

An enormous, flying monstrosity that menaces the city during the Magical Girl challenge. No one is quite certain what it is, but it is made clear that The Collector comes to the city once every five years in order to collect large numbers of people for an as-yet unknown purpose. It was revealed that the Collector used to be a man named Daisuke Hayashi, who became the Collector through a craving for immortality.

A UNSC Army squad, composed of Sergeant Everson, Corporal Bennett, Lance Corporal Sarkovsky, PFCs Galloway, Richards and Yuan, and Private Hawkins. They are the first friendly faces the Champions see when they arrive on Reach.

Commander Carter-A259 is a SPARTAN-III fighting for the UNSC. He is the leader of a squad composed of five other Spartans known as Noble Team. Carter is a born leader, inspiring all those under his command. He is very cautious, always double-checking plans. Carter's call sign is Noble One.

Lieutenant Commander Catherine "Kat"-B320 is a SPARTAN-III serving as Carter-A259's second in command for Noble Team. She is skilled at hacking, cryptanalysis and tactics. She has a habit of snooping around in restricted databases and stealing classified documents. She is very protective of the data she is given/steals. Kat's call sign is Noble Two.

Warrant Officer Jun-A266 is a SPARTAN-III serving under Carter-A259. He is highly adept at sniping, scouting and stealth. Jun is one of the friendlier members of Noble Team, and he is certainly the most talkative of them all. However, when he's doing his job, he doesn't seem to care much about the consequences of his actions. Jun's call sign is Noble Three.

The most recent addition to Noble Team, B312 is a SPARTAN-III with the rank of Lieutenant. Very little is known about him, as his personal files are heavily censored. What is known about B312 is that he is a very lethal soldier, and he is a qualified expert in several fields. B312 does not speak often. When he does, he is always curt and professional, never losing his cool. B312's call sign is Noble Six.

A scientist of Planet Thor, Terran Hegemony, that the champions met in the Crossover Challenge. A confident, almost arrogant woman, she nonetheless is very protective of her husband, a Dr. Ikari, and is willing to put herself in harm's way for the greater good.
Overarching NP Cs

One of the teachers in the Magical Girl challenge. Mr. Tetsumaku is one of the PE teachers, and has a rivalry with Mr. Sanichigo over whose class wins the tug-of-war competition. Over the course of the thread, he nearly dies fighting the Collector, escapes from hospital, steals an ambulance, and returns to fight a land shark and then the Collector as part of the final battle of the challenge. It is possible that he is of greater importance to the Game than he first appears.

He is apparently a former Challenger, and has a serious bone to pick with the Nomads.

The last of the schoolteachers to be encountered in the Magical Girl challenge, Sterling is the school's Biology teacher. Like the others, she is probably clinically insane, albeit of a Mad Scientist bent. Among other things she skinned her own hand to provide a demonstration on muscle structure for her class. It is later discovered that she knows about the Senshi and later turns up to help them.

She also knows about the Nomads and the Challengers. She recovered some of Gordon's equations in the aftermath of the Magical Girl challenge, and is working on a way to jump between universes.

One of the teachers the Champions encountered during the Magical Girl challenge. He loves putting his students through hell, with most of the students getting injured in the process, hence the bloodstained shirt. Despite being one of the darkest teachers ever, he acts so excited and talks to kids like he was the best teacher in the world. He teaches Phys Ed.

However, when the challenge took too long, Phi possessed him. Phi confirmed that Mr. Sanichigo is dead. 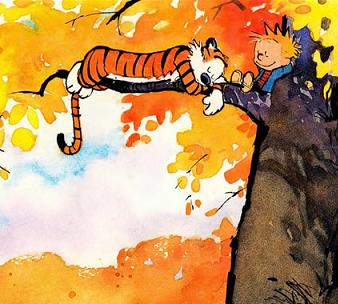 The best of friends ever to the end.

The duo consisting of a 6-year old kid and his tiger doll buddy, who comes to him in his presence. He also changes to his personas like Tracer Bullet, Spaceman Spiff and Stupendous Man. Not to mention that he can create things like his Transmogripher from nothing. They were both placed in the room prior to the Blind Date challenge, being in the Common Room with the Champions.

A vast, horrific entity that dwells in a realm of absolute darkness, ECHIDNA has been encountered by the Champions a number of times, yet never intervenes directly in their affairs. She has a strange connection to Lambda of the Nomads, and is stated to have been a Champion herself before willingly becoming the abomination that she is now. The Nomads seem to consider her to be a very great and very real threat, yet are unable to kill her; deciding what should be done with ECHIDNA has become somewhat of a divisive issue amongst their ranks. The mention of Tokyo (or maybe even Tokyo-3) also seems to infuriate her, driving her into a murderous rage while screaming in Japanese.

In the distant past, she was a Nomad by the name of Rho (ρ) and the lover of another Nomad called Lambda; like him, she was once a Champion herself, and is heavily applied to have originally been Asuka Langley Sohryu or a variation thereof. Her voluntary transformation into this form, as it turns out, wasn't so voluntary; Omega turned Rho into ECHIDNA in order to gain a living factory of horrific monsters for his own sinister purposes. Lambda's ultimate goal has been to free her from her current, monstrous state, and with the help of the Champions he succeeds in the endgame; having been restored to her Nomad form, Rho joins the Champions in the final battle against Digamma.

Tropes which apply exclusively to Rho herself can be found here.