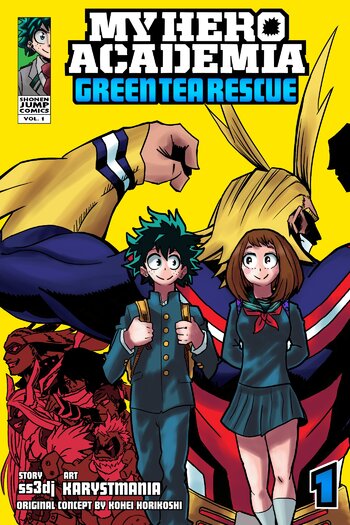 Cover of the first arc
Advertisement:

is a My Hero Academia fanfic with two key differences from canon: the first one is that, unlike canon, Izuku is born with a Quirk, the ability to telekinetically move small objects. However, this Quirk is so weak Izuku is functionally Quirkless and is treated as such.

The second and biggest change is that Ochako Uraraka moves to another apartment a year earlier than in canon, since her parents found her an apartment very close to UA at an extremely low price, and they couldn't let such a good sale go. That means that Ochako starts attending Aldera Junior High for her last year before High School, where she meets and befriends Izuku a whole year before canon.

In no time, the two of them become inseparable, and together they vow to become the greatest heroes who ever lived.

Now with a character page under construction. Please move all the character tropes there.