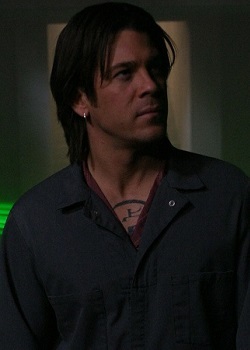 "You're either with the one with power or you're powerless!"
Played By: Christian Kane

A lawyer at Wolfram & Hart and both an enemy and ally of Angel Investigations. 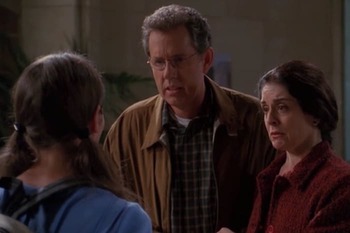 The parents of Winifred Burkle. 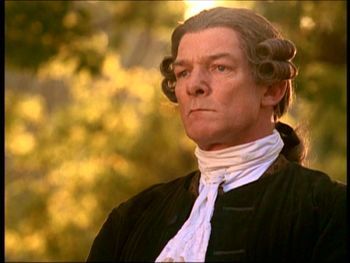 Played By: J. Kenneth Campbell
Appears In: "The Prodigal"

A silk and linen merchant from Galway in the 1750s. 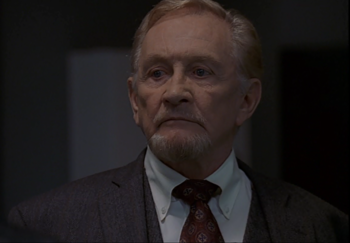 The father of Wesley Wyndam-Pryce and a member of the Watcher's Counsel before it's destruction.

Vampires, Demons and Other Supernaturals

The Powers That Be
The first beings that existed on Earth, alongside the Old Ones. The opposite of the Senior Partners, their role throughout the series serves to help Angel on his path to atonement.
Darla 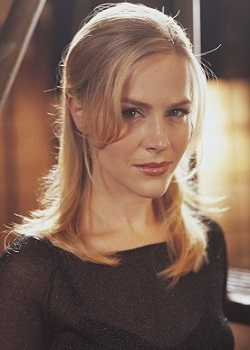 "Do you think I ever hesitated when I wanted something? Life's too short. Believe me. I know. Four hundred years, and still too short."
Played By: Julie Benz

Angel's sire, the one who turned him into a vampire. The two are together for 150 years, but after Angel is re-ensouled, she kicks him to the curb. The two meet again in Sunnydale, and Angel kills her in defense of Buffy. Years later, Wolfram & Hart bring her back to un-life, hoping she will tempt Angel over to the dark side. Eventually, due to Jasmine's meddling, she becomes pregnant with Connor, her son with Angel, and stakes herself because she can't give birth. 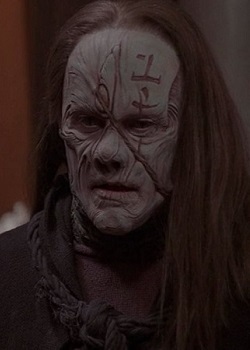 One of a race of demons known as the Granok who thrive on chaos and violence. The Granok are pale and disfigured, with faces covered in scars and markings. Wolfram and Hart made Sahjhan and the rest of his kind immaterial. Mesekhtet (the little girl in the White Room) claims this was because she liked trouble, but hated the chaos the Granok were bringing. Once an immaterial being, however, Sahjhan became capable of teleporting through time and dimensions, earning him the nickname Timeshifter. Despite his capability of time travel, Sahjhan is unable to learn details of his own future, thus can only relies on prophecies of his own fate. 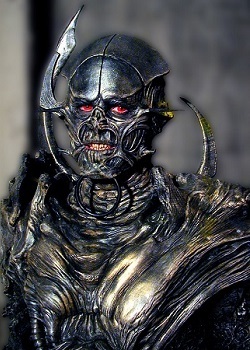 "I respect what you're trying to do. It's noble and heroic and all that other Russell Crowe "Gladiator" crap."
Played By: David Denman
"Angel, buddy, whatever's going on, I'm telling you true: Not a dupe!"

A formidable and powerful demon, whose body is plated in armor. The demon sports a confident, charismatic personality and frequently makes humorous references to human popular culture and turn-of-phrase, claiming to have watched and loved The Matrix but not loved Gladiator. The history and nature of Skip is largely unknown since much of what Skip says is later revealed to be a lie. Skip is revealed to be a servant of Jasmine who is used to trick Cordelia Chase into becoming a vessel for the possession and birth of Jasmine. 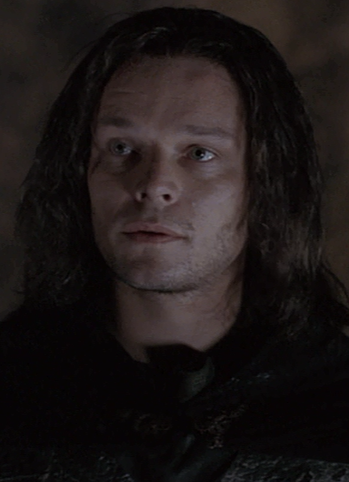 A mystic warrior who has been alive for at least a thousand years and who had encountered Angel at some point during the twentieth century. 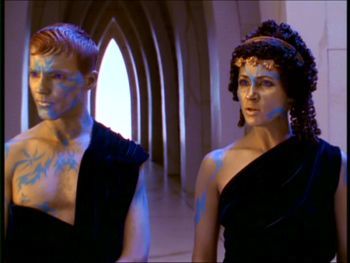 Servants of The Powers That Be. The Oracles were a pair of higher beings - male and female - whose task was to guide the warriors of good, communicating them the will and actions of the Powers That Be, though they did so in exchange for a tribute. 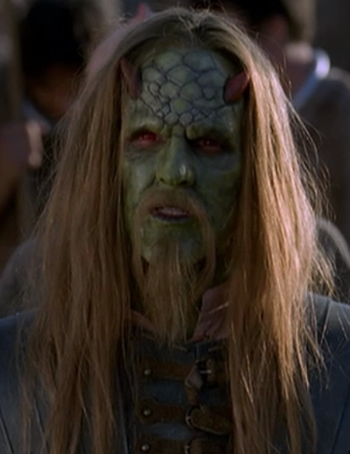 An Anagogic demon, a member of the Deathwok Clan and cousin of Lorne. 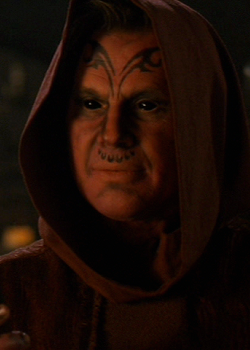 A male demon of an unnamed species and the leading priest of the Covenant of Trombli, making him the de facto ruler of Pylea.

Mother of the Vile Excrement 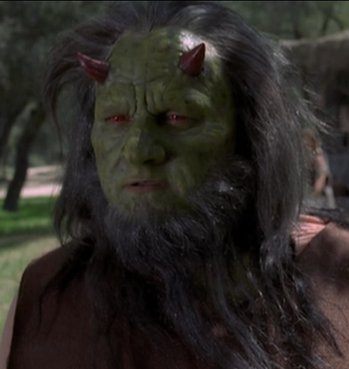 An aged and bearded Deathwok demon and the mother of Krevlornswath, Numfar of the Deathwok Clan and a third child whom she and her husband devoured. She heaped curses on Lorne both coming and going. 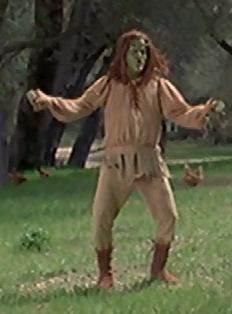 A Deathwok demon and the second brother of Lorne, the first having been eaten by their own parents. When Lorne originally vanished, he apparently danced the "Dance of Joy" for three days. 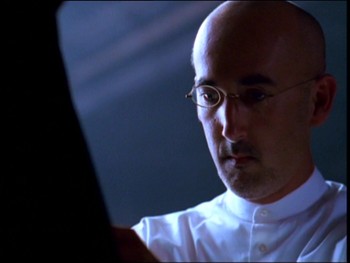 Portrayed By: Kevin West
Appears in: "In the Dark"

A vampire and a torturer for hire. He also had a taste for feeding on and killing young children. 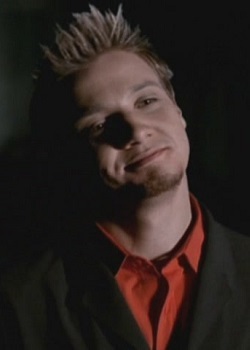 "Think of the worst possible thing you can imagine, and I'll see you there."
Portrayed By: Jeremy Renner
Appears in: "Somnambulist"

A vampire sired by Angelus in 1786 and, in later centuries, a serial killer nicknamed "The Pope" by the Los Angeles press. 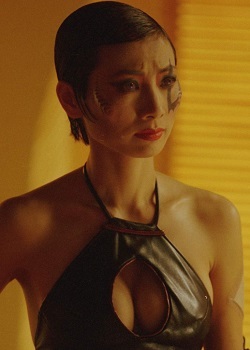 Played By: Bai Ling
Appears in: "She"

The princess of the demon people from the dimension Oden Tal. 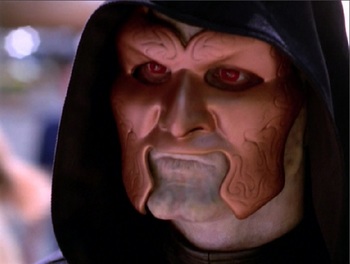 Played By: Todd Stashwick
Appears in: "To Shanshu in L.A."
"The old order passes away, the new order is come... He that was first shall now be last, he that was dead shall now arise..."

A powerful demon summoned by Wolfram & Hart to aid them in their fight against the vampire Angel. He could be recognized by his bronze-colored mask and black hood. 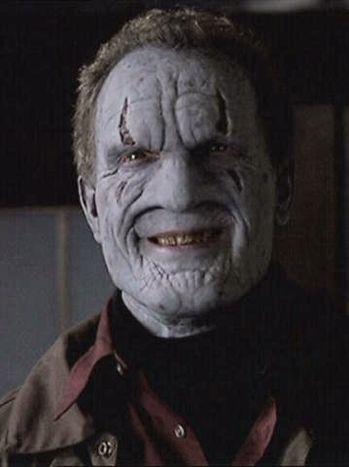 A humanoid demon of an unknown species and an old rival of Angel. The two had met in Juarez in the 1920's, and fought over a woman while Boone was hung over. However, the fight was stopped because of sunlight, and Boone's sense of honor prevented him from taking advantage of that. Boone was left with the doubt of who would win in an evenly matched fight. 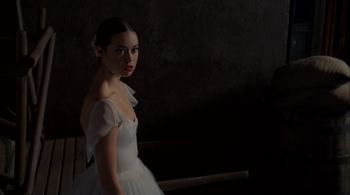 Played By: Summer Glau & Charisma Carpenter
Appears in: "Waiting in the Wings"

A young woman who was employed as a dancer for the Blinnikov World Ballet Corps by Count Kurskov.

A dancer at the Blinnikov World Ballet Corps and the lover of the company's Prima Ballerina until Count Kurskov found out. 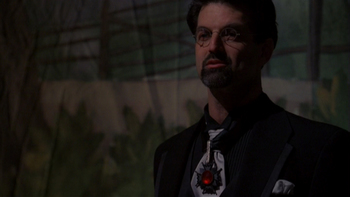 The owner of the Blinnikov World Ballet Corps. 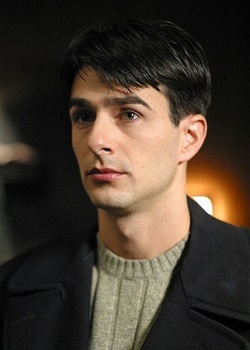 "Come on, chief. Give me a mission."
Played By: Eyal Podell
Appears in: "Why We Fight"
"We all need a reason to live, even if we're already dead."

An ensign of the United States Navy during World War II and a vampire. 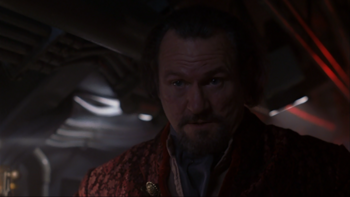 Played By: Bart McCarthy
Appears in: "Why We Fight"

A Siberian vampire who was kidnapped alongside Spike and the Prince of Lies for a Nazi-funded World War II super-soldier project. 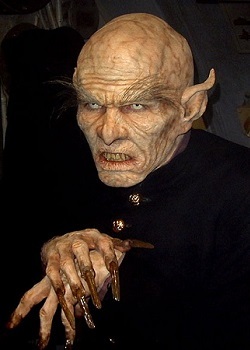 "I am as ancient as the darkness itself."
Played By: Camden Toy
Appears in: "Why We Fight"

An ancient vampire who was captured by the Third Reich during World War II as part of an effort to surgically alter vampires on a psychological level in order to create an army of vampire-soldiers.