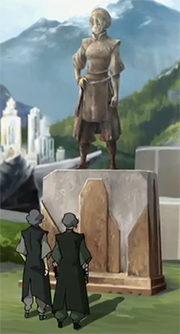 Lineage does NOT come from the father in this family.
The Beifong family is an old aristocratic house in the Earth Kingdom. Their house crest, the winged boar, is widely recognized. Its most illustrious family member in recent history is Toph Beifong, widely regarded as one of the greatest Earthbenders who ever lived for many feats: being the Earthbending sifu of Avatar Aang, her blindness- leading to her creating her own unique style of Earthbending, which then contributed to her discovering and honing the Earthbending technique subset known as Metalbending. All listed in this category descend from her, with one exception instead through marriage.

open/close all folders
General
Toph
The living Earthbending legend and elderly matriarch of the current Beifong family. For tropes pertaining to Toph, refer to the The "Past Characters" page.
Lin 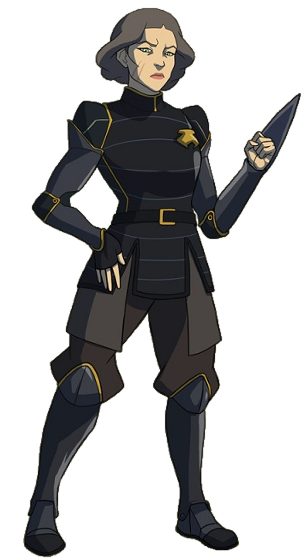 "Show a little more backbone!"
Click here for her in her younger years. 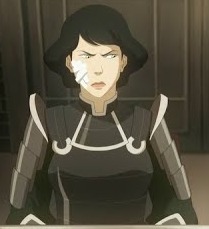 Daughter of Toph Beifong, and the head of Republic City's Police corps. Forceful and uncompromising, Lin has a soft heart under her metal armour, and will do anything to protect the safety of Republic City. 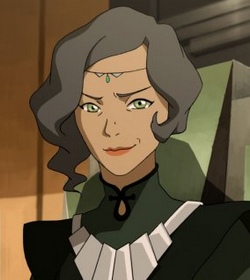 Toph's second daughter and Lin's half-sister. She is the leader and co-founder of Zaofu. 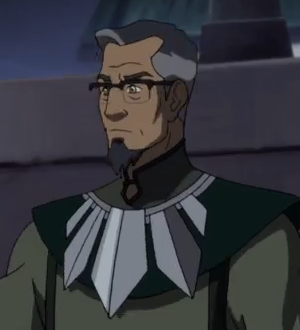 Baatar Jr.
Suyin's eldest son and Kuvira's fiancé. For tropes pertaining to him, refer to the "Enemies" page.
Huan 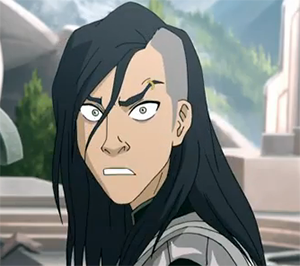 It's not a banana!
Click here for his appearance in Book 4. 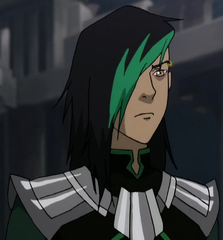 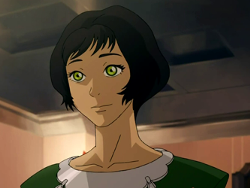 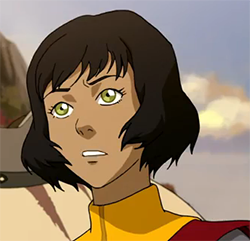 Voiced by: Marcus Toji (both) 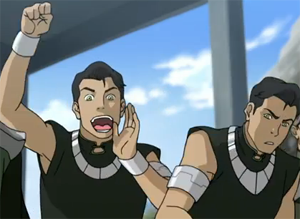 "We can't let Opal be the coolest!"