Characters / The Legend of Korra - Other Characters 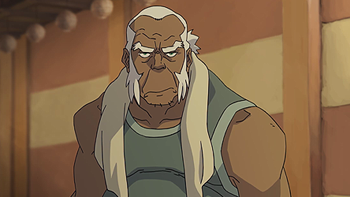 "I could find you a place to stay right here in the arena. Who knows, you could be champs. At least it's a chance at an honest living."

A former pro-bender who captained the championship-winning Black Quarry Boar-q-pines, Toza is an elderly man who trains Mako and Bolin and gave them a place to stay when they left the triads. 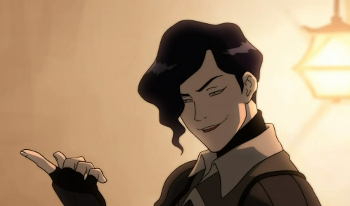 "You know...If you'd like to learn how a real pro bends, I could give you some private lessons."

A rival pro-bender of the Fire Ferrets. The captain of the Wolfbats. 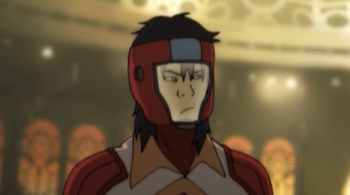 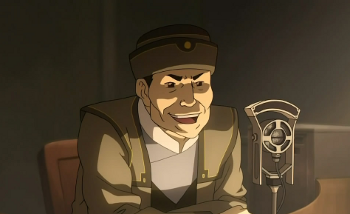 "They're bending my mind!"

The non-bender radio commentator for pro-bending broadcasts, with a stereotypical overexcited "newsreel" tone of voice. 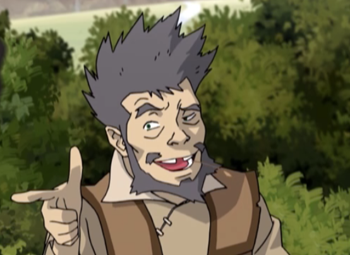 "We got benders and nonbenders living together down here, but do you see us fightin'? No siree; we've figured out how to harmoniously co-exist."

Gommu is a vagabond living in a bush in Republic City Park. He spies Korra eating fish, and asks her for one. He then explains to Korra that Republic City is worse than it seems, before diving back into his bush when a policeman sees them. Before living as a vagabond, he traveled and saw the world working for the United Forces as a telegraph operator. 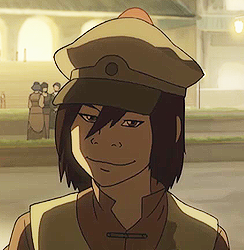 Skoochy is a crafty and cunning homeless kid who has his ears to the street and is happy to give anyone information, as long as his price is paid. He met Mako and Bolin a few years ago, when they were living on the street as well, soon after he had just escaped from his second orphanage and vowed never to go back. He usually hangs around the Central City Station and picks the pockets of unsuspecting tourists. 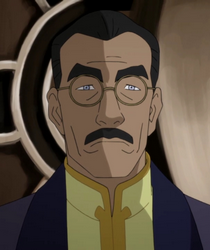 "I'm very concerned by what's happening down there. But I don't think it's the Republic's place to interfere with internal Water Tribe matters."

The new president of the United Republic, elected after the events of Book 1. 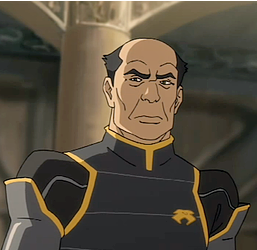 "It was an honor serving under Chief Beifong for so many years and I wish her a speedy recovery. It is with great humility that I take her place as the new Chief of Police."

The captain of the Metalbender Corps working in Republic City under Chief Beifong. 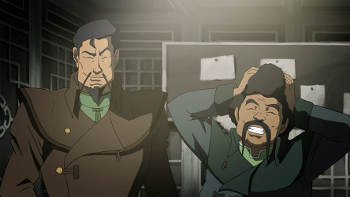 A pair of detectives on the police force investigating the various crimes related to Future Industries and the Water Tribe civil war. 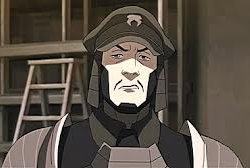 "You're staying put until the chief comes back." 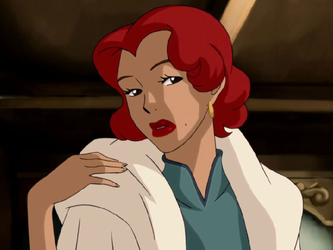 "You're confusing Ginger the actress with Ginger the character... Ginger loves Nuktuk, not Bolin."

The star of Varrick's new line of movers, whom he appeared to hire strictly because of her Fanservice potential.

Nuktuk, Hero of the South

Nuktuk, Hero of the South 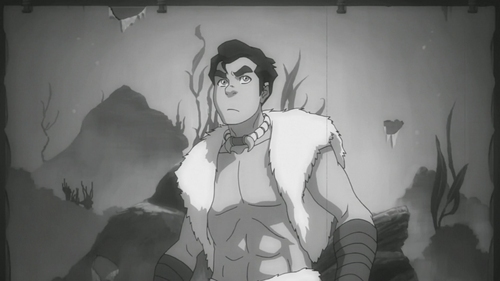 A character played by Bolin in Varrick's Nuktuk, Hero of the South movers. He is the hero of the Southern Water Tribe and seeks to defeat The Evil Unalaq. 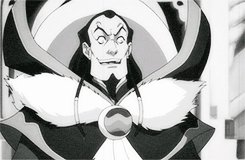 The version of Unalaq appearing in Varrick's Nuktuk, Hero of the South propaganda films. He is the arch enemy of Nuktuk, and with his waterbending device he plans to destroy the world. 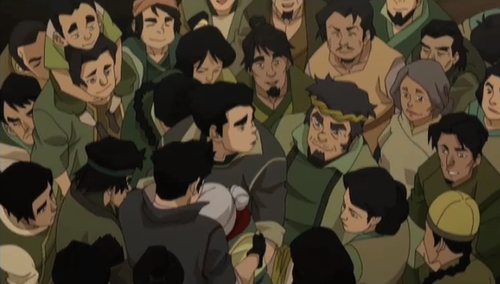 The very extended family from the brothers' father's side. A whole family living in an apartment with Grandma Yin being their head of the household.

"I'm the one who gets in trouble when people don't follow [the rules], so please, please for my sake try not to upset Her Majesty."

The Grand Secretariat of Ba Sing Se under the Earth Queen. 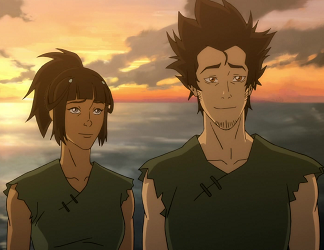 Escapees from Kuvira's prison camps, where they were put for to being of non-Earth Kingdom origin. . 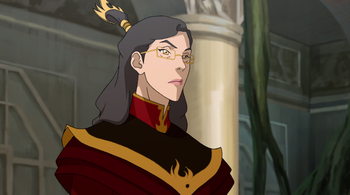 "I refuse to drag my nation into another war, unless there's no other choice."

The current reigning Fire Lord, daughter of Zuko, and mother of General Iroh.