Characters / The Legend of Korra - Allies

General
These are tropes which apply generally to Korra's family.
Tonraq 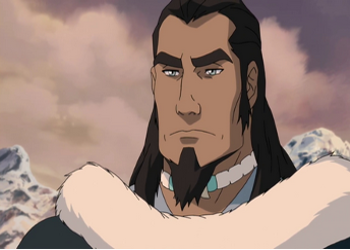 "I was protecting you from the shame I brought on the family."
Voiced by: Carlos Alazraqui (In Book One: Air) and James Remar (Book Two: Spirits onward) 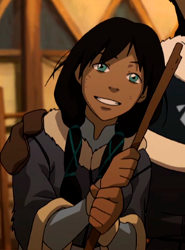 "We love you so much."
Voiced by: Alex McKenna

Korra's mother, a native to the Southern Water Tribe.

Unalaq
Korra's paternal uncle, and chieftan of the Northern and Southern Water Tribes. For tropes pertaining to him, refer to the "Enemies" page.

Desna and Eska
Korra's twin cousins, children of Chief Unalaq. For tropes pertaining to them, refer to the "Enemies" page. 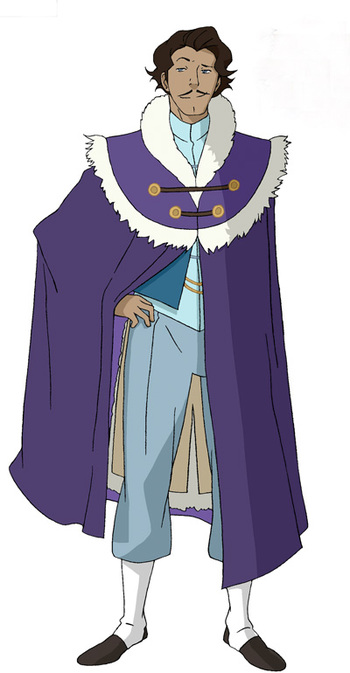 "I like to think I'm always there to stand up for the little guy. Especially if that little guy can help this guy become a bigger guy."
Voiced by John Michael Higgins

A resident of the Southern Water Tribe and one of the world's leading businessmen, introduced in Book 2. 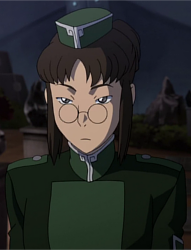 "Zhu Li, do the thing!!"
Voiced by Stephanie Sheh 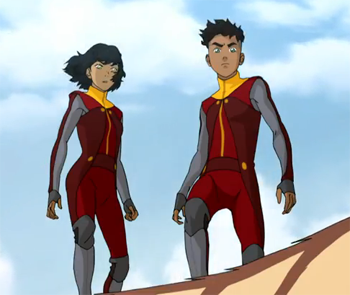 "It's safe to come out, everyone! The Airbenders are here!"

After Harmonic Convergence passed, non-benders around the globe spontaneously started exhibiting abilities in airbending. Team Avatar and Tenzin's family set out on a quest to gather them up in an endeavor to rebirth the Air Nomad nation. This section covers those new airbenders not covered in other categories. For others, reference Opal in the Beifong Family section, or Commander Bumi in the Tenzin's Family section.

Tenzin's Family
Master Tenzin and his airbender children formed the cadre that trained the New Air Nation members in how to use their new Airbending powers. Additionally, his brother Bumi manifested Airbending powers after the Harmonic Convergence. For tropes pertaining to them, visit this page.
Kai 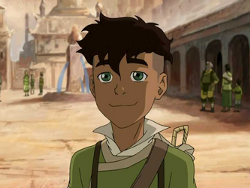 Don't let that smile fool you.
Click here for his Book 4 appearance 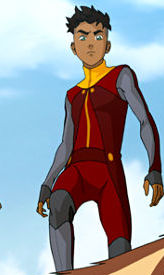 An Earth Kingdom citizen and new airbender thanks to Harmonic Convergence. He takes up the offer to join the Air Nomads to escape the police chasing him. 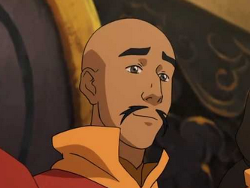 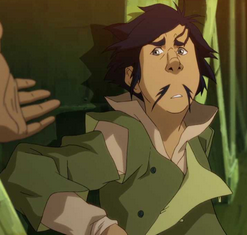 One of the people empowered with airbending by Harmonic Convergence, and the first recruit to rebuild the Air Nomads. 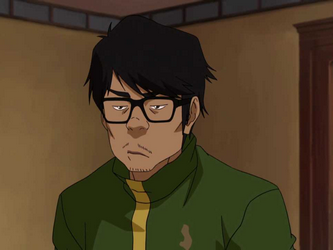 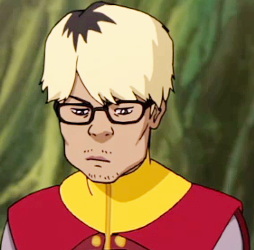 One of the new post-Harmonic Convergence airbenders. Despite the urgings of his mother and the Krew, he refuses to do anything with his new powers. 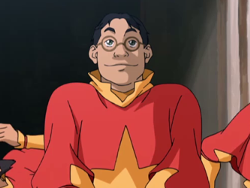 A non-bending Air Acolyte who gains airbending after Harmonic Convergence. Due to his previous training, he is already an expert in Air Nomad culture and history. 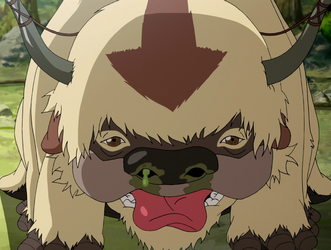 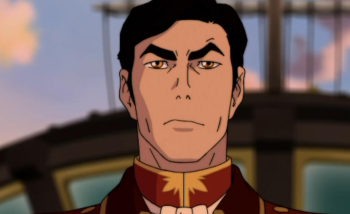 "Well, suppose I were to take the fleet South on some routine training maneuvers. And let's say we were to accidentally run into a hostile Northern blockade. We'd have no choice but to defend ourselves, wouldn't we?"
Voiced by: Dante Basco

Leader of the United Forces and Zuko's grandson. His mother is Fire Lord Izumi. 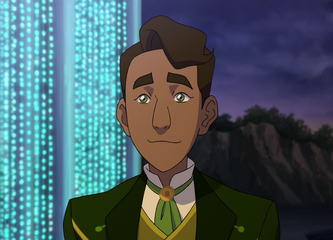 "Okay, I’m just spitballing here, we march in with an army of highly trained badgermoles?"
Voiced by: Sunil Malhotra

Heir to the Earth Kingdom throne, and the great nephew of the Earth Queen. 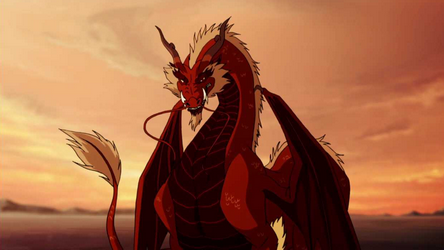 Zuko's dragon and a descendant of Ran and Shaw.