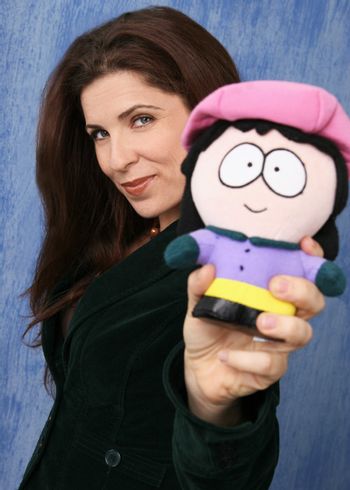 (born April 1, 1969 in Truckee, California) is an American Voice Actor who is known mostly for taking over 80% of all of the female roles on Comedy Central's South Park during the 8th season after Trey Parker and Matt Stone went through a revolving door of voice actresses to replace Mary Kay Bergman after her death in 1999.
Advertisement:

Besides her various roles from South Park, she took some roles in several video games and cartoons, to note a few:

This voice actress provides examples of: