Video Game / Lure of the Temptress 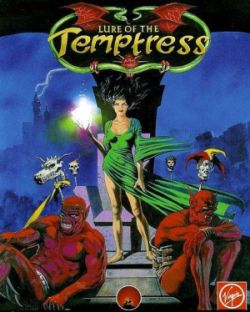 Lure of the Temptress is a an Adventure Game published in 1992. It was the first game produced by Revolution Software, which went on to make Beneath a Steel Sky and the Broken Sword series. In it, a lowly hunt assistant called Diermot finds himself responsible for overthrowing the tyrannical rule of the evil sorceress Selena, who has taken over the town of Turnvale.
Advertisement:

It was released for Atari ST, MS-DOS and Amiga, and has since been released as freeware. It is now available here

, or on GOG.com if you have an account there.