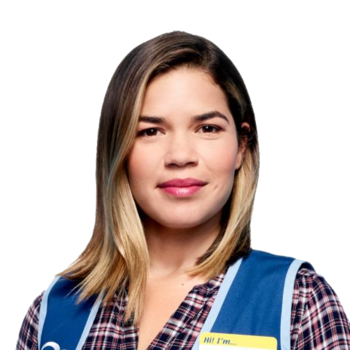 Cloud 9's weary, beleaguered, floor manager, in charge of handling assignments of sales associates on a day-to-day basis. As of the beginning of the series, she has been working at Cloud 9 for ten years. 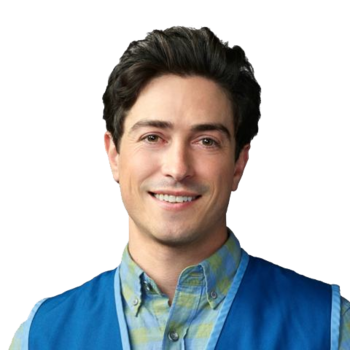 One of Cloud 9’s newest employees at the start of the series, Jonah is an overly politically correct business school dropout who immediately develops a rapport with Amy. 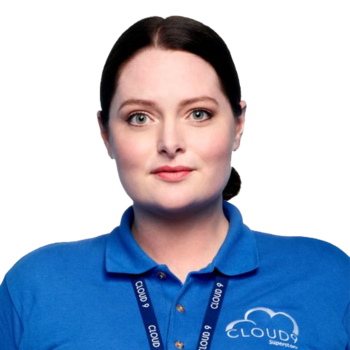 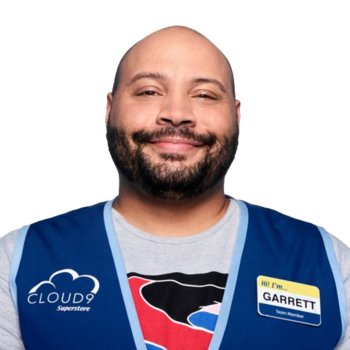 A profoundly uninterested Cloud 9 employee in charge of the PA system that aims to make it through his work day doing as little as possible. Doesn't mean Garrett’s going to do that without poking fun at everyone along the way though. He uses a wheelchair. 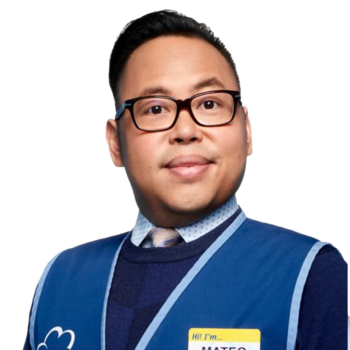 A snippy, sarcastic, gay employee who is hired on the same day as Jonah. Mateo is an ambitious young man who sees Cloud 9 as his means of getting somewhere. 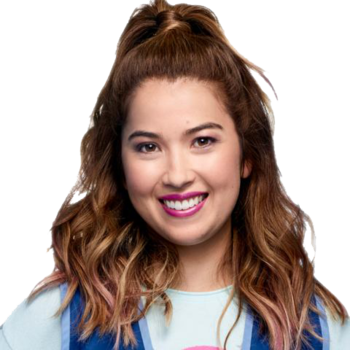 An airheaded, quintessentially Gen Z teenage employee who works at the cashier. Cheyenne is pregnant at the beginning of the series and gives birth at the end of season 1 to a baby girl named "Harmonica".

Mateo: Like, do you really want men gawking at you like you're some piece of meat?
Cheyenne: Kinda. 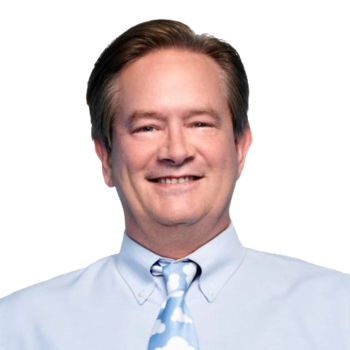 Cloud 9's religious, people-pleaser manager. What he lacks in full competence, he makes up for in optimism and whole-hearted support for his employees.

A soft-spoken Cloud 9 employee that is put down more often than not by Dina.

An entirely silent Cloud 9 employee who is somehow amazing at everything he does.

A sales associate, later warehouse manager with a criminal history. Nobody seems particularly fond of him.

An old woman in her 80's, Myrtle is the store's longest-serving employee.

Another sales associate, who's scheming and a little unstable.

A sales associate who thinks she's a lot cooler than she actually is.

A sales associate who everyone considers very creepy.

A part-time hire who joins Cloud Nine in season 3.

A robot added to the store in season 5.

Cloud 9 district manager, brought in to evaluate the store.

The District Manager in season 5, after Laurie gets fired.

Amy and Adam’s daughter, whose birth led to Amy’s needing to work at Cloud 9 in order to support her family.

Cheyenne’s boyfriend, later husband, and father of her child.

A man both Sandra and Carol develop an interest in.