Characters / Born To Be Wilde The Counts Court

Count Reynard and his main henchmammals, most of whom don't really care for the guy. 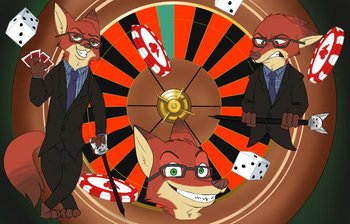 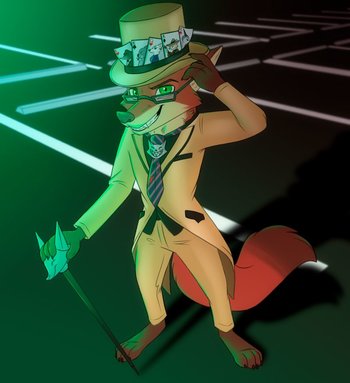 "Nobody wrongs my son and gets away with it. Not Big, not Thornbrush, not any of you. On my honor, Nicholas Piberius Wilde is going to be the greatest criminal the world has ever seen."

The mastermind behind the Crime Lord Killings, a series of assassinations against Zootopia's most powerful criminals, with the aim of becoming the greatest of them all. His true identity and motivations remain a mystery for a while, but seem fairly clear-cut at first. Then he's revealed to be John Wilde, Nick's father, which...complicates the issue a bit. 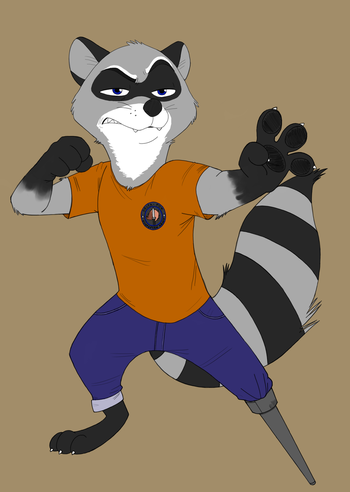 The One-Legged Bandit
"I did what he asked and gave him what he wanted. If he has a problem with the way I do things, kindly remind him that I'm in this for my own reasons, not his petty revenge fantasy."

A raccoon mercenary and hitmammal who kicks off the entire plot by assassinating Mr. Big on behalf of the Count. Despite this, his sheer contempt for his employer is clear, which raises the question of why he even works for him in the first place.
Lucy Sang 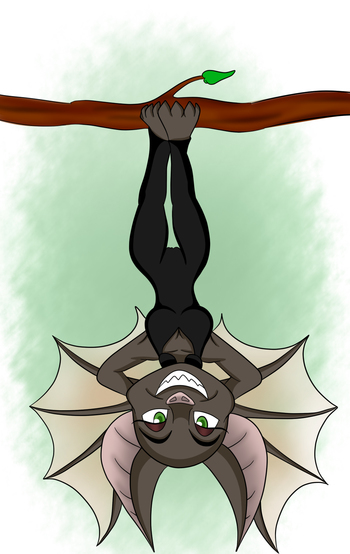 A gleefully-sadistic professional thief with a literal thirst for blood. She seems to be going along with the Count's plan mostly for her own amusement.
Harvey Montapue 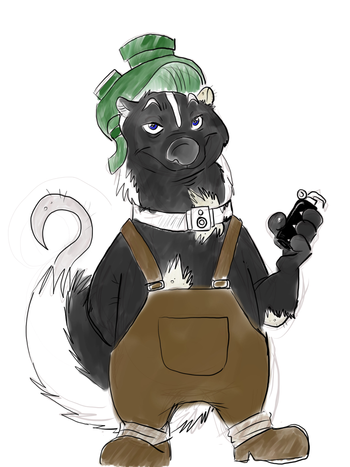 A deeply-unhinged, but relatively innocent skunk whose pyromaniac tendencies are put to good use by the Count.
Finnick

The Lighter Face-Biter
"You don't wanna arrest me for drug dealing, Nick? Then how about assaulting an officer?!"

Nick's former partner in crime. He briefly became a drug runner to make ends meet after Nick left him behind. Nick being forced to arrest him for this put a serious strain on their relationship, and after his immediate failure to get him out, he joins Reynard instead.

A Wallabeanie dressed as a suited version of Nick that is given to Reynard as a gift by Drummond Rane. When his string is pulled, he says a quote and stabs someone.