Characters / Born To Be Wilde Precinct 1

The officers of Precinct 1 who serve as the main characters. Also including a bunch of miscellaneous background characters with inconsistent names. 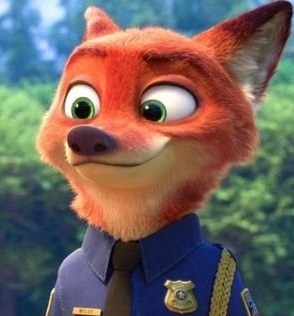 The Dumb Fox
"I am sick and tired of being used as everyone's punching bag!"

The main character this time around. Nick’s idyllic life as a ZPD Officer is thrown upside-down when he is forced to arrest his former best friend on the job, and things keep going downhill from there. Doesn’t make him any less of a smartass through.
Judy Hopps 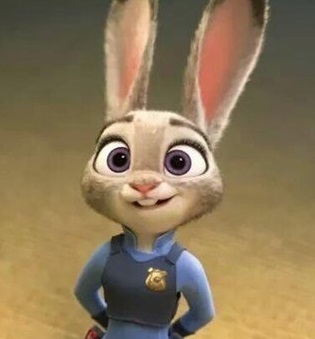 The Sly Bunny
"Haven't you heard? I don't know when to quit."

Nick’s best friend, trusted partner, and actually not romantic interest in this one. (Maybe.) Judy’s commitment to both her friend and her job is repeatedly tested as she aims to put an end to the Crime Lord Killings.
Jimmy Frost 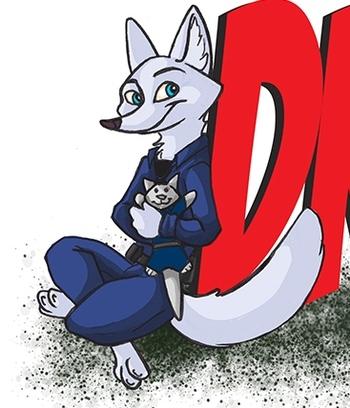 The Not-So-Dumb-Just-Kinda-Naïve Fox
"Sometimes...Sometimes I wonder if I might've jumped into this too fast."

A new rookie police officer who ends up joining the main duo as a result of bureaucracy. He is a huge fanboy of Nick and an ace student at the academy, but has quite a lot to learn about the real world.
Carla Hyenandez 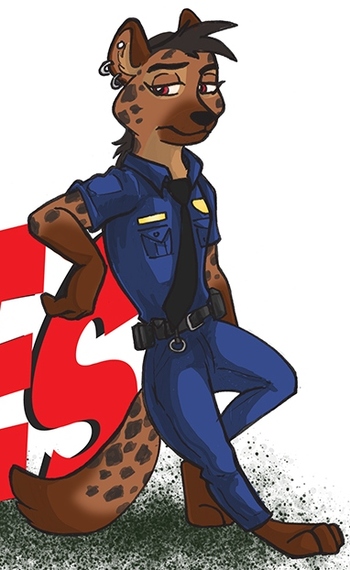 The Humorless Hyena
"Don't let appearances fool you. No matter how glamorous it may seem, some mammals just like to hide behind a mask."

Another rookie cop who hails from the subdistrict of New Mexicow. She is bold, hot-tempered, and seems to really have it out for Nick. Living proof that not all hyenas have a good sense of humor.

Wallace
"I'm just your repressed subconscious speaking out to you in the form of an elaborate ventriloquism act. Or am I?"

A white Wallabeanie in a police uniform that Nick gifts to Jimmy after their adventures on Outback Island. It rarely leaves Jimmy’s side afterward, which has some unexpected consequences.
Chief Bogo 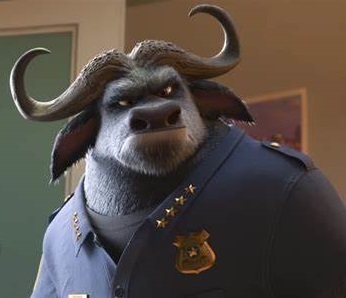 The Bull-Headed Buffalo
"I hate criminals, Wilde. The thought of someone getting away with something like this sickens me to the core. I won't stand for it."

The chief of Precinct 1. He serves to uphold the law to its highest degree, and as a result, has some "communication issues" with Nick throughout the story.

The ZPD's front desk receptionist and radio dispatch. Likes: donuts. Dislikes: being yelled at for just doing his job.

A wolf officer who is assigned to the Missing Prosecutor Case. He's a bit flighty, but his heart's in the right place.

A rhino officer who is partnered with Wolford on the Missing Prosecutor Case. More than makes up for his partner's lack of muscle mass.

Also known as Francine. A fellow female officer who forms a camaraderie with Judy because of it.

A hippo officer who joins Trunkaby in investigating Mr. Big's murder. And that's pretty much it.

A wolf who takes on the Mystery Arsonist Case. Is happy to trade barbs with Nick, but isn't quite as good at it.

A tiger officer partnered with Fangmeyer. He also happens to be a former resident of New Mexicow, much like Carla.

A polar bear officer who joins the foray into the Rainforest District, alongside Judy and Jimmy.

A pig officer who guards the detention center. Isn't particularly good at her job.