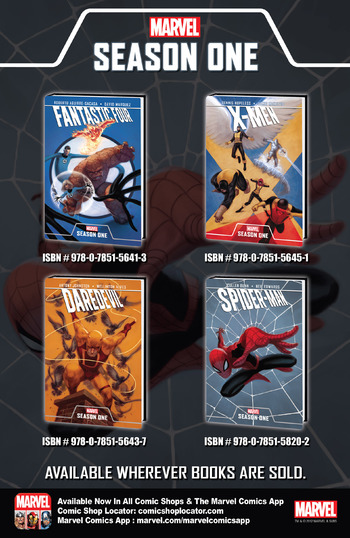 "Let's do the reboot agaaaain!"
All-new original graphic novel, modernizing the seminal origin and formative first days of this super-hero icon that defined pop culture!
— The description in the first page of every issue.

Season One is a series of graphic novel retellings of the first days of various superheroes of the Marvel Universe, starting with The Fantastic Four in 2012 and ending with Thor in 2013, with various other classic Marvel supers in between.

Tropes included in the various Season One books: