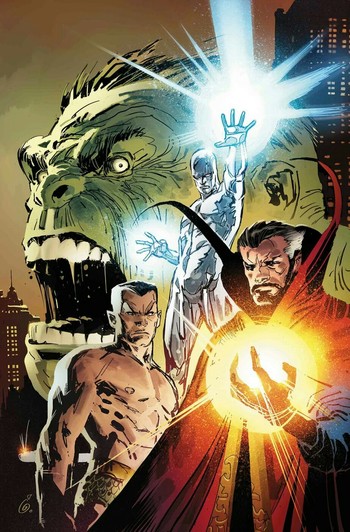 Best Defense is a 2018 series of five one-shots that connect together to form a larger story. Each issue is from the perspective of one of the original Defenders — the Hulk, Namor the Sub-Mariner, Doctor Strange, and the Silver Surfer.

Tropes included in The Best Defense: