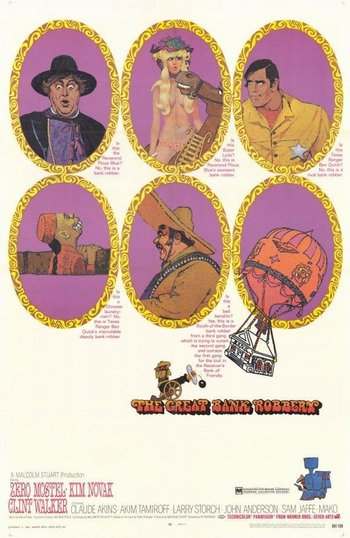 The Great Bank Robbery is a comedic 1969 Western film directed by Hy Averback, in which the fortress-like, criminal-founded bank of 1880-era Friendly, Texas is targeted by a converging collection of individuals:

The Great Bank Robbery contains examples of the following tropes: