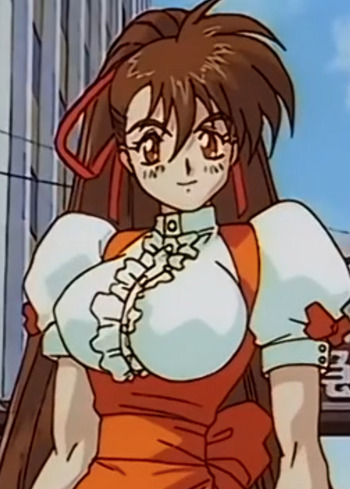 The heroine and protagonist of Variable Geo. She's 17 and a practitioner of Kyokushin Karate, since childhood. She currently works as a combat waitress at Hanna Miller's and enters the VG Tournament, not for the prize money and real estate, but in the spirit of competition and learning more about herself as a martial artist.
Satomi Yajima
Voiced by: Yuko Miyamura (Japanese), Amber Quinn (English) 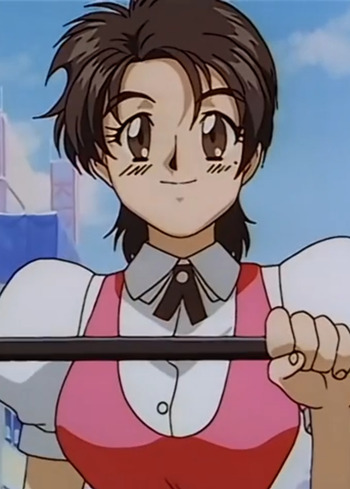 The Deuteragonist and Yuka's childhood friend. Satomi grew up studying Kyokushin Karate under Yuka's grandfather, which is how they became sparring partners. But she's fallen on hard times, since her parents' deaths, leaving her to care for her ill brother, Daisuke, on her own. Once the Jahana Group becomes aware of her hidden power, they manipulate her into entering the VG Tournament. 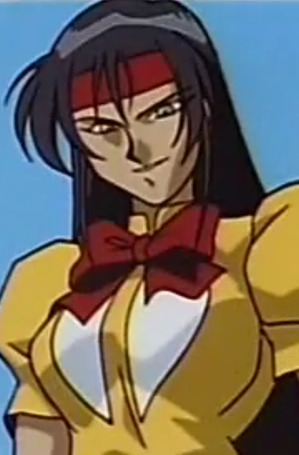 A former Olympic wrestler, who was disgraced after being banned from competition for unnecessarily injuring her opponent, which earned her the nickname:"Bone Crusher". She's looking to restore her honor and integrity by competiting in the VG ring.
Erina Goldsmith
Voiced by: Yuko Nagashima (Japanese), Dara Aylor (English) 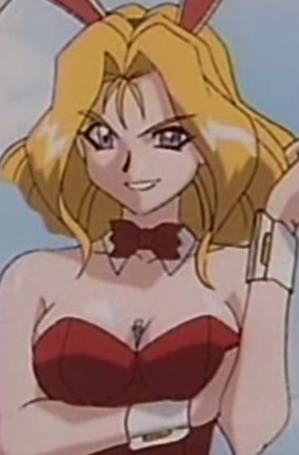 As the tournament's lone American entrant, she's also the only foreigner competing in VG. She leads a team of bunnies, who not only look up to her, they even carry her around on a throne. But, despite what her seemingly carefree nature would lead you to believe, she's got a Dark and Troubled Past and a major chip on her shoulder.
Kaori Yanase
Voiced by: Yuka Imai (Japanese), Katherine Catmull (English) 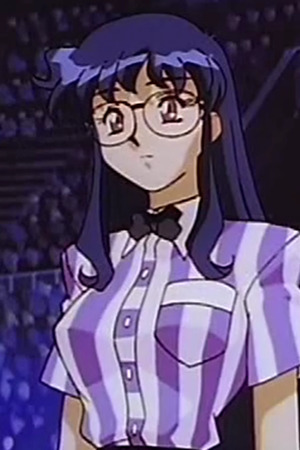 An 18 year old computer technician and practicioner of Tae Kwon Do, she's one of the top competitors participating in the VG tournament. She has a personal score to settle with Reimi Jahana, the two-time defending and current champion.
Manami Kusunoki
Voiced by: Ikue Otani (Japanese), Larissa Wolcott (English) 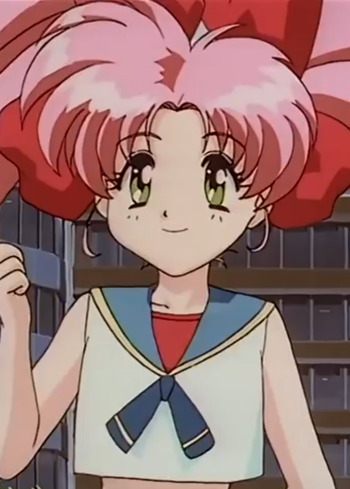 She ties with Satomi as being the youngest entrant in the tournament, at age 16. Though she looks, acts, and dresses more like she's 12. However, she's well aware that she's outmatched by the competition, which is why she has absolutely no intention of fighting to begin with. Instead, she plans to cheat her way to the top by tricking others into fighting her matches for her.
Chiho Masuda
Voiced by: Junko Iwao (Japanese), Jessica Robertson (English) 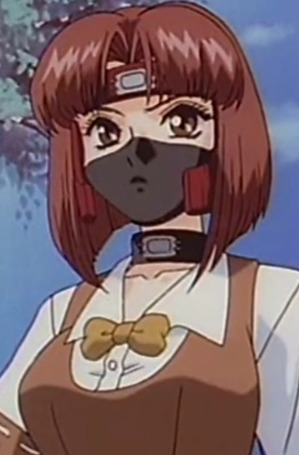 A Ninja of the Masuda Clan, who's acting on orders from her grandfather, by entering the VG tournament to investigate The Jahana Group's activities. She's also friends with Takikage, a fellow ninja who's infiltrated the group, by disguising himself as one of their operatives. 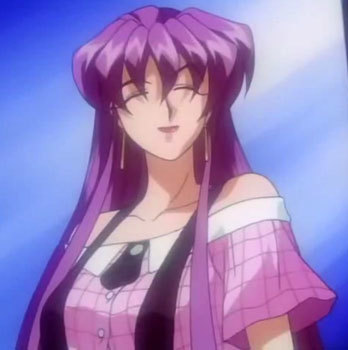 A minor character, who works as a dancer at the SoTO techno/rave dance club. In the anime, she serves as Satomi's first opponent. 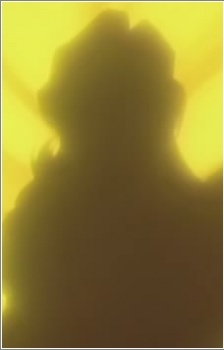 The driving force behind The Jahana Group's actions and the plot, in general. She's also the mother of Reimi, though she has no love for her daughter and sees her as little more than a diversion to her ambitions. Which is to take over a suitably powerful body and reclaim her rightful place as head of The Jahana Corporation.
Reimi Jahana
Voiced by: Yuriko Yamaguchi (Japanese), Lane West, Lauren Worsham (young) (English) 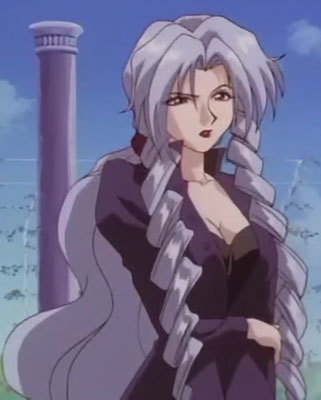 The heiress of the Jahana Family and the two-time defending champion of the VG tournament. Reimi possesses tremendous power and fighting ability, such that few can hope to stand against her, and enters the competition to prove her dominance once again.
Damian/Katoon
Voiced by: Masashi Ebara (Japanese), David Frank Jones (English, Damian), David Stokey (English, Katoon) 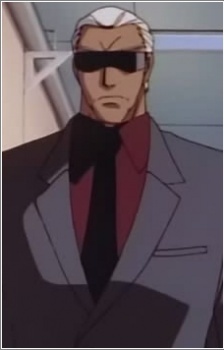 Miranda's most loyal follower and the one she entrusts to carry out her agenda, who undermines Reimi's authority to do so. After scouting Satomi and sensing her latent power, Damian becomes convinced that she would make the perfect specimen to serve as Miranda's new vessel and manipulates her to that end.

Siritahi
A scientist, who works at the Jahana Research Facility and is responsible for providing Damian's medication to help suppress his violent impulses. She's also in charge of dealing with anyone caught poking around the facility. However, it's subtly implied that her real reason for working there, is to find a cure for Damian's condition so they can be together again.

Daisuke Yajima
Satomi's kid brother and only living relative. He suffers from an unspecified medical condition which keeps him bedridden and in need of expensive medical care.
Washio
Voiced by: Kazuya Ichijo (Japanese), Gary Dehan (English) 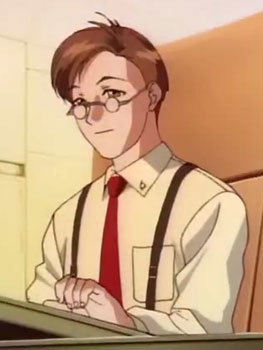 Reimi's personal aide. Little else is known about him, besides the fact that he's apparently her paramour.
The Old Master
Voiced by: Takko Ishimori (Japanese), Robert Rudie (English)
An old man, who's accompanied by a young mute girl. They only make occasional appearances, either so the old man can aid Yuka, or simply impart words of wisdom to her. Though their final scene makes it clear that they have their own agenda.
The Mute
A silent young girl, (presumably) from India, who accompanies the old man. Like him, we never learn her name.