There are nine main characters in LazyTown, all but three of them played by puppets, as well as several oneshot characters and characters from earlier versions of the franchise. In addition to the main actors listed below, many different actors have played the characters (including the ones normally portrayed by puppets in the television series) in the various LazyTown live productions. 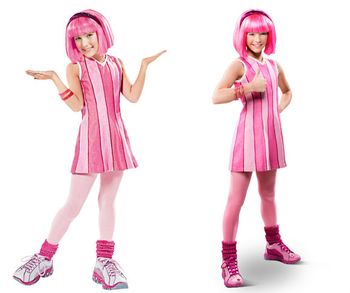 The main character of the show and Audience Surrogate, Stephanie is initially new to LazyTown and decides to help her new friends become and stay active. She loves to dance, sing, and have fun, but is scared of heights. In the original plays she was an aspiring dancer with weak and stiff joints, who became stronger with Sportacus's help. 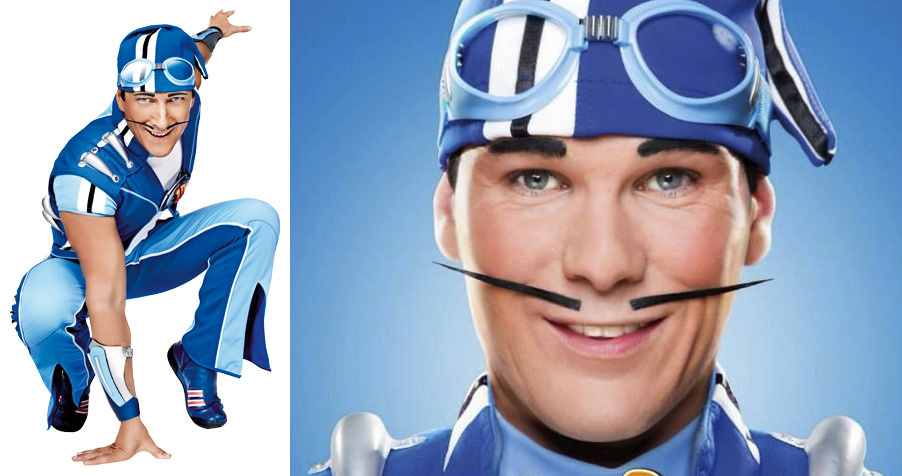 Sportacus is the Number 10 superhero of LazyTown, and always appears to save the day when someone's in trouble. Full of energy and always active, Sportacus never does things halfway and encourages the townspeople to be active—but always remembers to make it fun. In the original plays he had much the same role, albeit more mischievous and stern, and his reach extended beyond LazyTown. 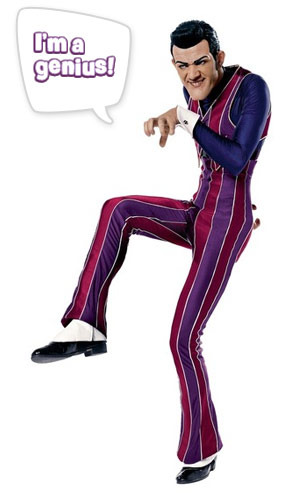 The local villain of LazyTown and self-proclaimed master of disguise, Robbie Rotten is the meanest and allegedly laziest person in town. He schemes to make everyone in town as lazy as he is, going to extreme lengths to do so. While his plans are always foiled, like any good villain, Robbie never stops trying. In the original plays, he was a more sinister character and a feared criminal, with similar goals but more malicious and deceitful means of achieving them. 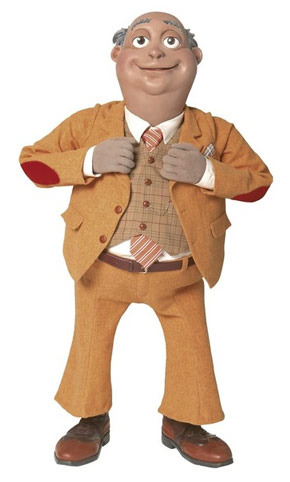 The bumbling, lovable Mayor of LazyTown and Stephanie's uncle. He is nervously hyperactive and rarely competent, especially when Robbie's concerned, but he has a good heart and always wants what's best for the town. In the original plays he was a more serious character, lamenting the state of the townspeople and hoping for someone to help before it was too late. 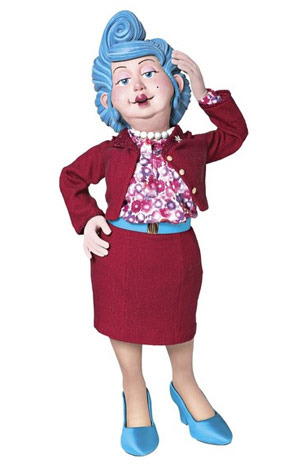 The town gossip and the Mayor's maybe-girlfriend, Bessie Busybody loves to chat but isn't fond of sports. She is often seen relaxing or talking on the phone, and loves to bake cakes and other treats. In the original plays she was more of a curmudgeon and had a bad smoking habit. 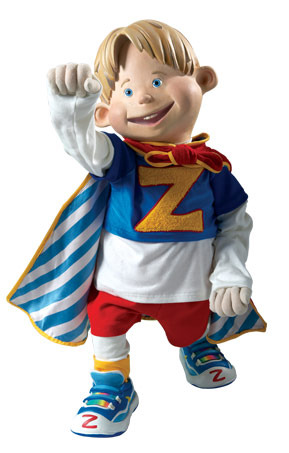 Played By: Gudmundur Thor Karason (US) / Lorraine Parsloe (UK)
A candy-loving young boy and Sportacus's biggest fan. Ziggy loves sweets of all kinds, but with Sportacus's help he learns to moderate his snacking and stay active. In the original plays he was even more focused on candy and didn't hero-worship Sportacus.
Pixel Hyperbyte 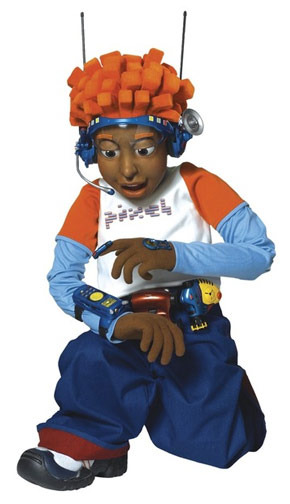 A bright young boy with a passion for technology and screens. Pixel is an amazing inventor and is very good at video games, but Sportacus helps him learn that playing outside can be fun too, and that sometimes it's best to do things by hand. In the original plays he was solely addicted to screens, without any inventor traits. 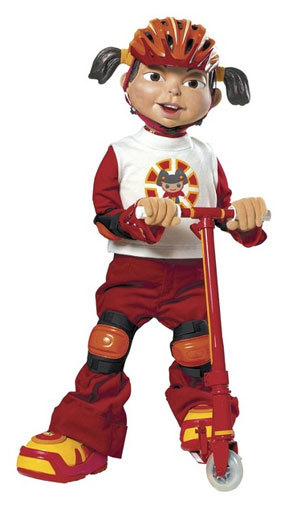 A mischievous prankster with a love for fun, but not much respect for rules. Sportacus helps her stay inside the lines but still find the fun in things. Trixie is especially close with Stephanie. In the original plays she was a bully at first, but became softer over time out of a desire to have friends. 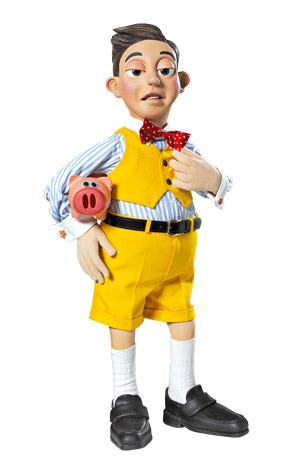 A spoiled, selfish boy with a love for money, Stingy thinks most things are his by default. Sportacus helps him to share and have fun with his friends. In the original plays he was initially purely selfish, with his money-loving trait being added in the second play.

Eyrún/Penny
A character from the very first Icelandic play. Penny is a spendthrift who begs and borrows money, only to spend it immediately. She does not return for the sequel play, though her money-loving trait was given to Stingy.
Maggi/Jives
A character from the Icelandic plays who was cut from the show, though his house's design cameos on occasion. Jives' problem was being picky about his food, which led to lethargy and malnourishment when he only ate sugary cereal. Afterwards he became much more athletic and happy, acting as a mentor to the other kids.
Officer Obtuse
A character from the Icelandic plays and the local law enforcement of LazyTown. While effective in the first play, in the second he's not very good at his job and is easily fooled by Glanni's schemes.
The Postman
A character from the Icelandic plays and LazyTown's resident postman. He doesn't appear often, but when he does it's plot-important.
Haninn the Rooster
An anthropomorphic, lazy rooster who longs for LazyTown's lazy days, though his grumbling is ineffectual compared to Glanni's schemes.
The Genie
The Great Genie of Everlasting Eternity. Robbie Rotten freed him from his teapot and received three wishes as a result, though none of them worked out like he planned.
Chef Pablo Fantastico
A world-famous Mediterranean chef who cooks with passion, love, and olive oil. He also enjoys soccer.
Bobbie, Tobbie, and Flobbie Rotten
A trio of Robbie Rotten look-alikes. They perform at birthday parties, weddings, conferences, mall openings, and (for Robbie) as henchmen.