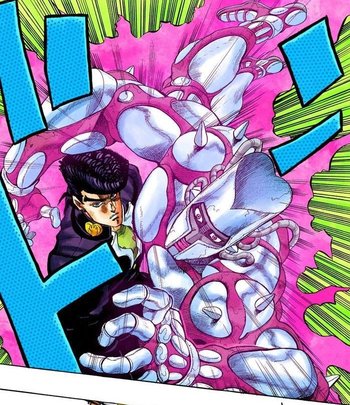 Or in this case, real men's physical manifestations of their fighting spirits wear pink.

Examples of Real Men Wear Pink in anime and manga.