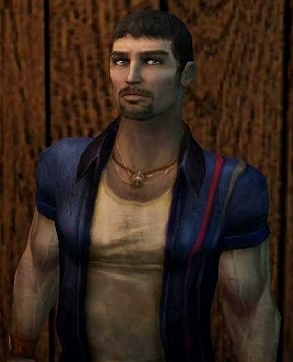 Voiced by: Armando Valdes-Kennedy
LA's the school of hard knocks, so keep your friends close and your enemies in a barbecue pit.

Leader of the Anarchs in Los Angeles, Nines is a Brujah freedom fighter and product of the Depression: He loathes the Camarilla and the Kuei-Jin with a passion and believes in the continued existence of the Free State LA, but is forced to tolerate the other factions because he hasn't got the manpower for an all-out war against both sides. Having lost his own Sire at a young age, he opposed your execution in the first place and also helps you out a couple of times during the story; Jack implies he has a soft spot for outcasts like the fledgling. 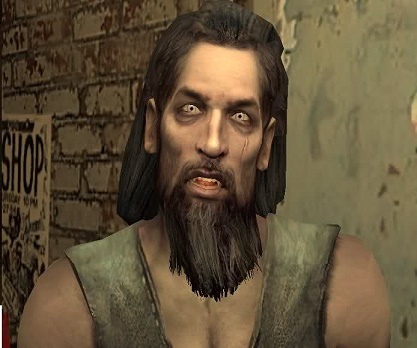 A jovial Brujah Elder who teaches you the basics of Vampire lore and the mechanics of the World of Darkness. 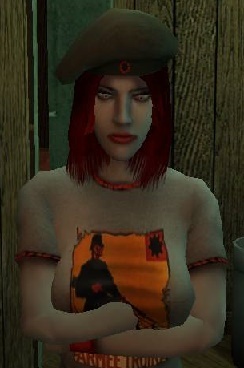 Voiced by: Courtney Taylor
You wanna know what my problem is? Alright, I'll tell you what my problem is, you ready? You are my goddamn problem! Anyone who would lay it down for some cape in an ivory tower deserves what they get!

A bad-tempered, hot-blooded Brujah girl and one of Nines' henchmen. Is quite rude to start, but turns out to have a nicer persona after all, under the right circumstances. She is a devout communist. 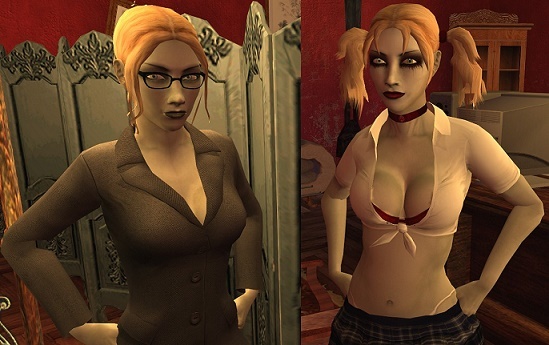 Voiced by: Grey Delisle
Therese Voerman, yes. I'm the proprietor of this club, and the only person in this city whose good side it's in your best interest to stay on.
— Therese
Oooh, what do we have here? Another scrumptious young plaything straight out of life and into my club? Mmm... you smell new, little boy/girl, like fabric softener dew on freshly mowed Astroturf. Oh, I'm not frightening you, am I, duckling?
— Jeanette

The Voerman Twins make up Therese Voerman, Anarch Baroness of Santa Monica, and her sister/nemesis Jeanette, a Malkavian and owner of the Asylum nightclub. The two almost never operate alone, and fill the same character sheet. 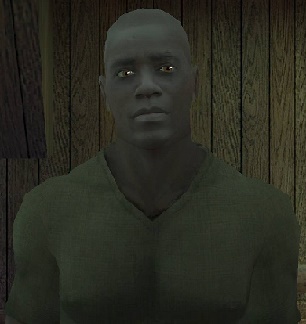 Voiced by: Phil LaMarr
Whatever, man. I choose not to submit: I signed away my rights once, and it landed my ass in a southeast Asian jungle with nothin' but an M16 and a shitload of questions. Now I'm dead, and the real hell starts. I'll be dust before I roll over and take it again.

A Gangrel and another of Nines' men. Conversation with him reveals him to be a Vietnam veteran. 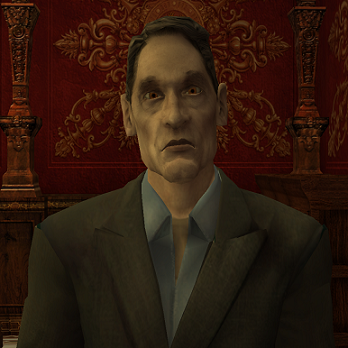 Voiced by: Jim Ward
I don't fear LaCroix, nor do I give a damn about his jackboot sycophants and court jesters. Let them all come to Hollywood! It would be a battle sequence worthy of Kurosawa!

The Toreador Baron of Hollywood, and the financier of just about every single major American film made in the last few decades. He helps you in your quest to find the Nosferatu. Additionally, he's the sire of two other characters you meet in L.A.: Ash Rivers (whom he sired), and Velvet Velour (who he adopted). 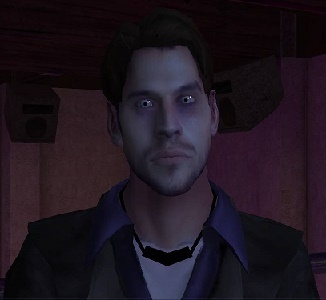 Voiced by: Jay Gordon
I didn't ask for this. I didn't ask for Isaac to save my life. Maybe I wanted to die. I was having fun, dammit! I was alive! Who the hell gave him the right to deny me that? I can't act anymore. I can’t love anymore. All I can do now is... fade into obscurity.

A former Hollywood star and Isaac's Childe, having been Embraced to save him from dying of a drug overdose. By the time you meet him, he's deeply tired of his vampiric unlife and surrounded by vampire hunters, so it's up to you to save his life. 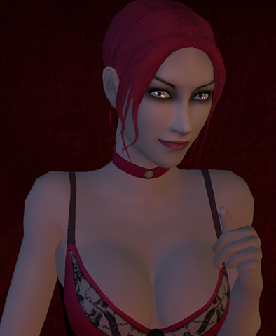 Voiced by: Nika Futterman
Sweet Kindred, Thank you again for all you did for me. I want you to know that I meant it when I said I adored you. You made me feel that the world was not nearly as dark and desperate. I hope to see you again in my club... And in my dreams. All my love, VV.

Toreador Vampiress, Isaac's adopted Childe and owner of the Vesuvius club in Hollywood. She's not very interested in playing Jyhad, but provides a number of quests about maintaining the Masquerade.