The Thin-Bloods
Voiced by: Margaret Tang (Lily), Greg Ellis (E.), Courtenay Taylor (Rosa), Robin Atkin Downes (Copper) and James Arnold Taylor (Julius)
We all seem to have come down with the same disease — ah, hell, who am I kiddin', we're a bad horror show alright. And we seem to be the runts — the mistakes. You types call us thin-bloods... I say we're all equally screwed.
— E

A group of young, high-generation vampires living under the Santa Monica Pier, all of them are outcast from mainstream vampire society and on the run from the Sabbat; as such, most of them are in need of your help - with the exception of Rosa, who seems to be expecting you. 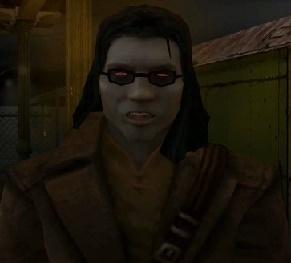 Voiced by: Michael Gough
I consider myself a seeker of reluctant information; "scholar" sounds like academia — Ugh! 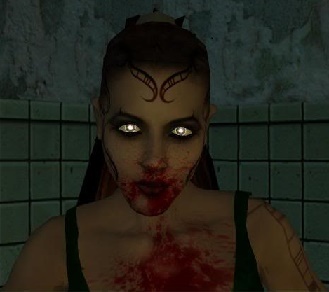 A Nagaraja occultist found lurking in the basement of an abandoned hospital, she will trade you a number of useful items in return for rare magical artifacts. Unfortunately, if you want to gain her trust, you've got to help recapture her next victim.

The Brotherhood of the Ninth Circle 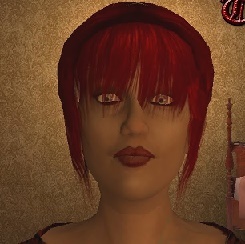 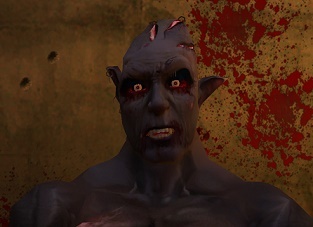 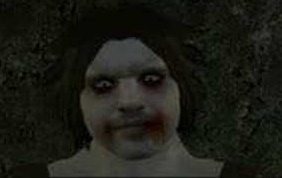 A cult of vampires spreading a lethal disease among the prostitutes and beggars of downtown Los Angeles, they're also known as the Plaguebearers. They're dealt with in the secondary quests "Fun with Pestilence" and "More Fun with Pestilence", and though the Anarchs apparently kill off most of the cult between the quests, you meet three leading members yourself: Jezebel Locke (a Toreador seductress infecting prostitutes), Brother Kanker (a Nosferatu infecting homeless people) and Bishop Vick (a Toreador, who runs the cult and "cares" for several dozen infected). 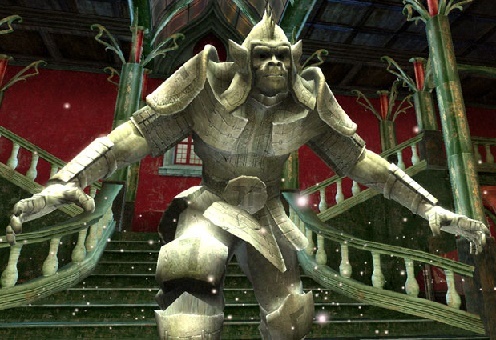 Talk? No! Always Kindred are talking, scheming, hurting others with their lies! Monsters, you all! Abominations! A curse upon the earth!

A massive stone monster created by Strauss and used as a bodyguard - up until he went rogue and hid himself inside the old Chinese theatre in Hollywood. You can be sent here by Strauss or Isaac (or both) to kill him, or convince him to work for the Anarchs. 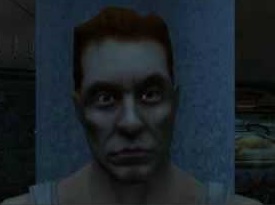 Voiced by: James Arnold Taylor
Revenge. Justice. Whatever you want to call it. All I thought about is taking these evil animals, ripping them to shreds and licking their blood from my claws.

A Gangrel neonate who's been murdering ex-convicts up and down Los Angeles.

The American branch of the infamous family of necromancers, the Giovanni are comprised of humans, ghouls, and the rare few chosen to be Embraced and made into full-fledged vampires. Decadent, opulent and messed up beyond measure, the necromancers are a force to be reckoned with - especially when you're saddled with the task of crashing their reunion party. 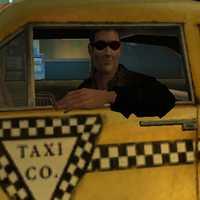 Voiced by: André Sogliuzzo
"Where to?"

A mysterious Kindred who drives the yellow taxi that transports player character from place to place.