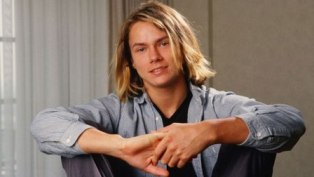 "I'd like to play every type of character, but only once. I like to experience things."
Advertisement:

He became famous as a teen actor, but his promising career was cut tragically short when he died of a drug overdose at 23. Three of his younger siblings — Joaquin, Liberty, and Summer — have posthumously named some of their children after him.