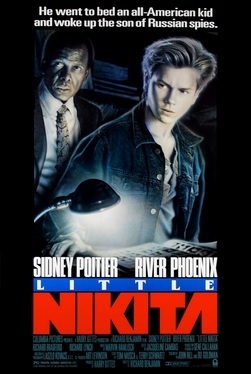 It is about how the investigation of an FBI agent (Poitier) about Soviet agents leads a young man (Phoenix) to discover that his parents are spies. In the meantime, they must face a rogue Soviet agent, Scuba (Richard Lynch), who is killing KGB agents.